Today Memphis Depay’s moved from Manchester United to Lyon was all wrapped up for £16m rising to £21.7m, with the add-ons. Such add ons Include Lyon qualifying for the Champions League and Depay getting a new contract. 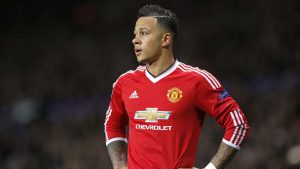 What Mourinho Has had to say

Since the deal has been confirmed Mourinho has been saying some kind words about Depay and alks about a possible Depay return.

“From my perspective, instead of trying to say why it didn’t work. I think it is easier for me – and he deserves me to say – that he was a fantastic professional,” said Mourinho.

“The guy is a fantastic professional, he is a kid that respected everyone, a kid that tried to work hard to get more chances, a kid that was frustrated because he was not having that, but I only have good things to say about him.”

He added: “If I can find a little reason, it is to say he is a player from one position and the only position where we have overbooking. Wingers are what we have more of, so it is a position more difficult to have chances.”

After the press conference is has slowly emerged that Manchester United place and extraordinary buy back clause in Depay’s contract. He could be bought back for exactly the same price as he was sold! This is huge news for Manchester United fans and probably great news.

Despite selling him for several million less than they bought him for,  it might not be too long until we see him back in the premier league.

Manchester United fans are just wishing the same had been put in Cristiano Ronaldo’s sale!

< Prev StoryThree sisters age 92, 94 and 96 live in a house together on Bodmin Moor.