The appearance of fake news on websites and social media has led scientists to think a “vaccine” is needed to immunise people against the problem. Even fabricated stories alleging the Pope was backing Trump and Hillary Clinton sold weapons to the so called Islamic State group were read and shared by millions of Facebook users during the US election campaign.

Facebook has even announced new features to help combat fabricated news stories, and there is pressure on Google and Twitter to do more to tackle the issue.

“Misinformation can be sticky, spreading and replicating like a virus. The idea is to provide a cognitive repertoire that helps build up resistance to misinformation, so the next time people come across it they are less susceptible.” said Dr. Sander Van Der Linden, the lead author of the study. 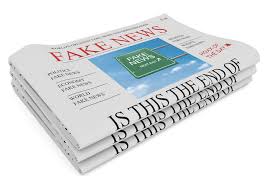 WHAT IS FAKE NEWS?

The way content moves on social media, it can sometimes be difficult to tell real and fictional stories apart. There are hundreds of fake news websites, from those which deliberately imitate real life newspapers to government propaganda sites. Some times, they are employed to suit political ends.

Researchers said “pre-emptively exposing” readers to a small “dose” of the misinformation can help organisations cancel out bogus claims. The study was conducted as a disguised experiment in which more than 2,000 US residents were presented with two claims about global warming. Researchers said when presented consecutively, the influence well-known facts had on people was cancelled out by bogus claims. But when information was combined with misinformation, in form of a warning, the fake news had less resonance.

Next Story >PHOTOSHOP remains the most effective WEIGHT-LOSS METHOD