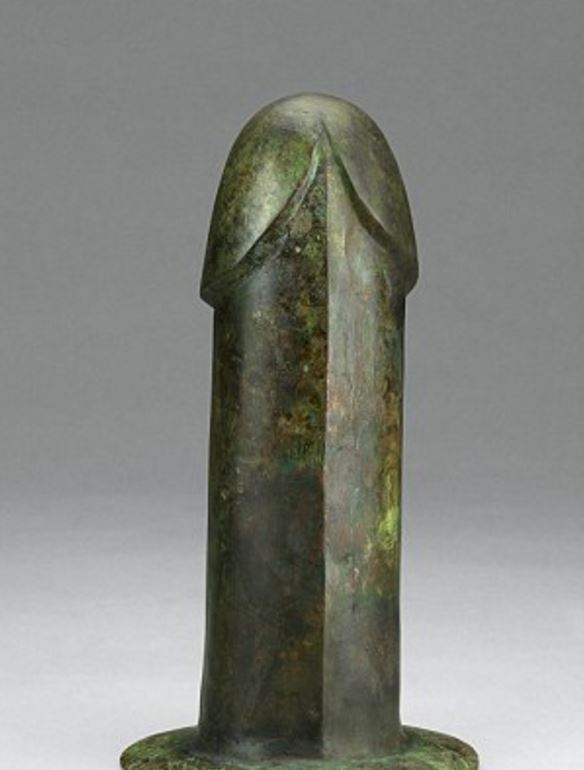 Rare pictures have been released showing the ancient sex toys that once belonged to the Chinese royals and aristocrats.
The two pleasure devices, both made of bronze, date back more than 2,000 years to China’s Han Dynasty (206 BC–220 AD).
They were discovered in the modern-day Jiangsu Province near Shanghai inside the ancient tombs belonging to the rich and powerful. 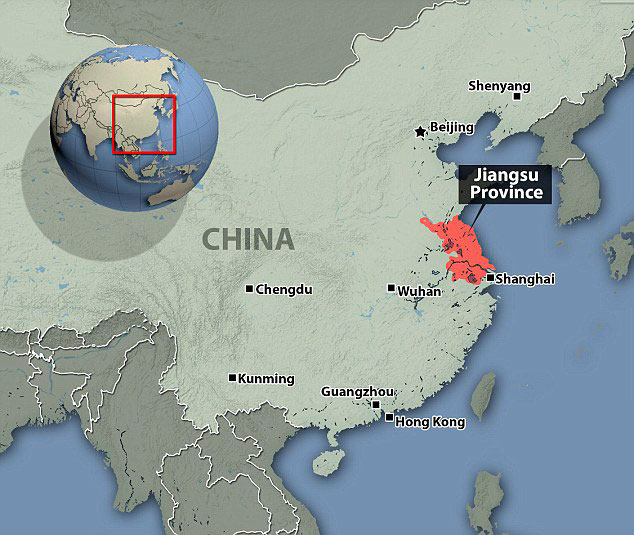 It was unearthed by archaeologists in 2012 and has since been kept at the Yizheng Museum. It is not shown to the public.
A member of staff at the Yizheng Museum told MailOnline that the bronze item had been found inside the tomb of an aristocrat in the West Han Dynasty (206 BC–8 AD), the first part of the Han Dynasty.
The other sex toy apparently belonged to a Chinese imperial family.
The artefact, which has a flat base, was found inside an ancient tomb in the Xuyi County in western Jiangsu in 2009. It has been kept at the Nanjing Museum, the capital of Jiangsu Province.
In 2011, the owner of the tomb was identified as Liu Fei (169BC-127BC), the first king of Jiangdu, an autonomous kingdom within the Han Dynasty, according to China News.
Liu Fei was also a half-brother of the Emperor Wu of Han, who ruled from 141BC to 97BC 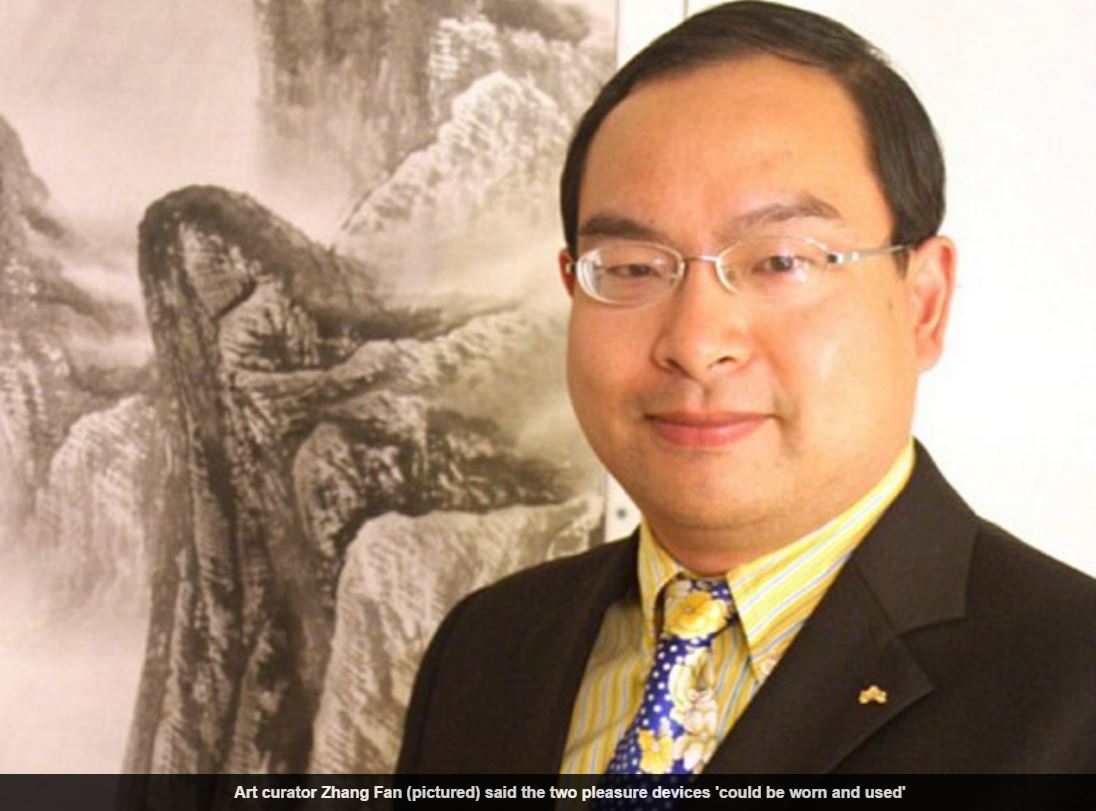 According to Mr Zhang, the other intimate artefacts at the exhibition will include a large silver basin for taking baths, a working stone latrine with an armrest and an elaborate ceramic urinal.
Jay Xu, the director of the Asian Art Museum of San Francisco and the co-curator of ‘Tomb Treasures’ said: ‘This exhibition underscores how connected we really are to the past, that we share the same passions across time and culture.’
The exhibition will run from February 17 to May 28.

The two extraordinary sex toys will go on display at an upcoming exhibition at the Asian Art Museum of San Francisco in the United States.
The exhibition, called ‘Tomb Treasures’, will showcase more than 160 artefacts from the Han Dynasty.
The historical items, all found inside ancient tombs, include luxurious daily life ornaments, worship items as well as private objects associated with sex and pleasure.
Zhang Fan, the co-curator of ‘Tomb Treasures’, said the two pleasure devices ‘could be worn and used’ and that they reflected an ‘almost modern appreciation for the body’s needs and wants’.

Next Story >This horse gets reunited with an old friend. But keep your eye on the one in red