This is the incredible moment a pod of dolphins joined a group of surfers, riding waves in Cornwall. Photographer Karen O’Dell said she’d never seen anything like it before.

She caught them in action at Porthmeor Beach at St Ives in Cornwall on Saturday.

‘I was at the beach with my three children, a friend and her child,’ she said. ‘Our children surf but it was really high tide.

‘My children were in their wetsuits playing in the sea when we saw the dolphins. 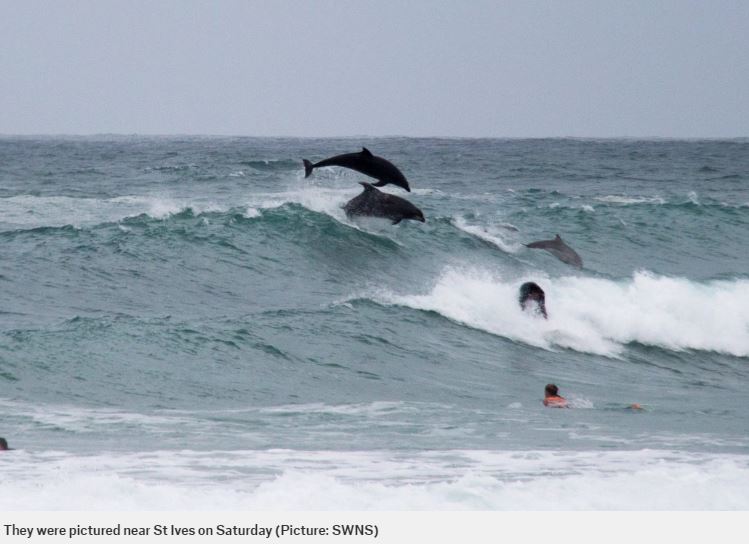 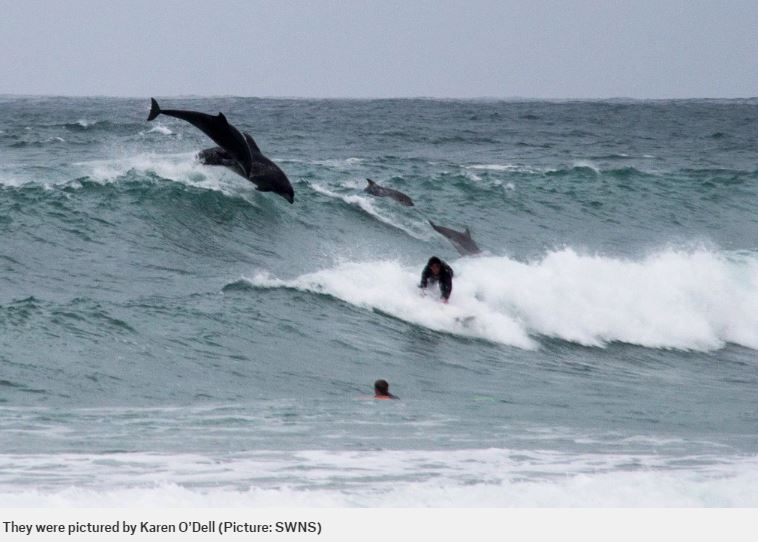 Karen, from St Ives in Cornwall, added: ‘The pictures I got were good but it does not recapture the feeling of seeing them amongst the waves – it was just amazing.

Karen’s three children – Harvey, 11, Oakley, six, and Elsie, three – didn’t get too close to the dolphins due to the rough tide but the surfers were enjoying the animals’ company.

‘One of the pictures shows a dolphin right behind a surfer,’ the full-time photographer added. ‘They were having a great time.’ 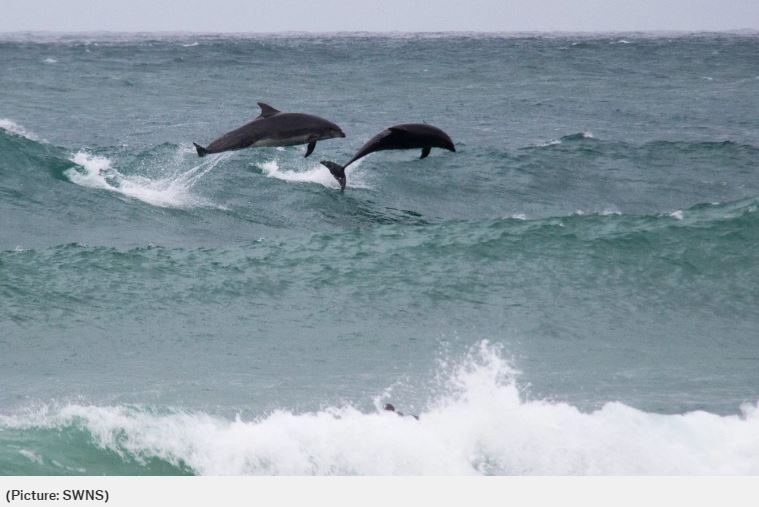 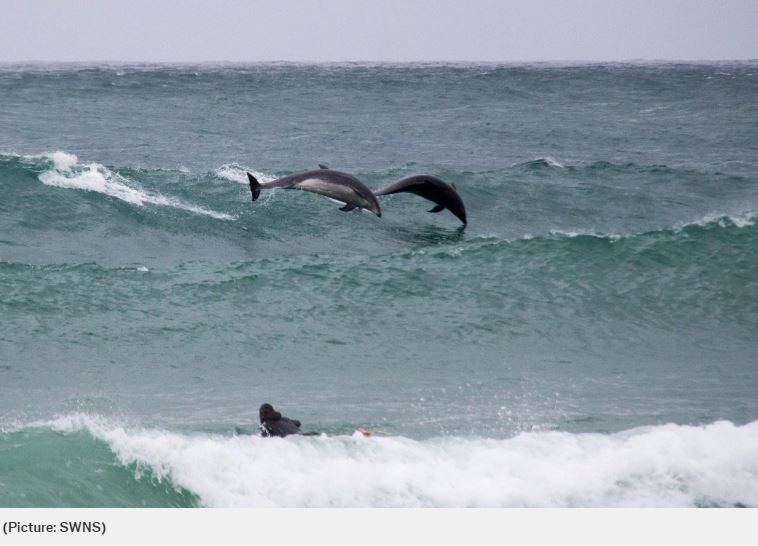 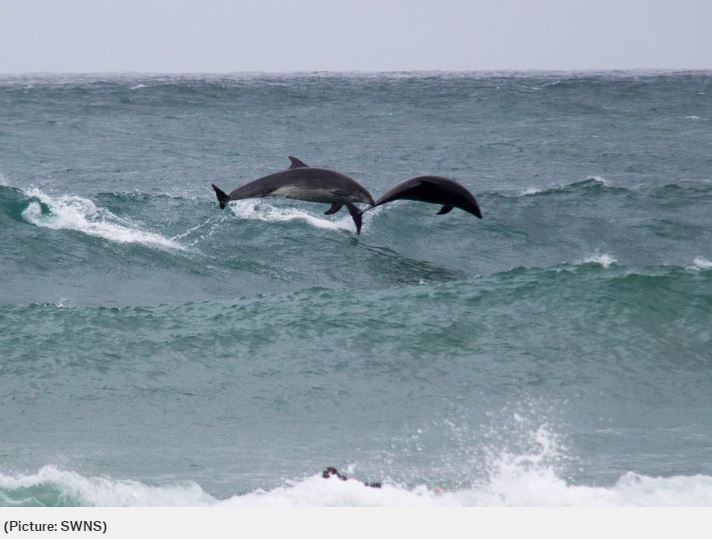 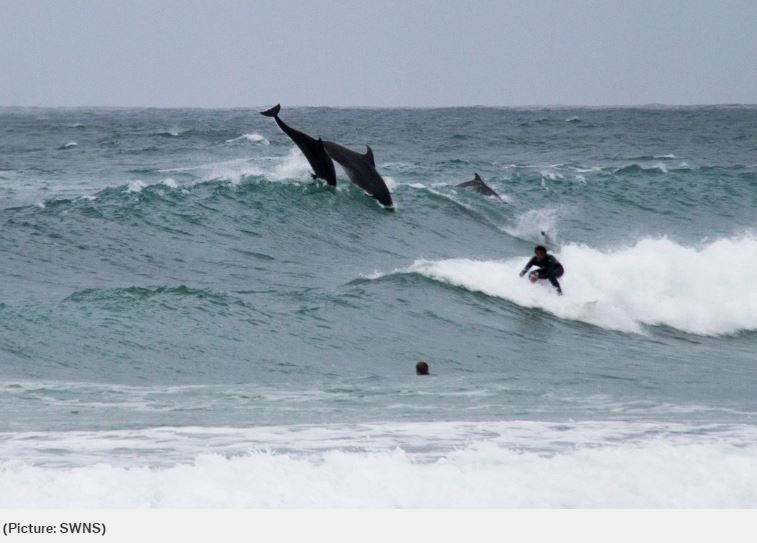 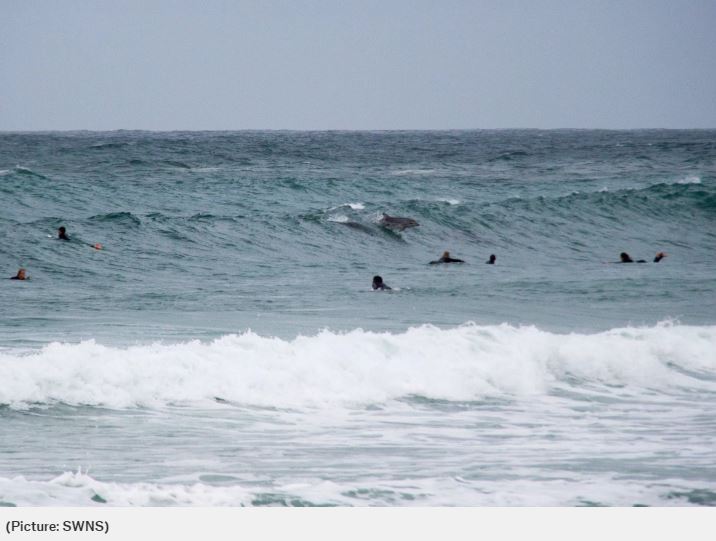 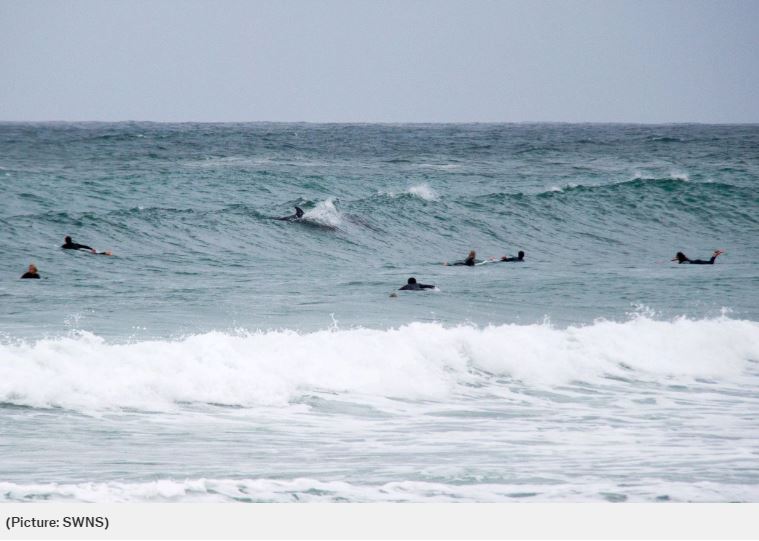 ‘At first we just saw them flipping out, then they came really close – they were playing with the surfers and jumping in the waves.
‘I would say there were between five and ten of them. It was spectacular to watch.’

< Prev StoryKate, William and Harry extremely competitively in the race