Nokia’s 3310 phone has been relaunched nearly 17 years after its debut.

Many consider the original handset iconic because of its popularity and sturdiness. More than 126 million were produced before it was phased out in 2005.

The revamped version will be sold under licence by the Finnish start-up HMD Global, which also unveiled several Nokia-branded Android smartphones.

One expert said it was a “fantastic way” to relaunch Nokia’s phone brand.

“If HMD had just announced three Android devices they would have barely got a couple of column inches in the press.

“The 3310 was the first mass-market mobile and there’s a massive amount of nostalgia and affection for it,” commented Ben Wood from the technology consultancy CCS Insight.

“If HMD had just announced three Android devices they would have barely got a couple of column inches in the press.

“So, the 3310 is a very clever move and we expect it will sell in significant volumes.” 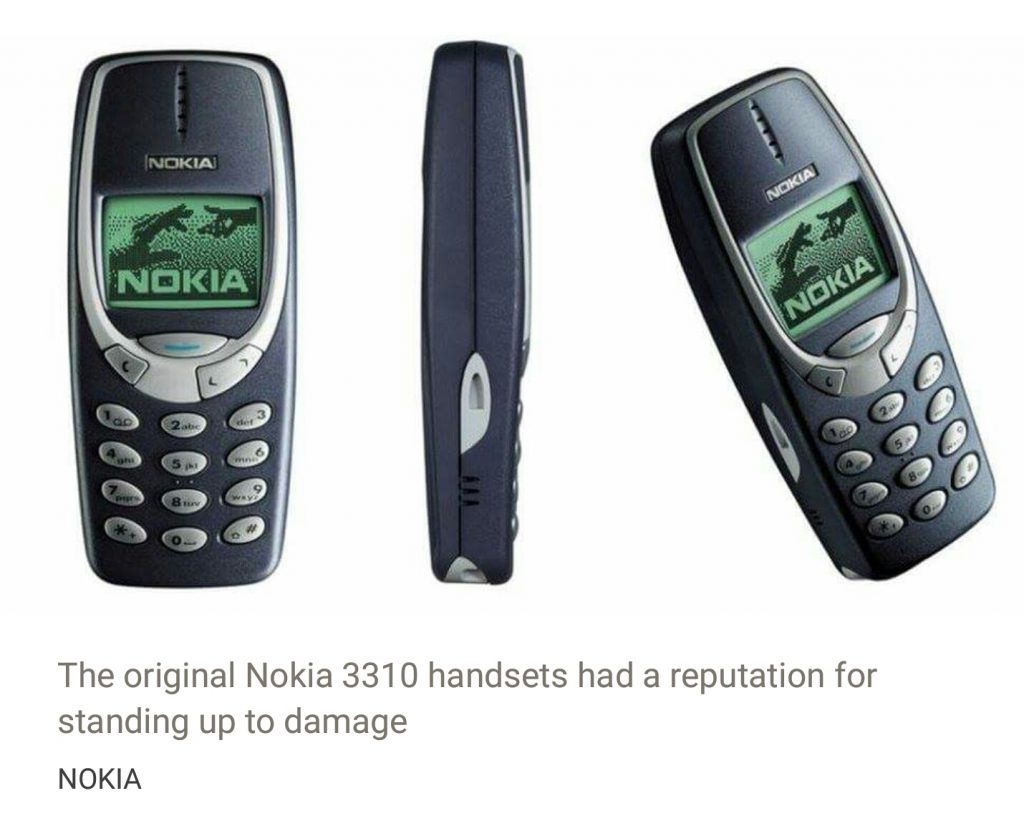 The new 3310 qualifies as a “feature phone” rather than a smartphone as it only provides limited internet facilities.

It relies on 2.5G connectivity – which has slower data speeds than 3G or 4G – and is powered by the S30+ operating system, which allows web browsing but has a much smaller range of apps than Android or iOS. Its single camera is also restricted to two megapixels.

However, its advantage over more powerful handsets is its battery life. HMD says the colour-screened phone has up to a month’s standby time and delivers more than 22 hours of talk time.

It also comes with the modern version of the classic game Snake preinstalled.

“If you want to switch off to an extent but you still need to have a [mobile] lifeline, it’s a brilliant solution.

“Why wouldn’t you buy this like candy? If you see this hanging on the shelf at the checkout in a [see-through] package, then you’d just buy it as an accessory.”