They are rarely seen in the English Channel. Usually these giant creatures migrate from Caribbean to the Arctic Circle to feed in the summer. 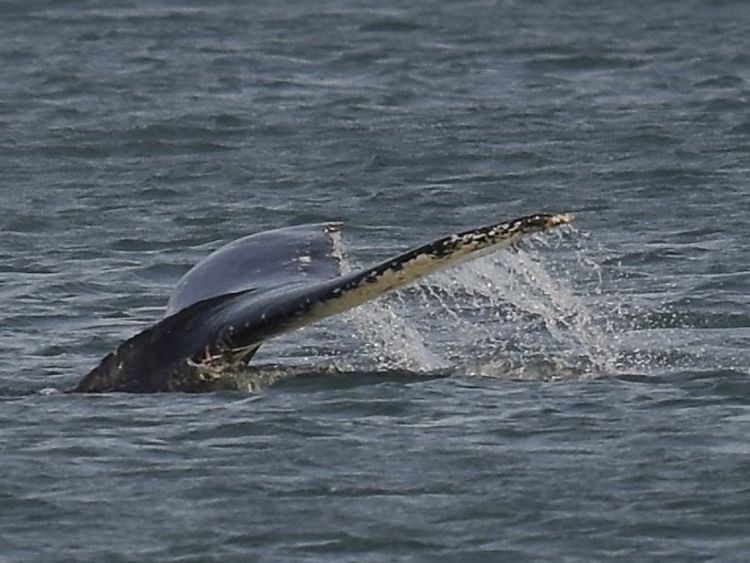 Experts are of the opinion that the whale seen off the shore, even though it is close to land near Brixham, is neither off course nor distressed.
Lindy Hingley, founder of Brixham Sea Watch said: “Everyone is very excited and it’s most unusual to see this whale but it shouldn’t be here and it’s really quite worrying.

“The only chance it has got is for us to admire it and respect it and leave it alone. We’re appealing to people to stay away and not go out in boats.”

There has been an increase in whale sightings around the UK.British Divers Marine Life Rescue, a charity organization is currently monitoring the humpback whales in the area.

They have been sighted off the coast of Cornwall, Devon, Kent, Suffolk, Norfolk, Yorkshire, Northumberland and the North West, which is unusual.

The British Divers Marine Life Rescue is urging people not to disturb the whales by bringing boats near them. It would cause the whales to beach in panic or to swim into areas where it would get entangled in fishing gear.

In UK, it is illegal to disturb a whale or dolphin. So if you divert them or cause any problems to it at all, you will be prosecuted.