A monster 25ft shark has been spotted at Chapel Point, Mevagissey by local photographer Matthew Facey, who was capturing pictures of the Cornish coastline using a drone. The decomposed body of the shark was found floating upside down near rocks and is believed to be a basking shark. 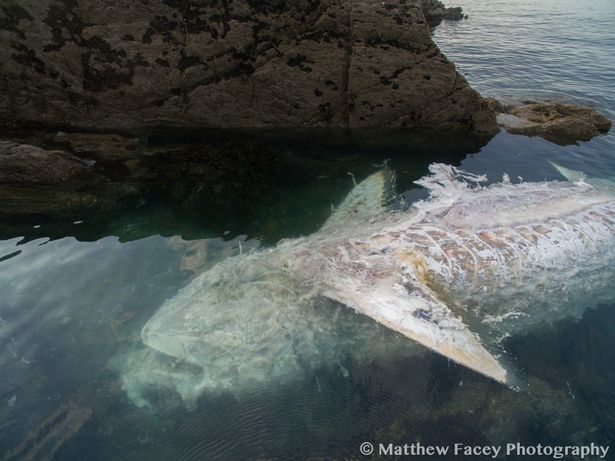 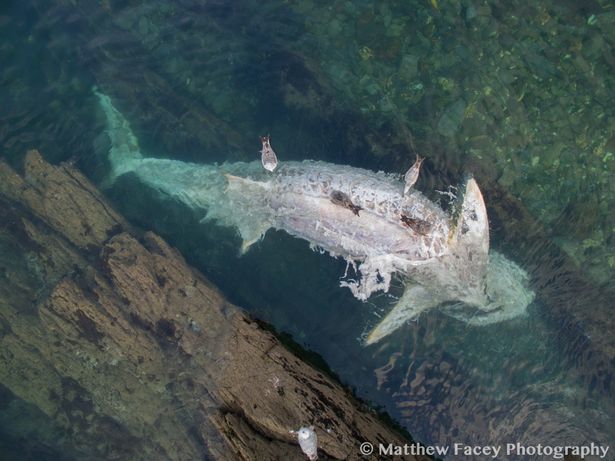 Basking sharks are a common occurrence in waters off the coastline of Cornwall, but to see one of their carcasses up close is very rare.

“This part of the world is a hotspot for basking sharks, but when they die, their carcasses sink, so they don’t often wash up. This means that this is a very rare opportunity for us.” 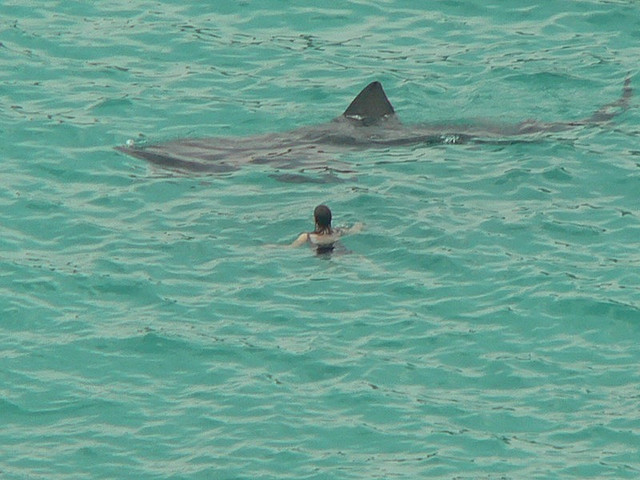 There have been a number of these giant sharks seen around Cornwall this year, with April and May being the best months to catch a glimpse of them.

“We are just at the beginning of the season at the moment. A few have already been spotted off Cornwall, we have had sightings from the Lizard and Mounts Bay.” said Niki Clear.

If anyone spots one of these amazing creatures it is hoped they contact Cornwall Wildlife Trust to help with research, and the public can also call the Marine Strandings Network on 0345 201 2626.

Next Story >John Bishop is in Cornwall - He has a rant about bad hotel rooms while on tour: …