There’s nothing worse than missing your junction on the motorway, aside from the road rage that it seems to conjure up, you’ve just added extra miles to your journey with you having to wait until the next exit so you can turn around.

So, spare a thought for 83-year old granny Valerie Johnson who recently set off on the six-mile journey to her local hospital appointment in Worcester and ended up 300-miles away in Scotland, where she only stopped because she ran out of fuel!

It is believed Valerie took the wrong turning because of roadworks and her usual 10-minute journey ended up being an 8-hour drive where she ended up in Larkhall, Lanarkshire, with her daughter having catch a plane to go and retrieve her.

Luckily the cross-country granny’s car came to a halt outside of a very hospitable couple’s house, who came to her rescue and looked after her until he daughter arrived. 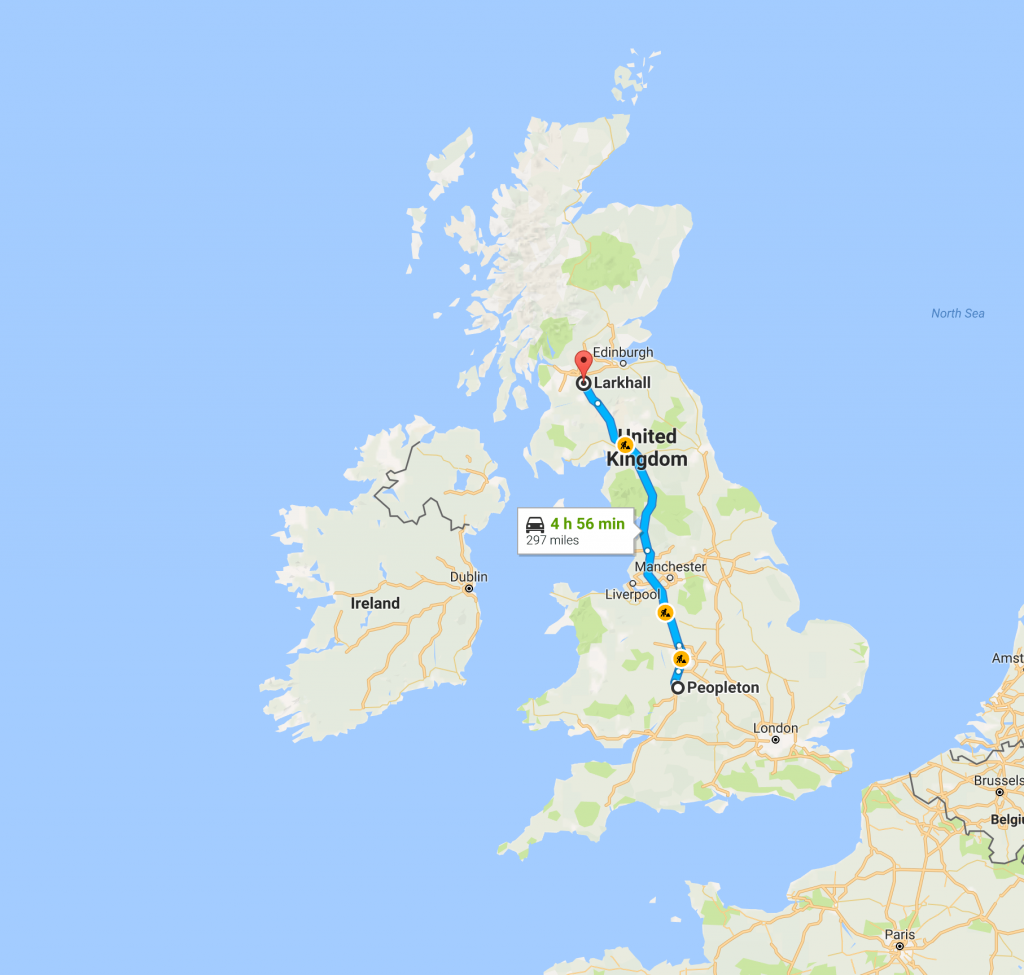 “Mum’s next-door neighbour called me to say she hadn’t come back and he was worried. I thought she must have had an accident.

‘We called the police and by the time I got to her house, they said they had spotted her car on a traffic camera at Preston at 11pm.

I said it couldn’t be my mum because she hates driving, she doesn’t usually drive more than three miles.

But it was her and she was still heading north and we had to get the Scottish police involved.”

Sergeant John McLeish from Larkhall police added: “A local couple assisted Valerie and she informed them that she was lost. The couple called the police at Larkhall who contacted West Mercia Police to inform her family.

Local officers called an ambulance to ensure she did not require any medical attention.

‘The local couple very kindly looked after the woman, ensuring that she was comfortable until her relatives arrived from England to collect her.”

< Prev Story10 of the funniest tweets about Eurovision