In the video you can see Ben Brown in the middle of an interview when a female passerby interrupts the broadcast. After a brief exchange of words the reporter reaches out to push the woman away but ends up touching her breast. The unknown female then slapped him before walking off.

The incident went viral on social media networks with some people calling for the BBC presenter to be sacked and others suggesting that West Yorkshire police should investigate the incident claiming his conduct was disgraceful. 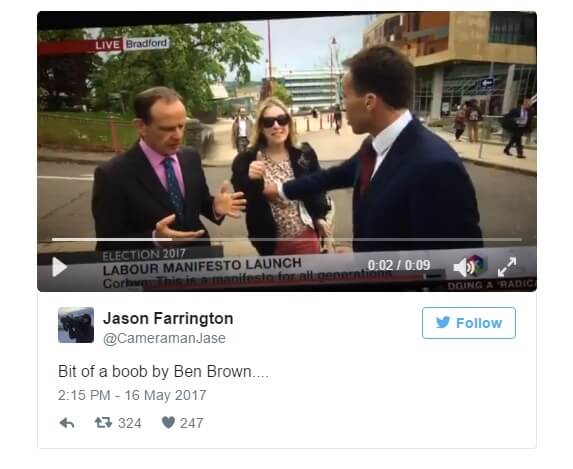 Brown tried to explain his actions to his 5,900 Twitter followers saying that he did not mean to touch the woman’s breast and that he simply tried to ‘minimise disruption on a very tricky live interview’.