With just 20 days to go until the general election the Conservative party have finally launched their manifesto. The document sees the Tories pledge to increase the levy firms pay to employ migrant workers and reduce immigration.

The Conservative government under Theresa May has promised to tackle the five giant challenges facing Britain over the coming decade. The Prime Minister warns that the next five years are going to be the most challenging the UK is faced for over 60 years.

She added: ‘As well as the massive task of pulling the UK out of the European Union, the government elected next month will need to deal with the challenges of building a strong economy, tackling social division, meeting the pressures of an ageing society and making sure that Britain responds to the upheavals caused by fast-changing technology.

‘The next five years are the most challenging that Britain has faced in my lifetime. Brexit will define us: our place in the world, our economic security and our future prosperity,’ said May.

‘So now more than ever, Britain needs a strong and stable government to get the best Brexit deal for our country and its people.

‘Now more than ever, Britain needs strong and stable leadership to make the most of the opportunities Brexit brings for hard-working families.

‘Now more than ever, Britain needs a clear plan. This manifesto – Forward, Together: Our Plan for a Stronger Britain and a Prosperous Future – will meet the great challenges of our time, beyond Brexit.

‘With this plan and with a strong hand through Brexit, we will build a stronger, fairer, more prosperous Britain for all of us.’

Here’s a closer look at the manifesto:

A full review of business rates.

A balanced budget by the ‘middle of the next decade’.

Legislation to make executive pay packages subject to annual votes by shareholders and listed companies will have to publish the ratio of executive pay to ‘broader UK workforce’ pay.

Second part of the Leveson Inquiry into the culture, practices and ethics of the press will not take place.

Repeal section 40 of the Crime and Courts Act 2014, which would – if enacted – force newspapers to pay their opponents’ legal costs linked to libel and privacy actions, even if they win in court, if they are not signed up to an officially-recognised regulator. 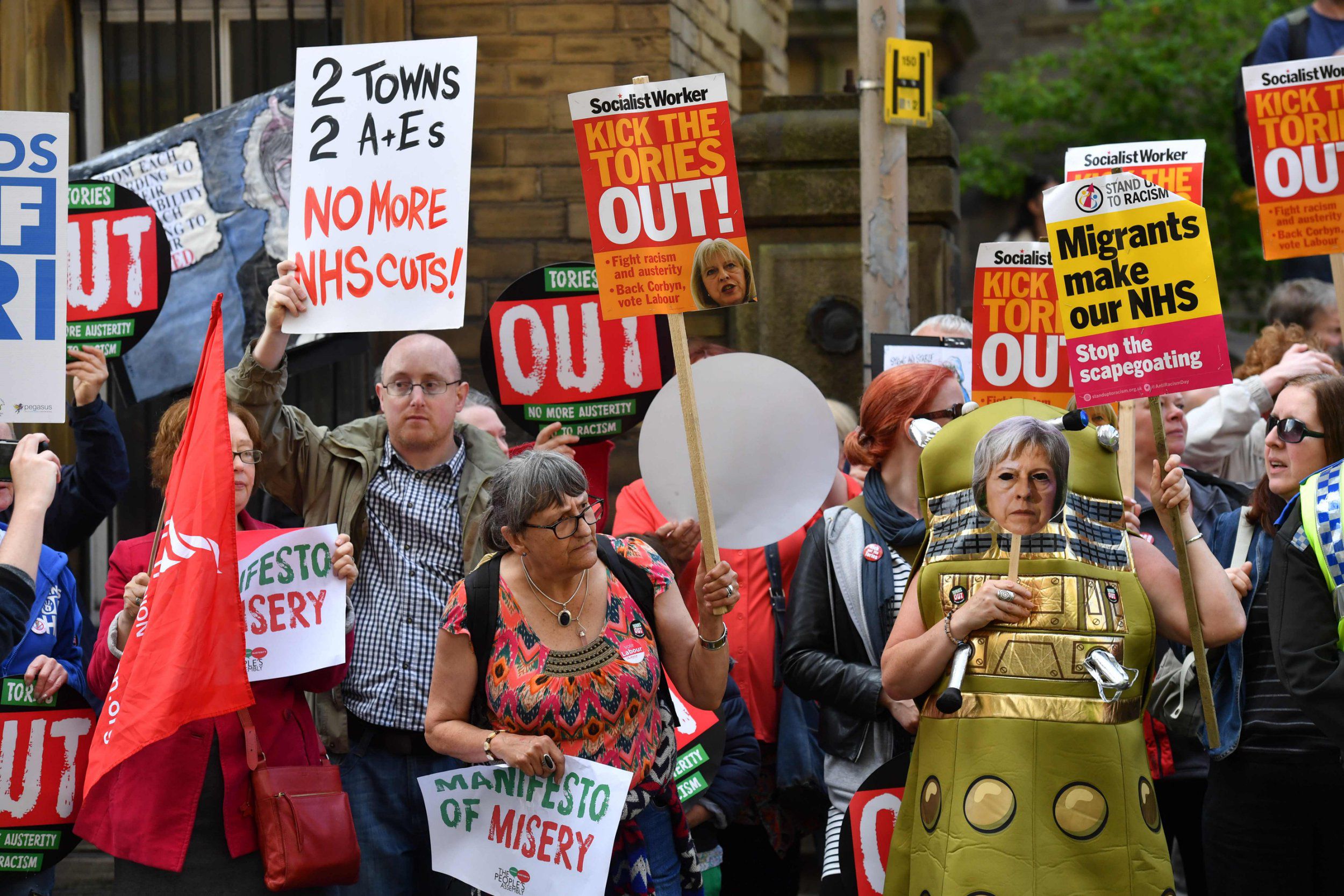 Maintain the triple lock pension guarantee until 2020, then replace it with a double lock – meaning pensions will rise in line with earnings or inflation, whichever is highest.

Provide new powers to the Pensions Regulator to issue “punitive” fines for those found to have ‘wilfully left a pension scheme under-resourced’ and, if necessary, powers similar to those held by the Insolvency Service to disqualify the relevant company directors.

Consider a new criminal offence for company directors who ‘deliberately or recklessly put at risk’ a pension scheme’s ability to meet its obligations.

Exit the European single market and customs union but seek a ‘deep and special partnership’ including a comprehensive free trade and customs agreement.

A vote in both Houses of Parliament on the ‘final agreement’ for Brexit.

Assess whether to continue with specific European programmes and it “will be reasonable that we make a contribution” to the ones which continue.

Agree terms of future partnership with EU alongside withdrawal, both within the two years allowed under Article 50.

Convert EU law into UK law and later allow parliament to pass legislation to ‘amend, repeal or improve’ any piece of this.

Remain signatories to the European Convention on Human Rights for the next parliament.

Repealing or replacing the Human Rights Act ‘while the process of Brexit is under way’ ruled out, although consideration will be given to the UK’s ‘human rights legal framework’ when Brexit concludes. 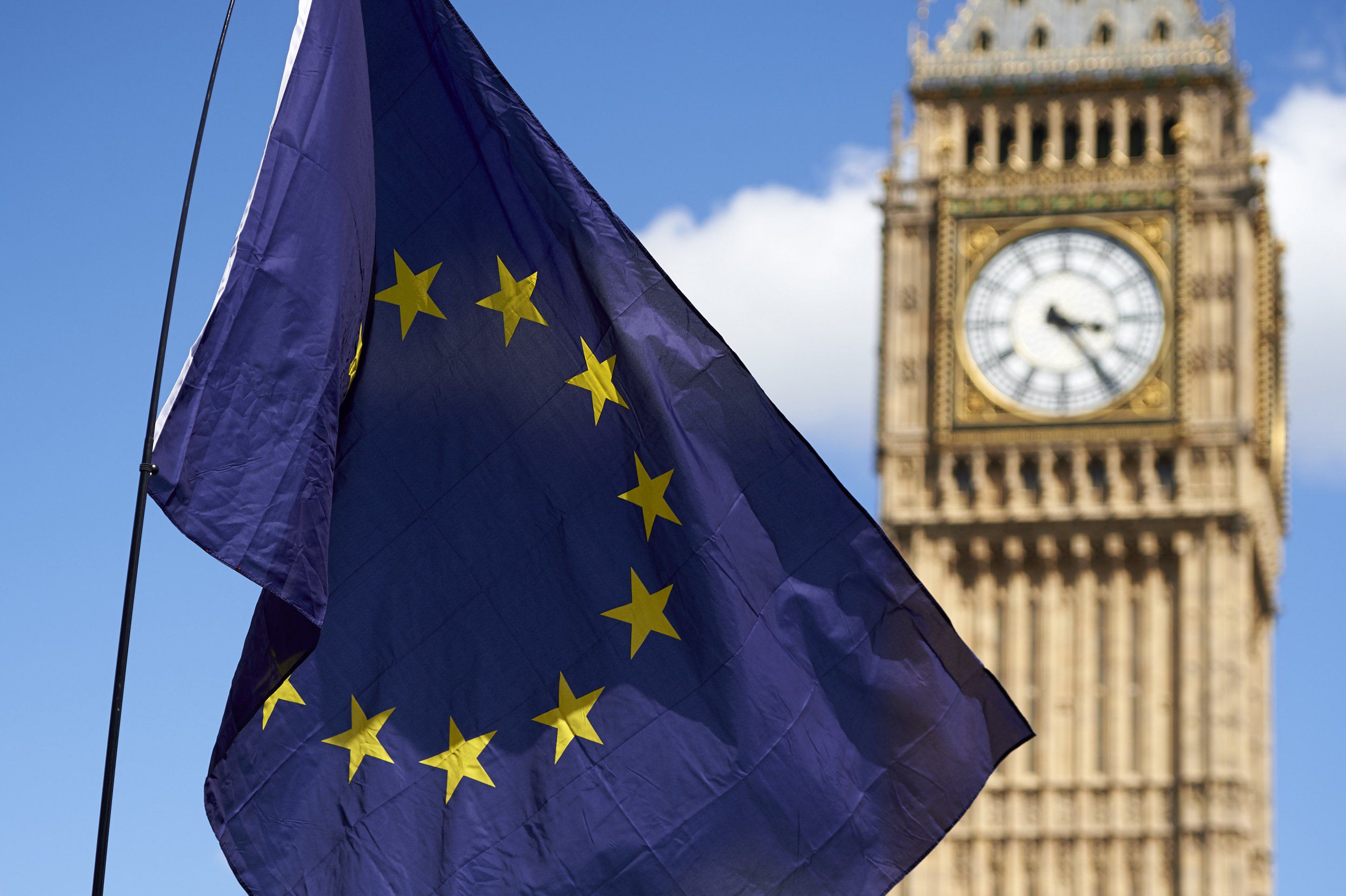 Aim to reduce annual net migration to the tens of thousands.

Students expected to leave the country at the end of their course unless they meet new ‘higher’ requirements allowing them to stay.

Overseas students to remain in the immigration statistics.

Halve rough sleeping over the course of the next parliament and eliminate it by 2027.

Make it clearer for mobile phone customers to know when they have paid off the price of their handset.

Consider a ban on companies which cold call people to encourage them to make false personal injury claims.

Reduce insurance costs by ‘cracking down on exaggerated and fraudulent’ whiplash claims.

Minimum service levels agreed with train companies and staff during times of industrial action. A pledge to make this mandatory if a deal cannot be reached voluntarily.

Smart meters offered to every household and business by the end of 2020.

Make it easier to switch energy providers and introduce a ‘safeguard tariff cap’.

Introduce a ‘breathing space’ scheme to help those in serious debt be protected from further interest, charges and enforcement action for up to six weeks.

Spend at least 2% of GDP on defence and increase the budget by at least 0.5% above inflation in every year of the new parliament.

Pledge to maintain the overall size of the armed forces.

Better compensation for injured personnel and the families of those killed in combat. 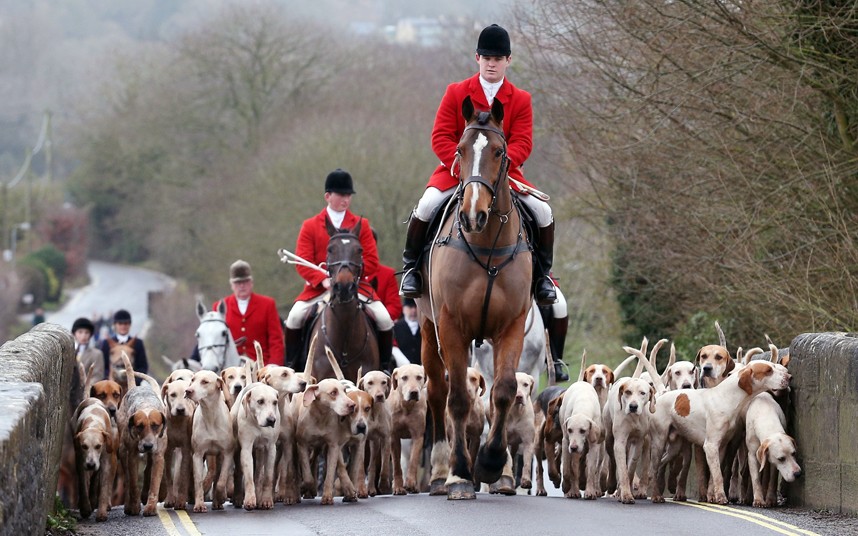 Tim Roache, the union’s general secretary, launched a blistering attack after the Conservative manifesto pledged to take school lunches away from pupils and failed to do enough to tackle poor living standards. He said:

“It’s all well and good talking up a great meritocracy, but in reality the Conservatives are proposing a great swindle. Many families already feeling the pinch face shouldering the burden for the social care they desperately need.”

“I fail to see how scrapping hot school meals for hungry kids will help them get on in life. Theresa May has promised the biggest expansion of workers’ rights by any Conservative government but there’s precious little here to tackle insecure work or make the richest pay their fair share.
I’m afraid this Prime Minister is attempting to lead us down the garden path.”

“Theresa May’s social care shake up won’t encourage greater stability in the sector, raise standards, or improve conditions for care workers so they can provide the best support. It will leave working people shouldering the cost of care.”

“This means testing plans would push up the cost of care overall, and do nothing to address the more than £2 billion funding gap expected by 2020.”

The full Conservative manifesto can be found here.