New footage has emerged of the moment a driver crashed into a security barrier after knocking down dozens of people, killing an 18-year-old woman in Times Square.

Alyssa Elsman, from Portage, Michigan, died and 23 people were struck by the car before it was stopped by a security barrier. Police said the woman’s 13-year-old sister was among the injured.

The driver, a 26-year-old US Navy veteran, told officers he was hearing voices and expected to die, two police officials said.

Witnesses described how a Honda Sedan mounted the pavement before colliding with a number of pedestrians and then coming to rest on its side against a lamppost.

The driver of the Sedan, 26-year-old Richard Rojas has been arrested and taken into custody NYPD police have said. The 26-year-old driver has a history of drink-driving but it is unclear whether this incident is drink related.

Television footage capture the moment police officers restrained the man before putting him into a police car. The world-famous tourist destination has now been closed off and FBI are working with the police to investigate instant, although it is believed that this is not an act of terrorism. 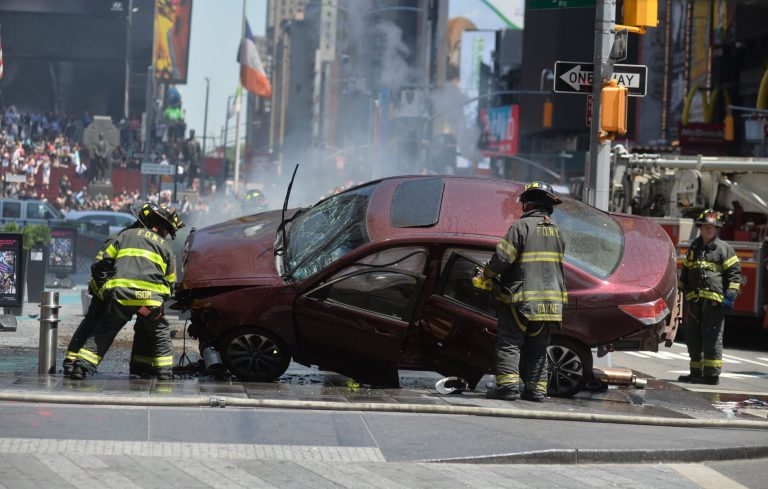 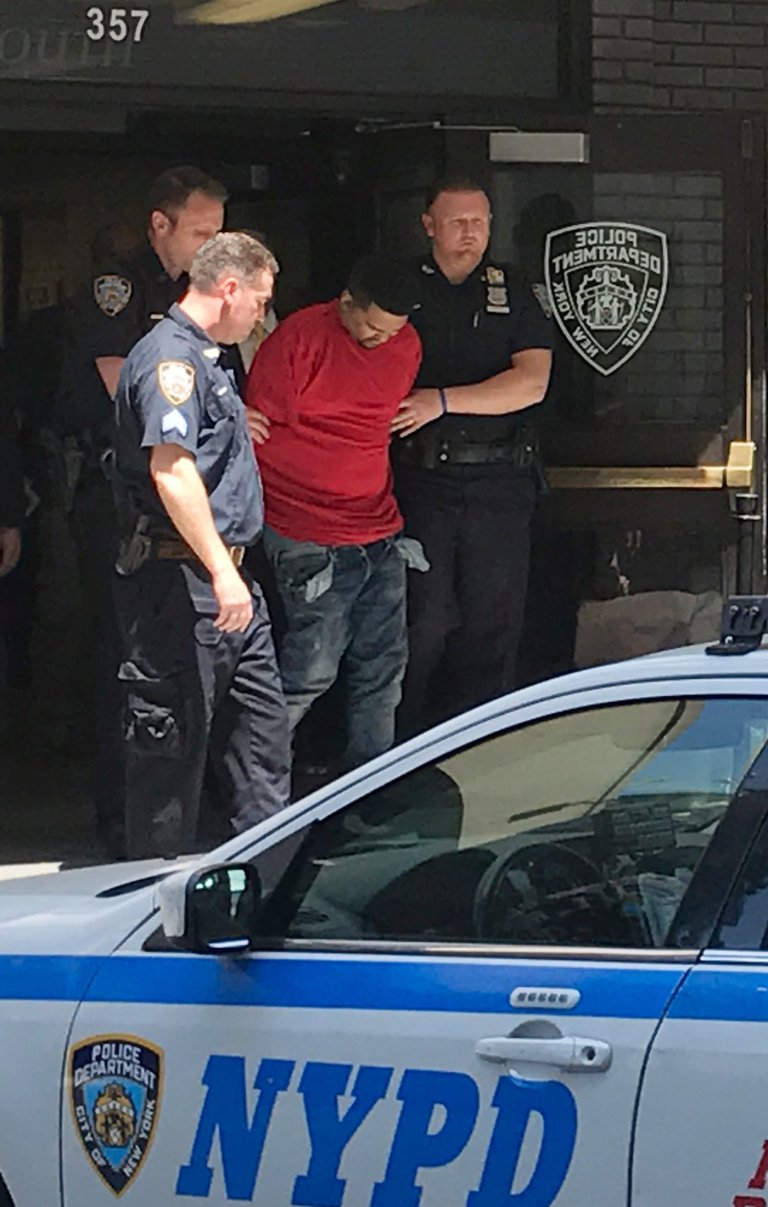 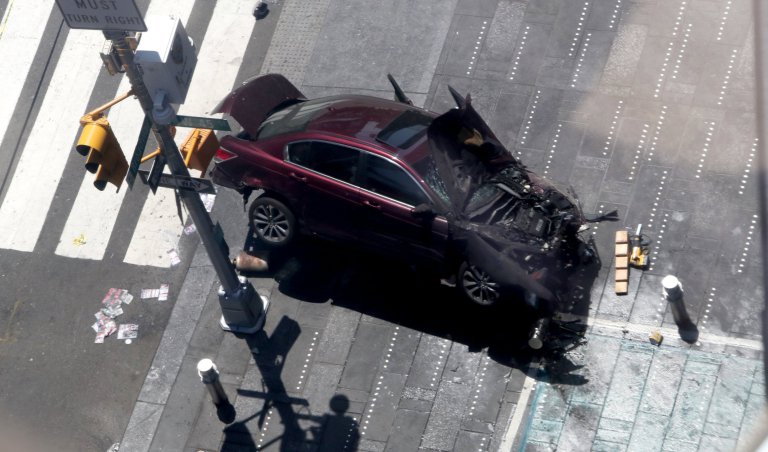 The President of the United States of America, Donald Trump is aware of the situation and is continuing to receive updates a spokesperson said.