It’s been reported that six year olds in London are arming themselves with knifes as gang violence intensifies in the nation’s capital. 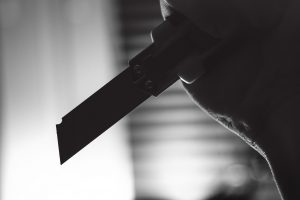 Metropolitan Police Commissioner Cressida Dick was told that children ‘feel naked’ without a knife on them, and have even admitted to being scared to cross the road without a knife.

Ms Dick vowed to get to the bottom of London’s increased amount of knife crime as she visited a youth centre in Putney, south-west London, meeting community leaders, reformed gang members and the family of Lewis Elwin, a 20-year-old trainee electrician stabbed to death in Tooting last year.

London is known all over the world for its knife crime and just within the last month there has been over 14 people killed or seriously injured, and over 30 deaths from a knife wound since the start of 2017.

Speaking to the Press Association after the meeting in Putney, Ms Dick said it was ‘pretty horrifying’ to hear of six year olds carrying blades in public saying:

“It’s outrageous to hear a six-year-old is carrying a knife, for whatever reason.

“That’s something a police officer by themselves or even a police force isn’t going to be able to have very much impact on. The question there is what are the parents doing? What are the school doing?’

“I do accept there are places where some of our young people are scared and they feel it makes sense to carry a knife.

Next Story >Rolf Harris is Now Free from Prison