James Corden and Harry Styles’s much-anticipated Carpool Karaoke is finally here and is being hailed as the best yet! 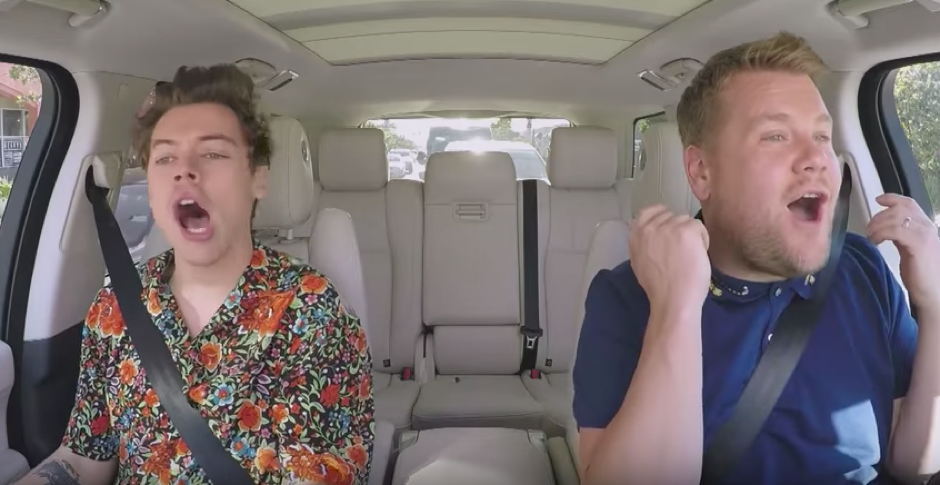 The former One Direction star enjoyed his time with James Corden, co-hosting The Late Late Show with James Corden for four days in a row as part of the promotion of his brand new self-titled debut album.

The duo covered off the important tunes for the fans, including Harry’s new solo material, ‘Sign of the Times’ and ‘Sweet Creature’, before heading into their version of Outkast’s ‘Hey Ya’ and the Diana Ross/Lionel Richie classic ‘Endless Love’.

Just when you thought it couldn’t get any better, the pair threw in some comedy outfit changes, AND some acting talents with a recreation of Titanic and Notting Hill – without even leaving the car. Did someone say… Oscar nomination?

This was Harry’s first time on Carpool Karaoke as a solo artist, but back in 2015, Harry and the boys from One Direction hitched a ride and had some fun along the way.

Arguably the best moment of the week (before Carpool Karaoke, of course) was James putting an embarrassed, red-faced Harry on the spot over his past romance with Kendall Jenner.

Video courtesy of The Late Late Show with James Corden/YouTube.

Next Story >Do You Have Any Of These Rare £1 Coins Lying Around?