A 23-year-old student chopped off a man’s penis after he tried to rape her in her home. The law student from India was at home late on Friday night when the 54-year-old man attacked her.

Hari Swami had told the girl that he was a religious guru and was allowed inside the house after getting permission from her parents to perform special ceremonies and stay over when ever he wanted to.

During the attack she used a knife to cut off his penis in self defence. The sexual assault was one of many that the man had carried out over a seven-year period. The girls parents who lived in the same house were apparently unaware that the assaults had taken place. 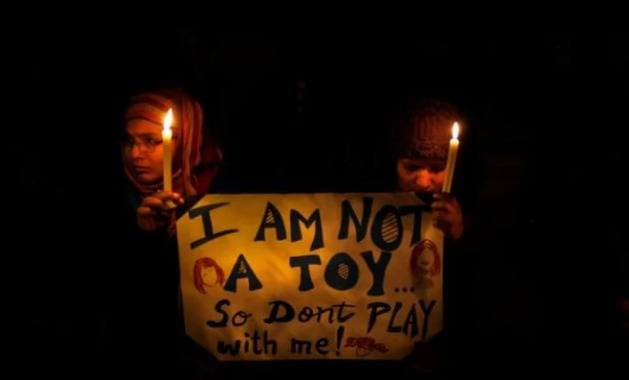 Candlelight vigils have been held in India to ensure women’s safety.

“The woman told use that her parents blindly trusted this Swami, and he used to get frequent invites to perform special ceremonies and stay over at their house, where he assaulted her,” district police chief G Sparjan Kumar.

The man underwent emergency treatment and is in a stable condition at a local hospital, but has lost 90% of his penis, which was too far damaged to be re-attached.

Police are due to charge him with sexual offences against a minor and rape, whilst the young girl is receiving trauma counselling under police protection. In the girls statement to police she said that her mother knew about the assaults and that she was also raped by the accused.