Former world heavyweight champion Mike Tyson has incredibly revealed that he gave Evander Holyfield the chunk of his right ear back after biting it off in one of boxing’s most notorious moments.

The incident happened in the third round of the 1997 Las Vegas bout between the two heavyweights. At the time of the fight doctors had declared Evander Holyfield fit enough to carry on and Mike Tyson was deducted two points for the biting incident.

In an interview with the Sunday Times Magazine, Tyson, 50, said: “I see Evander every now and again. We actually did an ESPN commercial together and I gave him his ear back in formaldehyde.”

The controversial boxer also revealed his fury at his UK travel ban and claimed Britain’s previous lax policy on visas for ex-convicts was because of Nelson Mandela having been imprisoned for 27 years. 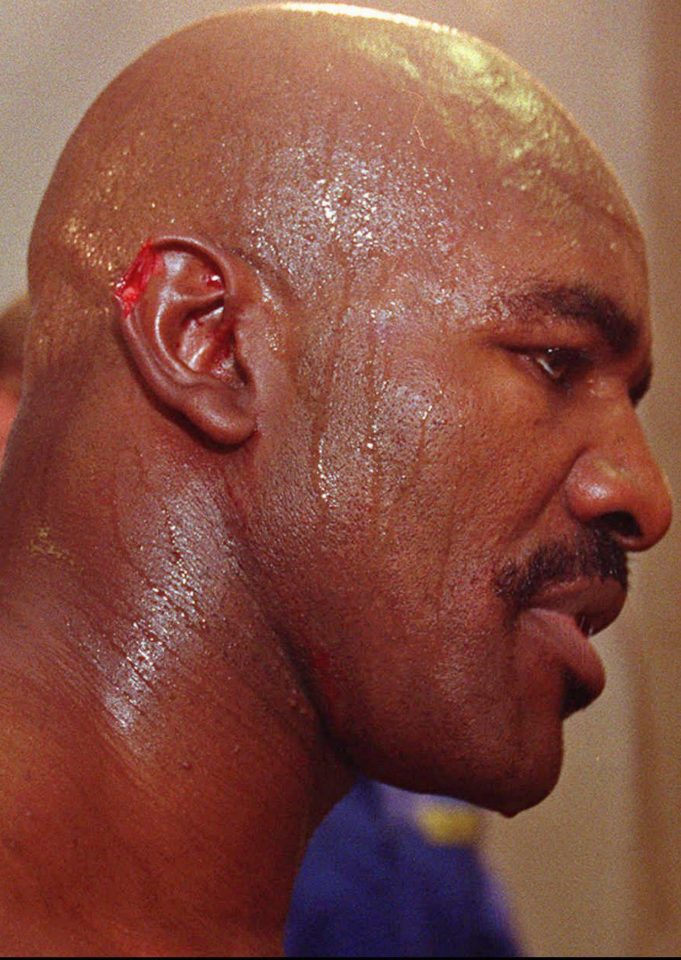 He said: “I’ve been coming to England all this time, for years and all of a sudden Nelson Mandela dies and they have a new rule?

“When I was able to go to England, I was able to make tons of money. They helped me take care of my life – I was giving talks, going to dinners – there’s no way I can ever pay them back for that.