Disgraced entertainer Rolf Harris who was released from his five-year jail sentence, after serving three years inside, has today appeared in court in person for the first time since his release, last week. 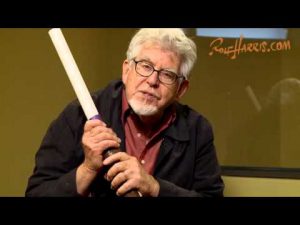 The Australia-born former television star, who was released from HMP Stafford on Friday morning, is on trial, facing charges of indecent assault at Southwark Crown Court.

Harris, 87, has refuted claims that relate to the four charges against him, dating back to between 1971 and 1983.

The jury at Southwark Crown Court was previously told Harris had already been convicted and sentenced for other offences in 2014.

Judge Deborah Taylor told jurors on Thursday: “He (Harris) will no longer be appearing in the court via video link and he will be attending what remains of his trial in person next week.”

Harris was joking when he allegedly asked a young girl if she often got molested on a Saturday morning, his defence lawyer suggested.

The entertainer is accused of groping the schoolgirl, then 13, after he appeared in a broadcast of the BBC’s Saturday Superstore in 1983.

Stephen Vullo QC asked the alleged victim, who was appearing via video link: “So it’s clear I don’t dispute on Mr Harris’s behalf he may have said something to you along the lines of ‘do you like to be molested on a Saturday morning?’ or something like that. But he would have said that in a jokey fashion while maybe marching you up and down the corridor?”

She replied: “No absolutely not.”

She went on: “I fail to see, whether it is said to a group or a single child, how that can be misconstrued as a joke in any way.”

Next Story >Sniper kills ISIS fighter from one and a half miles away!