A family from Llanishen, Cardiff woke up yesterday morning to be faced with what looked like something out of a horror movie, when they discovered that their car, garden and tree had been covered by caterpillar cobwebs.

The swarm of hungry caterpillars, which will one day become Ermine moths, have been spinning their webs all over Llanishen in Cardiff, and not even power hosing or wet weather is shifting the sticky white substance. 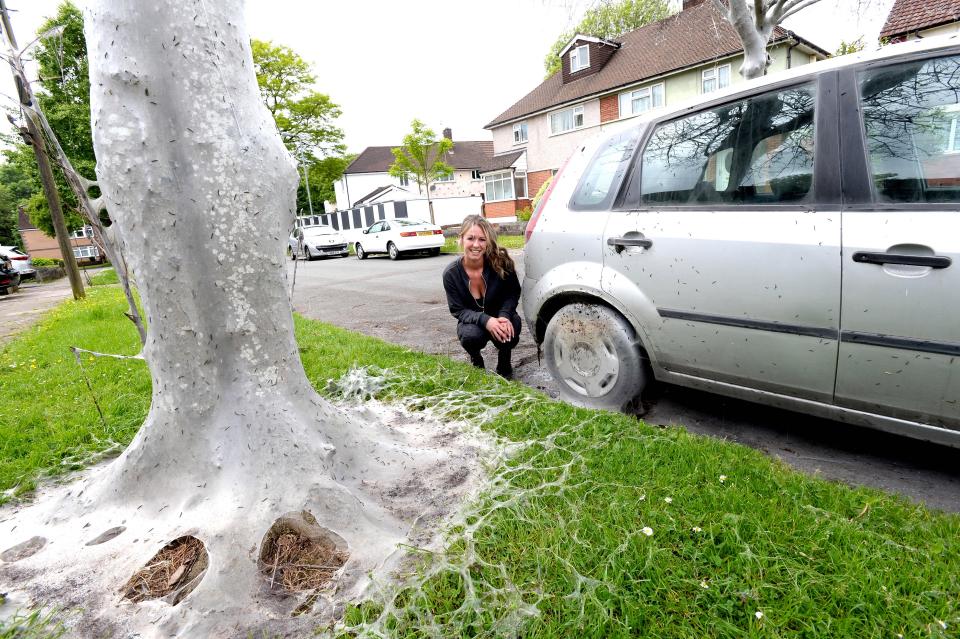 Kirsty Roberts, 27, found her street in Llanishen, Cardiff covered in the webbing

Terrina Leech, whose parents live on the same street, said:

“The council has been out and they have said that they can’t do anything and when they turn into moths we should keep the windows closed.

“It is affecting people’s cars and my mum has a disability and they are all over the handrail and she is not able to hold it.

“My children are petrified when they come to see my mum and dad. 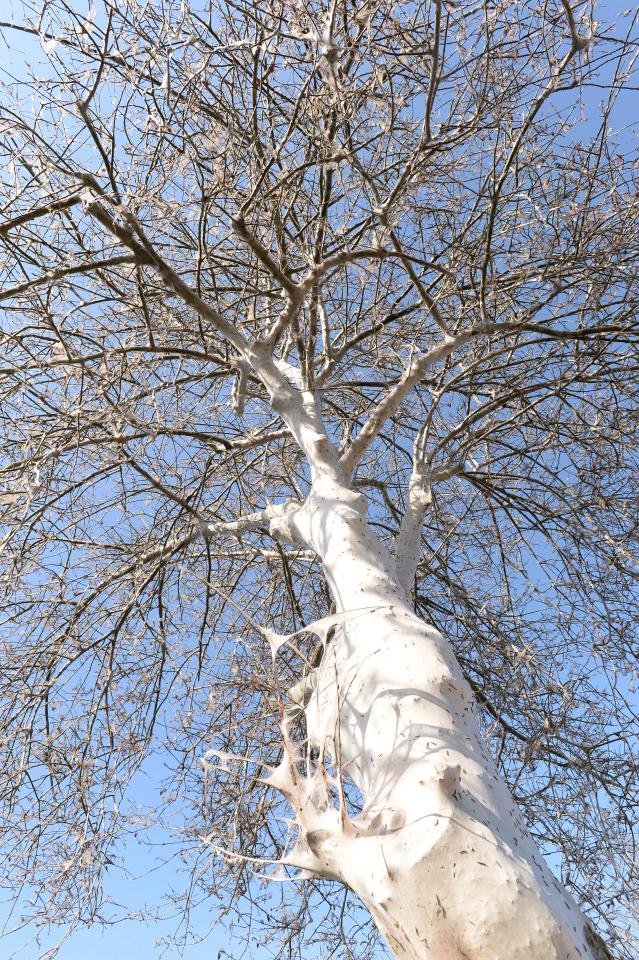 Virtually an entire tree was engulfed in the sticky white substance

“They are on the trees, gates and bins. The are also in the back garden because they have travelled along electricity cables.

“People have jet washed their cars and the next day they are back on.”

According to Butterfly Conservation this time of year is the season for Ermine Moths who occasionally cover whole trees in their webs, and strip the leaves bare giving the tree an eerie appearance. 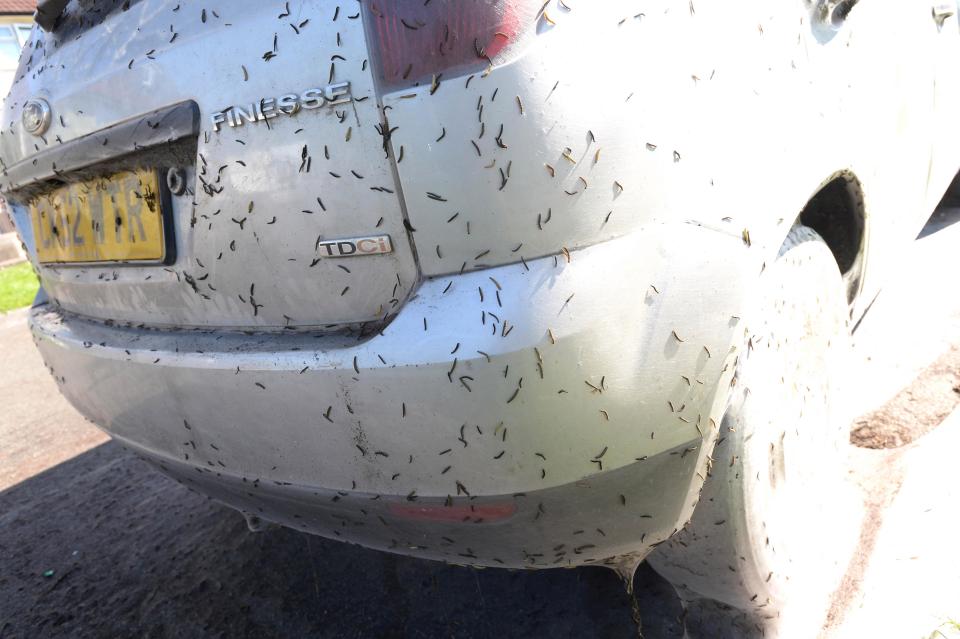 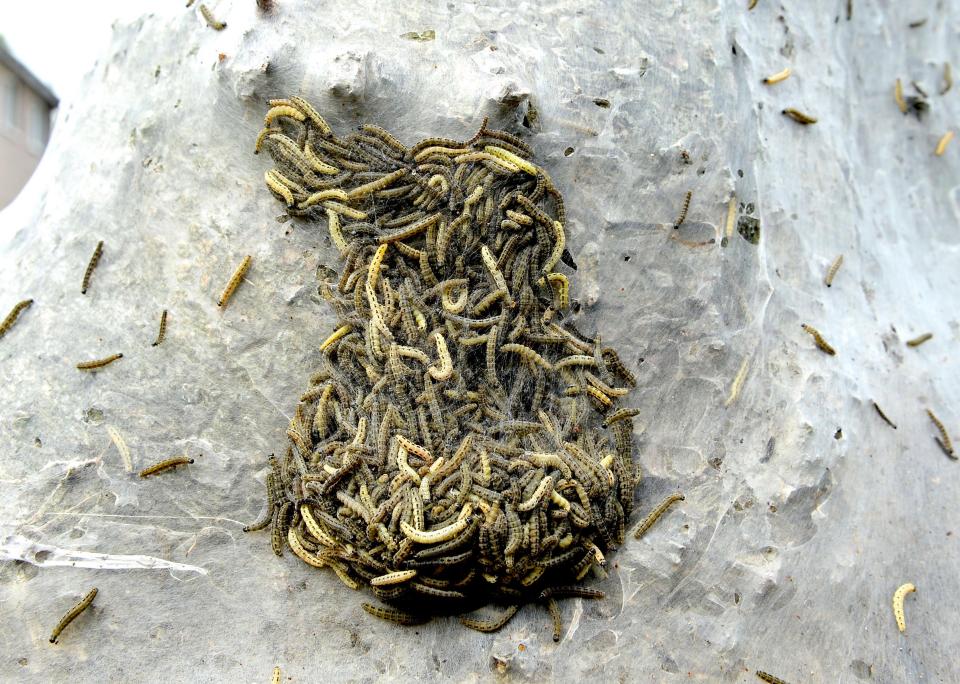 A spokesman said: “Sometimes these webs are so extensive that they can cover nearby objects such as benches, bicycles and gravestones.”

Cardiff council have said that they are aware of a nonhazardous infestation of Bird Cherry Ermine Moth caterpillars, and their advice is to leave the infestations run their natural course.

Next Story >New GOT Series 7 Trailer: Angry Dragons, Lesbian Kiss And Jon Snow Is In Trouble