A hellfire missile that was destined for ISIS savages had a message that read ‘love from Manchester’ written on it, by a drone squadron stationed at a secret location in the Middle East. The image that appeared on Twitter was thought to be a hoax at first but RAF bosses confirmed that it was genuine. 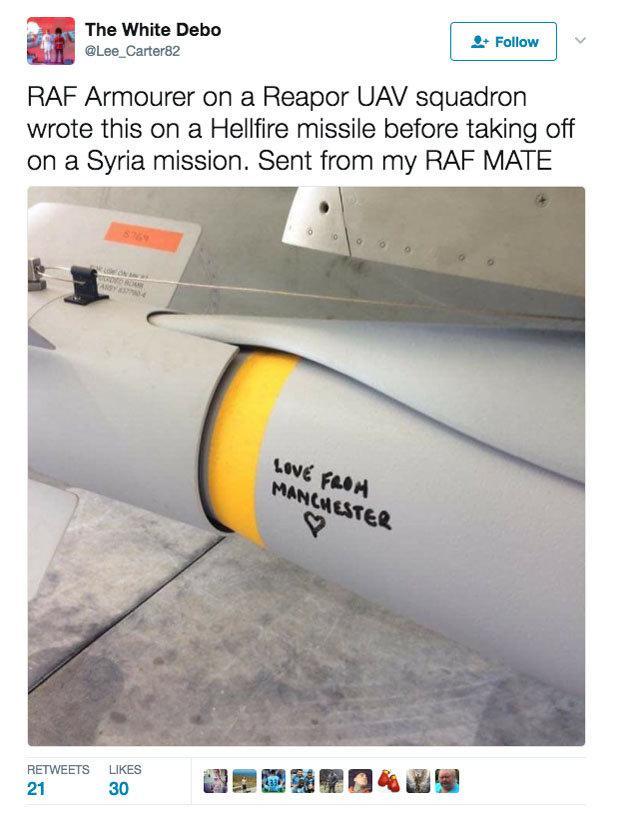 A source added: “The sentiment of the message is understandable under the circumstances.

“There’s a history of messages being written on missiles in the RAF.

“It’s unlikely the individual responsible for it will be disciplined.”

The tradition of writing on missiles and bombs goes back to the First World War and is featured in every conflict. The hellfire missile is attached to a reaper drone which is used by troops battling ISIS in Syria. 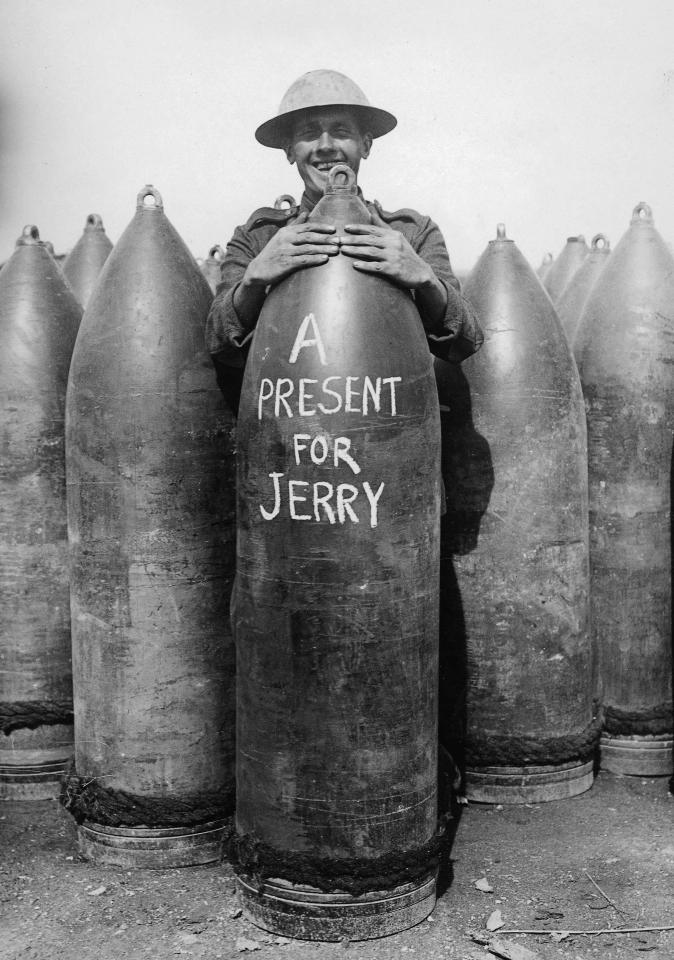 The Ministry of Defence said that he drone with the missile attached spotted a group of ISIS fighters gathering together a large crowd in the eastern Syrian town of Abu Kamal. The missile was fired at two of these ISIS members who were on a rooftop trying to warn others to flee after spotting the drone. 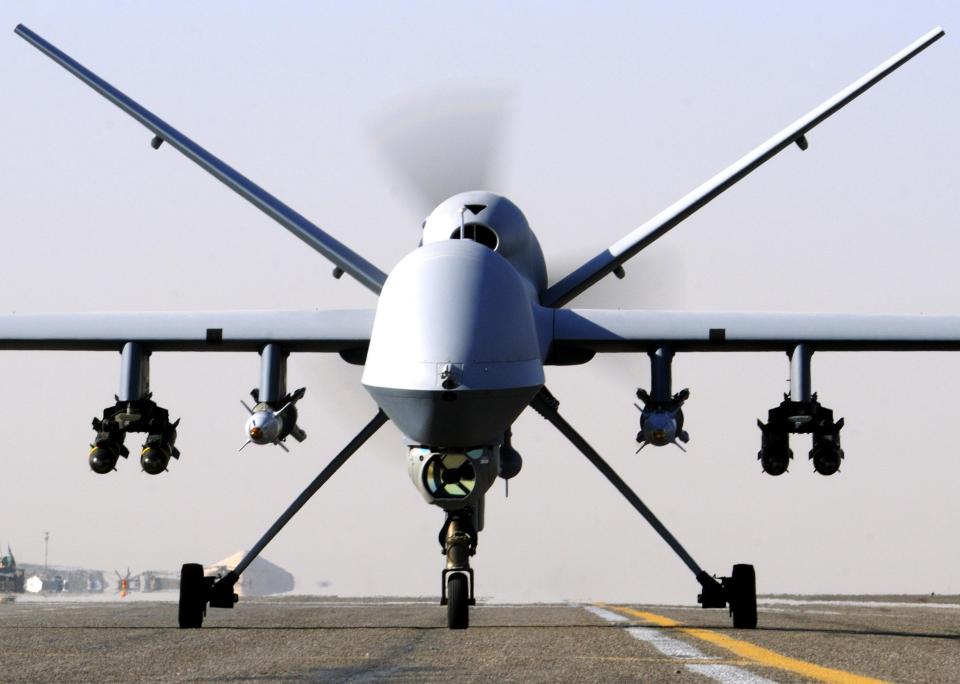 During the course of December 2015 and December 2016, the Royal Air Force launched 73 airstrikes over Syria, which killed an estimated 120 Isis fighters.

Next Story >Heartbreaking Moment Dog Realises Owners Have Abandoned Her