Another story you literally can’t make up. This time it involves a woman from California who has been in love for 36 years with a train station and has decided to marry it.

45-year-old Carol Santa Fe from San Diego in California, became obsessed with Santa Fe train station when she was nine years old. She is that obsessed, The support worker takes a 45 minute bus ride to the station every single day to spend time with her building.

Carol claims they tied the knot in 2015 and that she has sex with a building mentally. She also admits that she identifies herself as an objectum sexual, which basically means a ‘person who is sexually attracted to structures and inanimate objects’. 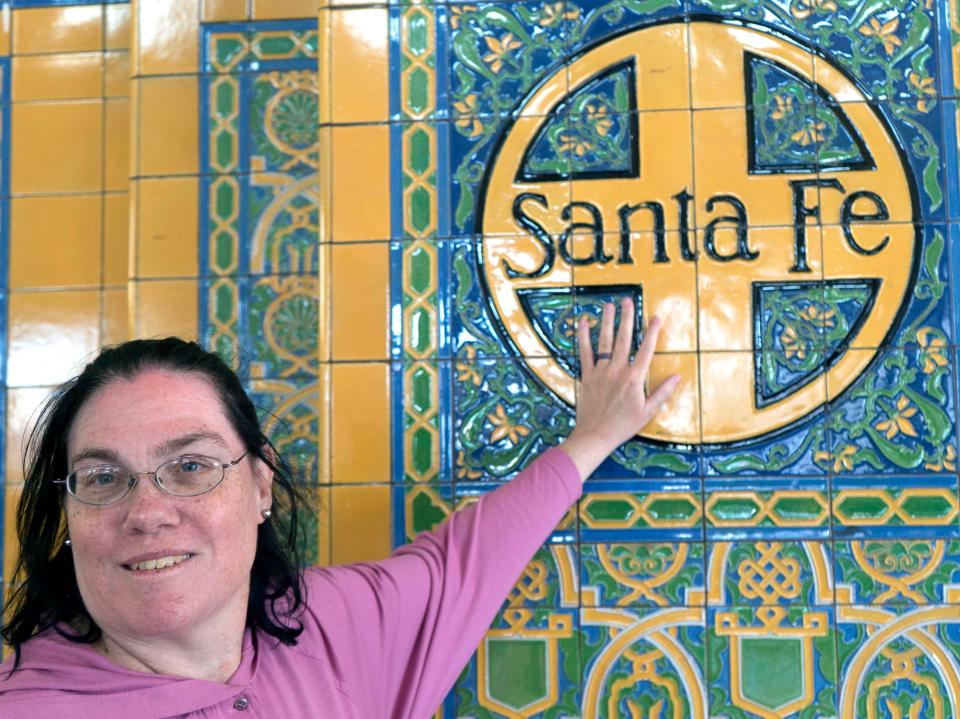 It is unsure whether the phenomenon is a fetish or mental condition, and Carol didn’t discover this until she did a search online when she was 40 years old for ‘I am in love with the building’.

She said: “I am married to the Santa Fe train station – her name is Daidra.

Carol said: “We didn’t start a relationship until 2011 but I had been in love with the station since I was a young girl.

“When we got married, I stood there and I told her that I take it as my partner.

“It was the happiest day of our lives.

“When I get there I say hello to her – I then walk around the block circling around her, trying not to let anyone notice I am talking.” 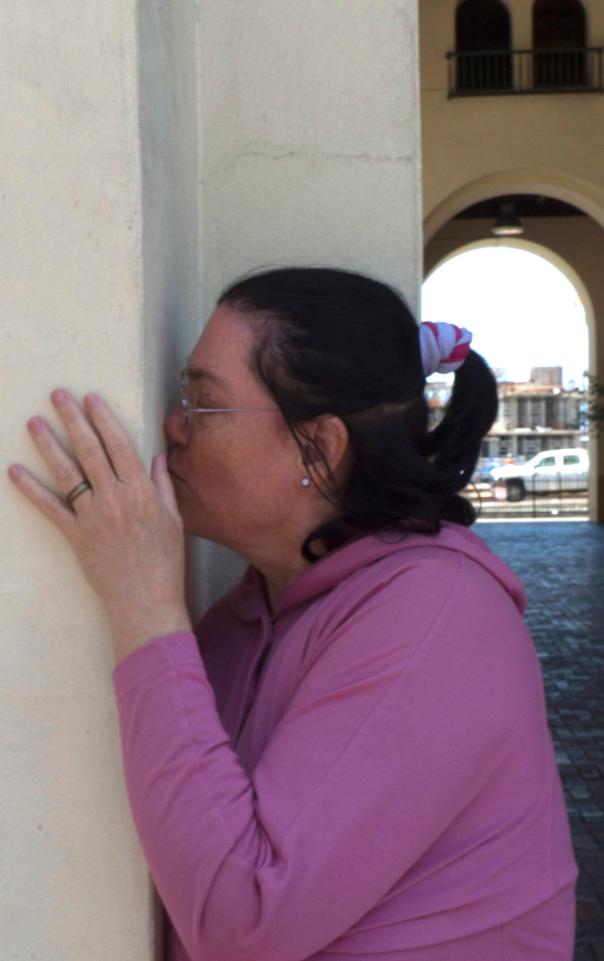 Carol tenderly kisses her partner as she celebrates their first anniversary

Carol also says that she looks for private sections of the station and will touch and lean against it, whilst keeping her clothes on.

She claims that when she touches the building she feels that the building holds and kisses her back, and that she has sex with the train station in her mind and gets turned on when the train’s rep up their engines.

Despite being in a previous relationship with a man, Carol says that the train station is the love of her life. She added:

“I loved a human once before, his name was Tom and we were together for 18 months.

“But it didn’t work out and I felt amazing when I got into a relationship with Diadra because she told that she would never leave me.

“I only hide my sexual attraction to the station because I simply don’t want people to find out and ban me from seeing her.

Carol also said “Objectum sexuality is not a mental illness like the media always makes out.

“It is our sexuality, just like being lesbian or bisexual – we are not crazy.

“Daidra and I chat about normal things, I always tell her how my day has been.”