The family of Bradley Lowery have made an appeal to supporters to stop sharing a Facebook post that has gone viral, claiming that their terminally ill child had died.

Sunderland mad six-year-old Bradley, from Blackhall Colliery, near Hartlepool, has captured the hearts of the nation and has been fighting cancer most of his life. The young boy has a rare disease called neuroblastoma, which he was diagnosed with at the age of 18 months.

The cancer was detected in his left kidney and quickly spread to other parts of his body, so much so that he was given a 50-50 chance of survival, and was nicknamed ‘Resus Brad’ by hospital staff because of the amount of times they’ve had to resuscitate him. 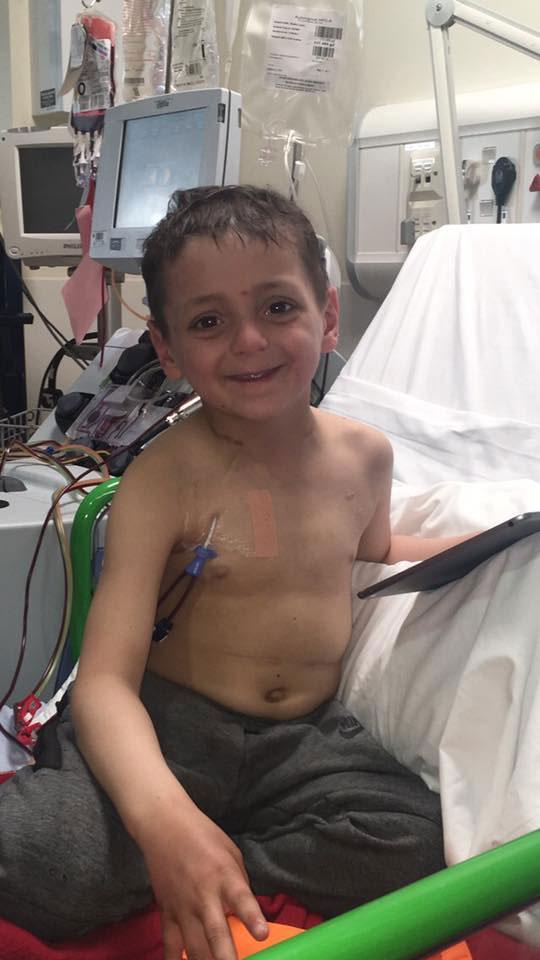 Bradley undergoing gruelling treatment in hospital for his condition

In a statement on Facebook, they said: ‘Can we ask people who have shared ‘RIP Bradley’ to take it down, this is clearly been started by a troll, and he is very much alive and kicking, when/if anything was to happen, you will here it here first.’

They said: ‘So I guess I should update use lovely followers on Bradley considering there has been untrue info spread.

The family were forced to clarify that Bradley had not died

‘Bradley had radiotherapy on Friday which is making him tired but doesn’t stop him from giving us them beautiful smiles.

‘He is having a quiet weekend and back to hospital for radiotherapy on Tuesday to try get pain under control.

Bradley has struck up a friendship with his idol Jermaine Defoe, and has led Sunderland football club out onto the pitch as a mascot on numerous occasions. He has also been visited by other Sunderland players in hospital.

The family raised money for treatment in the US, but sadly doctors have said the little boys cancer is terminal and the treatment can only prolong life.