A 35 year old father has been killed in front of his young son, in a horrendous and senseless act at a Sainsbury’s car park in Bangor. The dad was shot multiple times and later died in hospital from his wounds.

Police believe Mr James Horner, known as Colin, was targeted as part of the loyalist paramilitary feud involving the UDA in East Antrim. Mr Horner, who had recently moved to Bangor from Carrickfergus, was shot six times in the lower body. Five of those bullet wounds were in his legs and thighs, ans one bullet wound to his groin, which was fatal.

Shoppers at the store claimed there was around six shots fired at about 3 PM and people described chaotic scenes as they were evacuated.

Kathryn Johnston, a nearby resident describes how the man was with his children when he was shot. She said: “Just heard the man who was shot dead at Sainsbury’s Bangor had his kids with him.

Another witness described how she was in the store with her children when the events unfolded.

She said: “My two wee boys saw a man lying on the ground in a pool of blood.

“We were in the shop when shooting started outside and staff heard some bangs and started evacuating us very quickly outside.

Police have released a statement saying how lucky it is that the child is survived and condemned the cold-blooded killing.

Superintendent Brian Kee said: “Our thoughts are very much with the family of the 35 year old victim at this extremely difficult time and I condemn this brutal, senseless and horrendous killing. 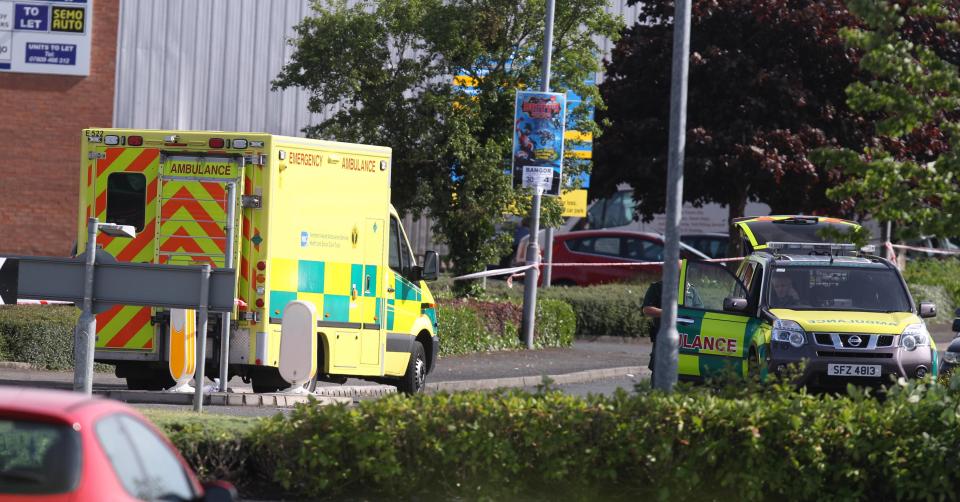 The man was shot in a Sainsbury’s supermarket car park in Bangor, County Down.

“This cold blooded murder was carried out in broad daylight in front of families who were out enjoying this Bank Holiday weekend.

“The recklessness of this murder is all too evident.

“It is beyond belief that the gunman shot the victim when he was out with his son.

“This young boy witnessed everything and he will undoubtedly carry that memory for the rest of his life. “We are very lucky that we are not also dealing with the death of this child today.

“The gunman also showed total disregard for the safety of the public, including other children, who were in the carpark at the time of the attack.

“At the centre of all of this we have a grieving family and local residents coming to terms with a brutal shooting in the heart of their community.”

Secretary of State James Brokenshire has condemned the shooting as a “brutal act of violence that has no place in Northern Ireland”.

Alan Chambers, the Ulster Unionist MLA for North Down, said: “At the scene of indiscriminate shooting in Bangor. Horrible and shocking scene.”

He also told the The Irish Times that the man was thought to have a child with him at the time of the shooting.

The politician told the BBC: “There was a casualty on the ground, there was about six paramedics round the person working very, very hard with CPR and also administering fluids to him.”

Anyone with information about the shooting should contact detectives on the non-emergency number 101, quoting reference 870 28/05/17.

Alternatively they can contact the independent charity Crimestoppers and speak to them anonymously on 0800 555 111.