A Canadian serial killer jailed for her role in the rape and murder of her sister and two other girls in the 1990s has been found volunteering at a primary school.

Parents have reacted with horror at the news notorious killer Karla Homolka, 47, has been interacting with children at the school in Montreal.

Homolka was sentenced to 12 years in prison in 1993 for her role in the deaths of Kristen French and Leslie Mahaffy, and her sister Tammy. 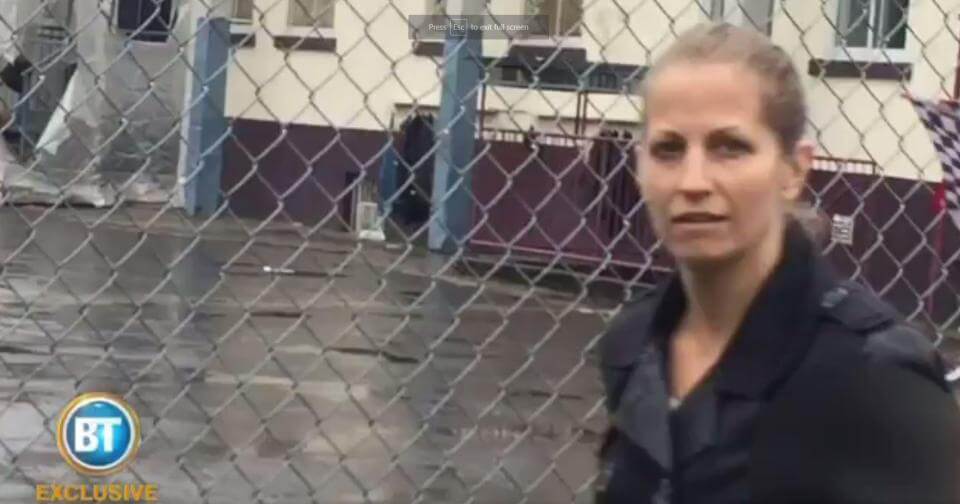 She helped her then-husband Paul Bernardo rape and murder the three teenagers while the couple were in a depraved and bloodthirsty relationship.

However, she was released in 2005 following the completion of a prison sentence earned by striking a deal with prosecutors.

She told authorities she too was abused by Bernardo and was an unwilling accomplice in a move dubbed the “Deal with the Devil” by the Canadian press. 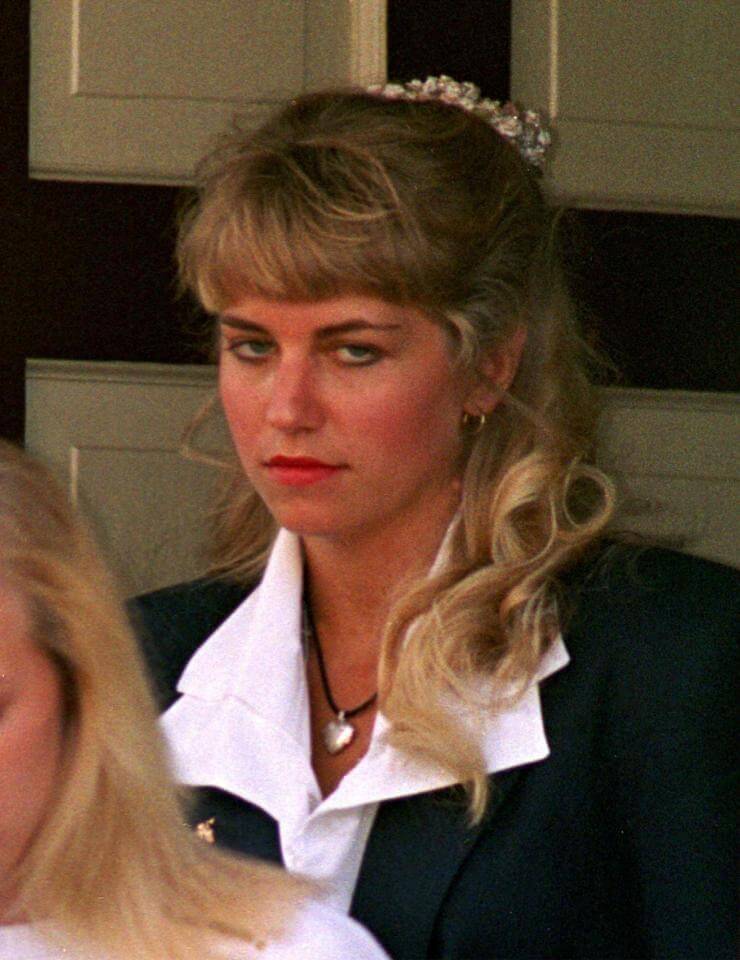 She was jailed in 1993 for her role in the rape and murder of three girls, including her sister

Pictured is Homolka’s then-husband, Paul Bernardo (right), who raped and murdered several women with Homolka’s help, in the back of a police car

But this week she was pictured outside Greaves Adventist Academy, where her children attend classes, by the Montreal Gazette.

When approached, she tried to shield her face from reporters and stated: “I don’t have nothing to say.”

Andy Maraj, whose daughter attends the school, told the newspaper he discovered her history after a concerned citizen handed out leaflets.

He said: “I told my daughter: ‘This lady, I don’t want you to go near her please. If she calls you, don’t go near her and call me,’ because I don’t trust the school.”

Kristen French (pictured) was one of the couple’s victims 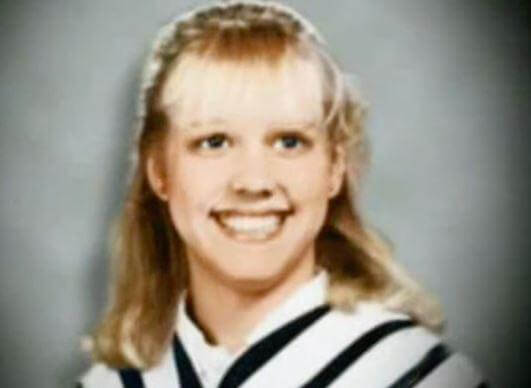 So was Leslie Mahaffy

Other reports said she had displayed the dog to children as part of a show-and-tell presentation, and had helped supervise children during a field trip.

Another parent, named only as Lily, told CityNews: “We don’t want her here.”

A spokesperson for the Seventh-Day Adventist Church, which operates the school, said: “The school board was fully aware of who she is.

“She is not a regular volunteer, and can never be alone with any children, either in school or churches.

“It is protocol for all of our schools across Canada, and most of the world, to do background checks, not only on teachers, but also volunteers as well as clergy.”