A surfer had a lucky escape after being bit on the leg by a shark whilst he was in the water off a Devon beach. Experts have said it is the first time anyone has been attacked in UK waters.

The 30-year-old chemistry teacher estimated the shark to be around 3 feet long and described how he hit the shark on the head after it bit him whilst he was surfing at Bantham in South Devon.

Speaking to the BBC, the surfer named locally as Rich Thomson said: “I hit it on the head and it swam off. My hand was cut to pieces.”. He also believes that the thick winter wet-suit he was wearing prevented more serious injuries.

“I went home and told my wife I was late because I had been bitten by a shark,” he added.

“She said ‘I’ve heard that one before’, but it was true.”

“It won’t stop me going back in the water and it shouldn’t stop anyone, I was just in the wrong place at the wrong time.”

Pupils at Kingsbridge community College, where he teaches have dubbed him shark bait and Nemo and have also bought him shark ties. 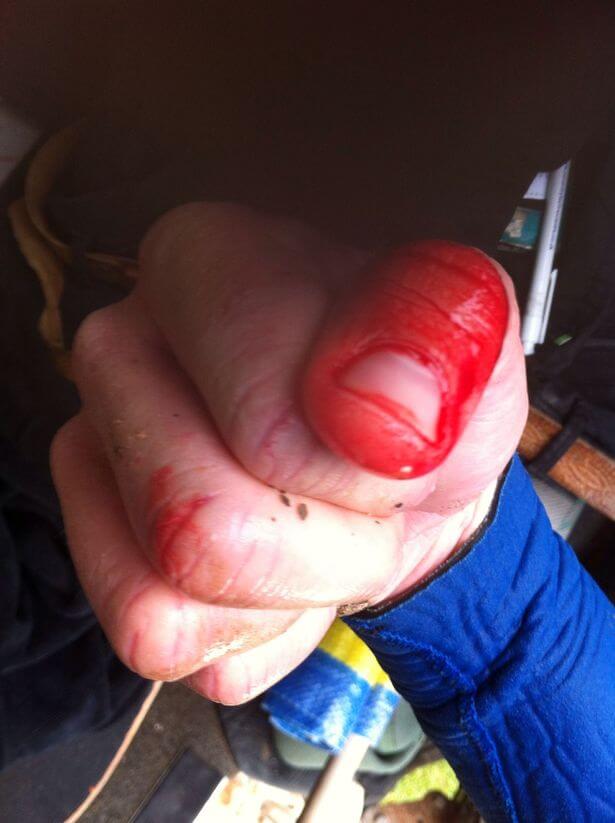 The incident is thought to be the first of its kind in UK waters (Photo: PA)

“I have never caught any fish while fishing but the biggest one I’ve ever caught attached itself to my leg,” he said.

Wildlife publisher and illustrator Marc Dando said he thought the shark was probably a smooth hound.

The smooth hound, found in the eastern Atlantic Ocean from the British Isles to South Africa and in the Mediterranean, can grow up to 6.5ft (2m) but usually do not grow bigger than 5ft (1.5m).

Of Mr Thomson’s experience Mr Dando said: “It would be a shock because all sharks have powerful jaws.

“All sharks can be very territorial. It was probably just telling the person to go away and struck out.”