A 15-year-old girl believed to be one of Britain’s youngest double murderers concocted a plan to brutally kill her own mother and sister, it can now be reported.

Kim Edwards roped in her boyfriend, Lucas Markham, to carry out the ‘brutal executions’ of dinner lady Elizabeth Edwards, 49, and her daughter Katie as they slept at their home in Spalding, Lincolnshire last April.

The couple, likened to Bonnie and Clyde during their trial, had sex, shared a bath and watched four Twilight vampire films as they ‘revelled’ after the killings.

The identities of the couple could not be reported throughout a trial at Nottingham Crown Court in 2016 because of their age, but restrictions on naming the pair were lifted by three judges at London’s Court of Appeal.

The pair, who were both originally given 20-year minimum custodial terms, had them reduced by the judges to 17 and a half years each.

Teenage killer Kim Edwards was found by police lying under a duvet in front of the TV with Lucas Markham as the bodies of her mother and younger sister lay upstairs.

In the weeks after her arrest the then 14-year-old showed no trace of remorse for her crimes – and later told a psychiatrist she was ‘a bit sad’ about her sibling’s fate but ‘glad’ her mother was dead. 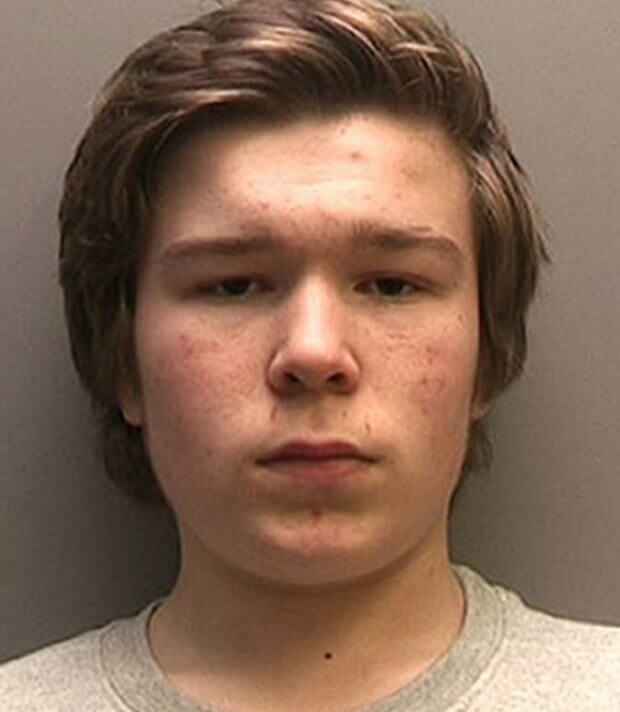 She got boyfriend Lucas Markham to help her carry out the murders (Picture: PA)

On the fifth day of her trial – which would have been her sister’s 14th birthday – Edwards appeared unmoved in the dock as her ‘grief’ was likened by the Crown’s lawyer to that usually felt by a child at the death of a pet hamster.

Peter Joyce QC told jurors at Nottingham Crown Court that Edwards had been ‘the driver’ behind the killings and could have simply accepted Markham’s repeated offers to back out of the pre-agreed plan.

Edwards, a ‘bright kid’ who spent part of her childhood in care after her mother reported herself to social services, did not give evidence in her defence but told detectives she felt depressed and suicidal prior to the murders.

Although jurors heard that Edwards had attempted suicide around a month before the killings, they rejected a claim that she was suffering from a mental disorder which impaired her ability to form rational judgements.

Before being sent out to consider their verdicts, jurors were urged by Mr Joyce to be as ‘cold and dispassionate’ about their deliberations as Edwards had been to ending her mother and sibling’s lives. 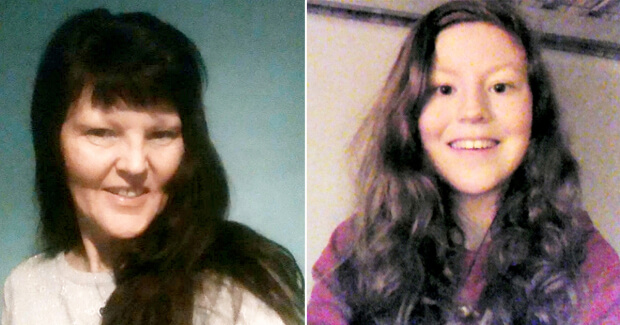 Mr Joyce told the jury: ‘You know in fact who the driver was between these two. She only had to say no and it would never, ever have happened.
‘It is really quite clear her hatred for her mother drove this ever onwards.’

Pointing out that Edwards had touched her mother’s hand by accident as she reached out for her boyfriend during Mrs Edwards’ murder, Mr Joyce questioned why she had insisted on going through with Katie’s murder.

‘She couldn’t bring herself to do it, so who got Lucas to do it? She did.

‘The sheer brutality and utter contempt for her mother and her sister oozes from every pore of that girl in (police) interviews and now she says to the psychiatrist ‘I am glad my mother’s dead’.’

In shocking evidence on the fourth day of Edwards’ trial, consultant forensic psychiatrist Philip Joseph revealed that the teenager did not appear upset at any stage during a two-and-a-half-hour meeting in September to assess her mental state.

She told Dr Joseph: ‘I don’t miss my mum and I am glad she’s dead even though I am now in a sticky situation.

‘She deserved it. I am glad she’s dead. We felt laid back about what we had done and neither of us felt that bad about it.’

The court was told that Edwards went into foster care in 2008 after an incident in which she was struck by her mother while living at a caravan site.

Local authority records made public at Edwards’ trial showed she had ‘long-standing’ differences with her mother and sister from around the age of six.

In a handwritten note prepared after she was given targeted youth support in 2012, she said: ‘I feel like I don’t belong to the family any more.’

By early last year, Edwards’ emotional turmoil led her to write a letter to a teacher in which she spoke of suicide, adding: ‘I have tried to remain strong but I can’t fight any more. Now I feel that death is the only way.’

After her arrest for murder, detectives found evidence of her apparent intention to take her own life after the killings.

A note written by Edwards in a pink diary found at her home read: ‘F*** you world. I want to be cremated and I want mine and Lucas’s ashes scattered at our special place. We don’t give a f*** any more.’