A four bedroomed property in Glasgow Scotland, that has not been updated since the 1970s, is up for sale and could be yours for £450,000.

The amazing time capsule has remained unchanged since Abba first embarked on their conquest of the UK music charts, and features one of the first sunbeds ever made, which lowers from the ceiling and looks like something from Dr Who.

The outside of the property which was built in 1909 is fantastically Edwardian, but once you open the door you are greeted with clashing patterns of orange and brown and plenty of formica. 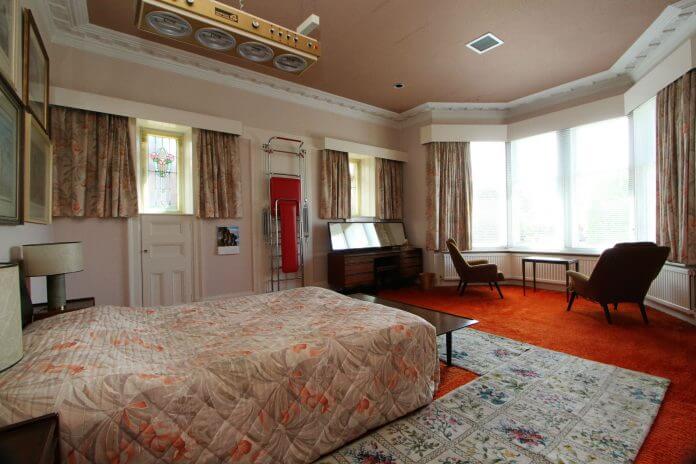 The sunlamp above the bed can be lowered

The property, called Loganlee, is in the upmarket Glasgow suburb of Newlands. Sellers Rettie are confident the extraordinary interior of the house will attract a lot of interest from potential buyers.

A spokesman for the estate agent said: “The owner’s father was an architect, so it features all the mod-cons from the 1970s. 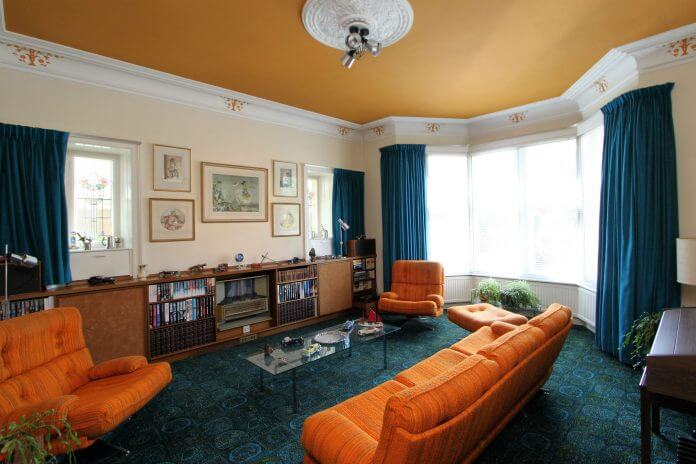 The home is a shrine to all things acrylic 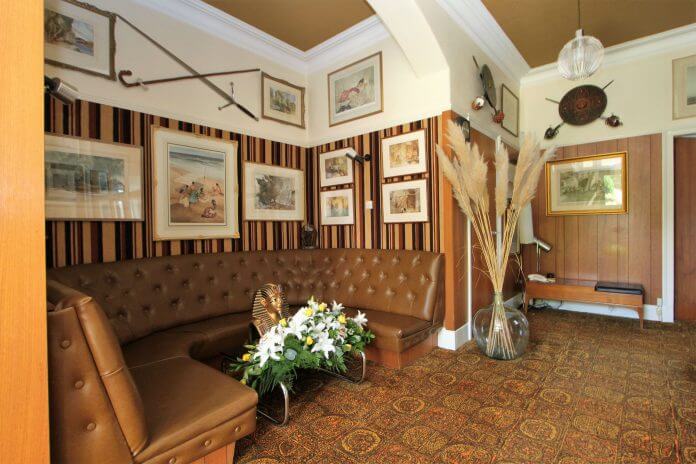 “The bedroom still has one of the first home sunbeds, and I understand it still works and it is lowered from the ceiling.

“There is also some fold out gym equipment in the bedroom that folds out for sit-ups and pull-ups.”
There

Rettie added in their brochure: “The property offers a great deal of flexibility and has a very well preserved 1970s interior.

“There is a further formal dining room which has further secured storage, a really useful family room which from there gives access into a galley styled breakfasting size kitchen with a range of 1970s wall and floor mounted units with integrated electric hob, oven and grill.

“From the kitchen there is a very useful utility room, again with wall and floor mounted units and separate sink and a working sauna.”

The property also comes with a well-kept garden and array of plants. 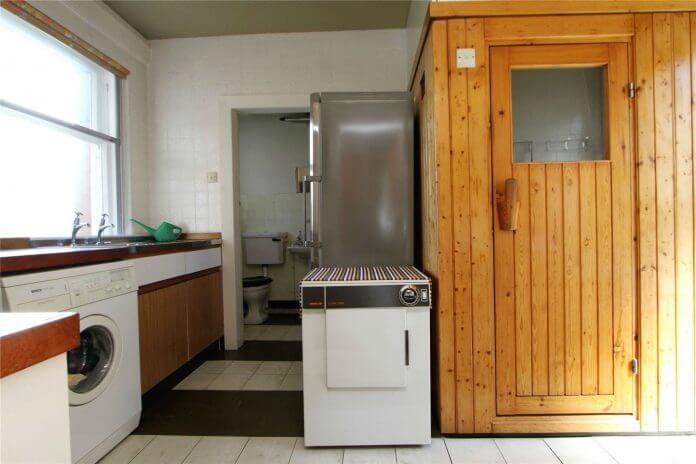 The sauna in the astonishing home 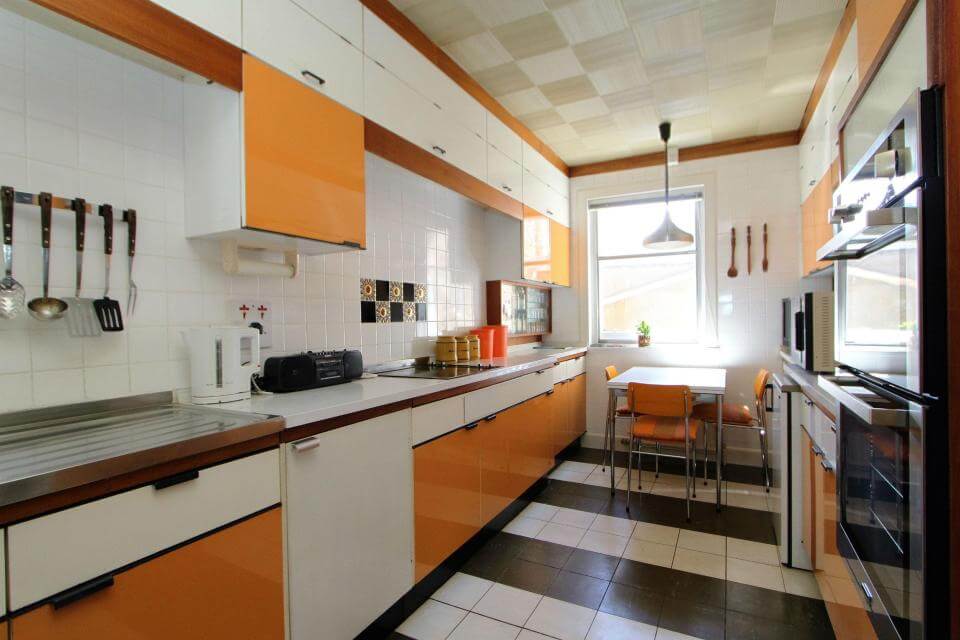 The kitchen is a riot of oranges and Formica

The brochure added: “There is a beautiful mature garden which has been nurtured by the owner for the last 40 years.

Last year a similar four bedroom bungalow came onto the market in Glasgow for £275,000.

The time-warp family home was also a homage to the days of Simon and Garfunkel, open sandwiches and shag-pile carpets.

Estate agents Rettie claimed they had over 100 views in the first week of marketing the property.