Police in Slough have arrested an old-age pensioner and his sister on suspicion of murder after a burglar was shot dead whilst trying to break into their caravan.

Reuben and Cathy Gregory were taken into custody after a man in his 40s was found in woods near Heathrow airport with fatal gunshot wounds to his body.

The victim is believed to be one of two men who attempted to break into the brother and sisters caravan in the early hours of the morning. The second accomplice also suffered gunshot wounds and has been treated in hospital.

The elderly man who is believed to be in his 70’s was a recluse, and is alleged to have opened fire on the men after disturbing them during a robbery. The pair are believed to have previously been victims of a brutal robbery at their caravan where they have lived for over 60 years.

Police were called to their isolated mobile home near Slough at around 3:20 AM, and upon arriving found one of the robbers lying dead in neighbouring woodland. Police immediately sealed off the scene and erected a tent where the body was found. 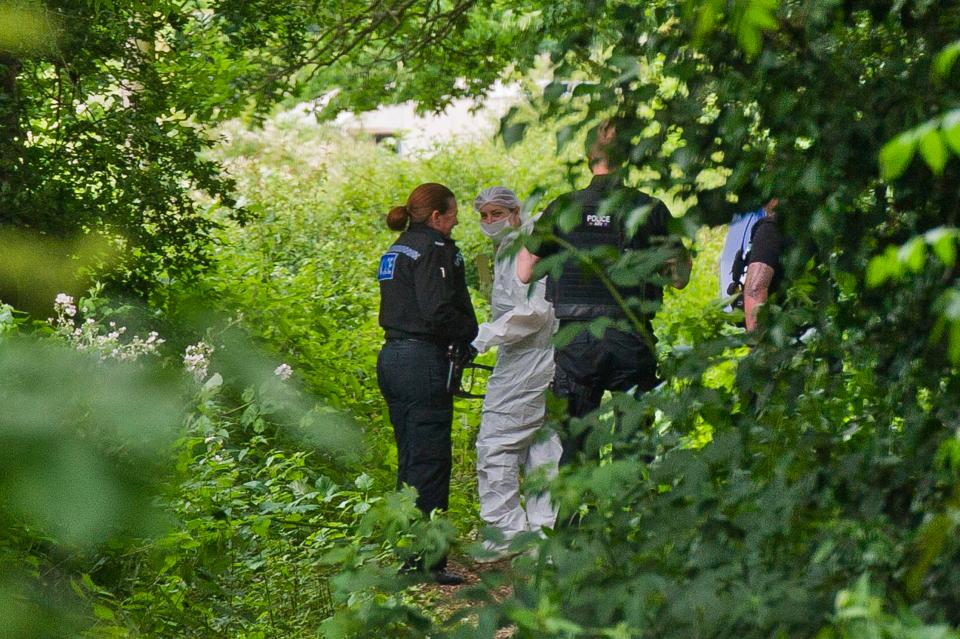 A cousin has said that they were innocent victims of a burglary, adding:

“Reuben is more than 70 years old and he and Cathy are very inoffensive people with no police records.

“Years ago they were robbed tied up and beaten and everything was taken from them, all their possessions.

“They have lived there in the caravan all their lives. Their mother lived there before she died.

A neighbour added: “They are brother and sister and live in a caravan with no electricity and have lived there for 60 years.

“They don’t trouble anybody, I have only seen them go out when they go to the shops.

“They don’t go to the pub, they don’t have meals out, they are nice people who wouldn’t harm anyone.”

A Thames Valley police spokesman said: “Officers discovered a man in his 40s who was declared dead at scene.

“A man in his 70s and a woman in her 50s were arrested at the scene on suspicion of murder and are in custody.”

Det Chief Supt Chris Ward said the shooting is being treated as an “isolated incident”.

He urged any witnesses to come forward with information.

< Prev StoryWoman Shocked After Discovering 20,000 Bees In Bonnet Of Her Car