Cyanide gas released as insulation boards burned may have contributed to deaths at Grenfell Tower. Experts said the thermal lining, fitted in the cladding process, is said to give off the deadly gas when alight.

Prof Richard Hull said: “It has been an accident waiting to happen.

Fire toxicity experts claim their positioning – between the new cladding facade and the existing ‘70s brickwork of the building – meant every flat could have been filled with enough gas to kill those inside.

Three of those injured in the fire are known to have been treated with an antidote for hydrogen cyanide poisoning in hospital but it is thought the number of those affected may be higher. 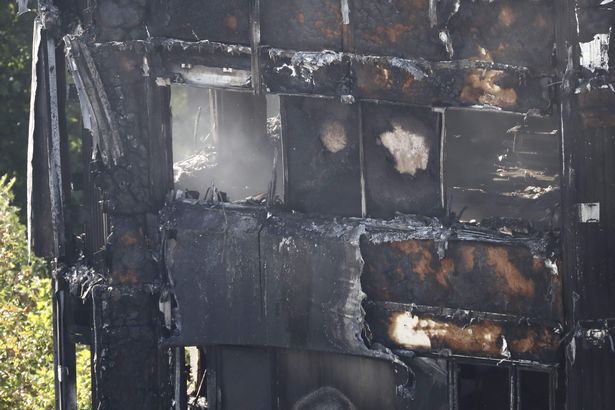 This pictures shows where the building’s cladding has burned through (Photo: AFP)

Pinning down what role it played in their deaths may never be known because of the victims’ condition.

Speaking yesterday Richard Hull, professor of chemistry and fire science at the University of Central Lancashire, told Sky News: “The outside wall of the building had 150mm of PIR foam (fitted), and once the fire had spread to that every flat would have its own source of PIR foam, which would have produced enough hydrogen cyanide to kill all the people in that flat.”

The insulation was made of Polyisocyanurate (PIR), rigid plastic foam sandwiched between two sheets of aluminium foil to create 15cm-thick boards.

Although PIR itself is flammable, the aluminium foil is supposed to disperse flames and prevent it catching fire. 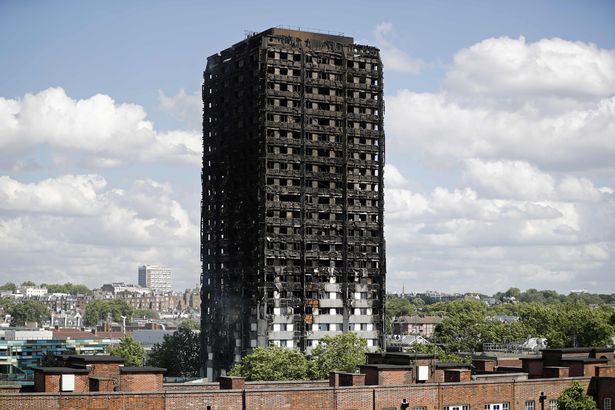 The charred remains of the residential tower block (Photo: Getty)

It was fitted behind the cladding and in front of the old brickwork as part of the refurbishment process.

Professor Hull, who co-authored a peer-reviewed study in 2011 which established that PIR was the most toxic six insulation materials added: “It’s been an accident waiting to happen and unfortunately we’ve got to the stage now where the accident has happened and we’re standing here saying ‘I told you so’.

“It would have been much better if people had listened to us earlier on when we published the report.”

The insulation board was manufactured by Celotex, who say if fitted correctly it meets regulations for use on buildings above 18m (59ft) tall.

Celotex is yet to comment on the cyanide claims.