A sadistic gang who befriended a vulnerable father and forced him to eat his own testicle and have sex with a dog, before knocking his teeth out with a hammer and chisel and dumping his lifeless body on wasteland, have been jailed for life.

According to The Sun, Jimmy Prout, 45, thought the group from North Tyneside were his friends, but instead they carried out the campaign of abuse against the vulnerable dad.

The ringleader called Zaman was branded an “evil, vindictive man” as he was sentenced to a minimum of 33 years behind bars by Mr Justice Dove during the hearing at Newcastle Crown Court.

Ann Corbett, 26, who was in a relationship with Mr Prout, and Zaman, 43, were convicted of murder. Corbett was jailed for a minimum of 27 years. Myra Wood, 50, and Kay Rayworth, 56, were cleared of murder but convicted of causing or allowing the death of a vulnerable adult.

Wood was jailed for nine years and Rayworth sentenced to 12 years and four months. All of the accused had already admitted to perverting the course of justice.

Corbett and Rayworth were even ordered by Zaman to return to the lifeless body to get Jimmy’s bank cards so they could steal hundreds of pounds from his account. 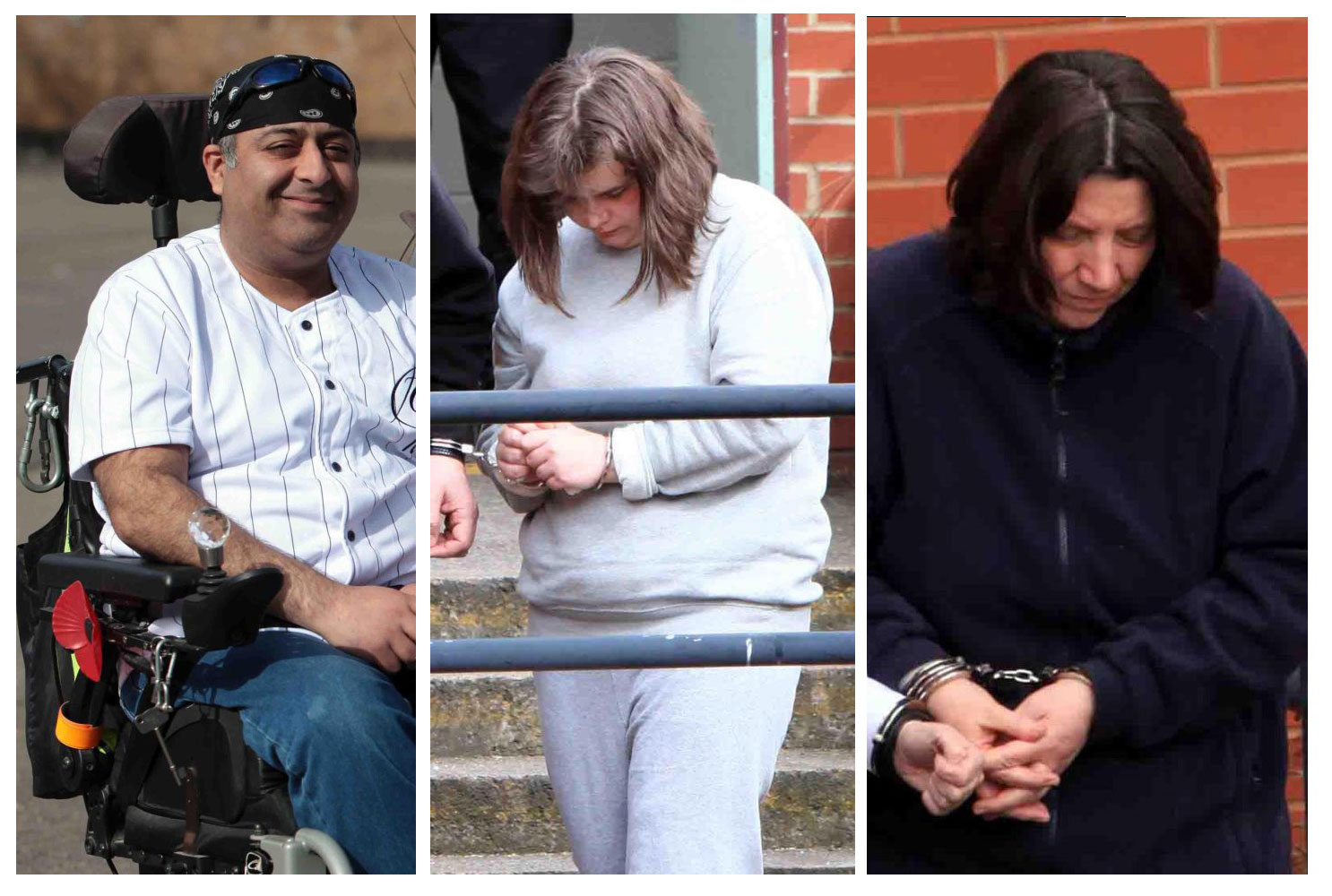 The court heard that the group of five people had a very strange relationship which was almost ‘cult like’. Paul Greaney QC, prosecuting, said: “In effect, over a period of time, Jimmy Prout was not just mistreated, he was tortured.”

“In the end, this conduct was to cause the death of Jimmy Prout.”

Mr Greaney said Mr Prout died on February 9 2016, and his body was dumped on wasteland where it began to decompose and was partly eaten by animals.

The group had tried to cover their tracks, by pretending to look for Mr Prout and asking people if they’d seen him, whilst secretly emptying his bank account of all his money.

Leader of the group Zaman who is wheelchair-bound, was described as a vengeful and controlling monster who was set on getting revenge for a theft that he thought Mr Prout had been involved in.

CCTV footage from Zaman’s house shows Mr Prout’s condition deteriorating as the assaults continued. In one clip from October 18 2015 you can see Mr Prout walking and jogging, but the next piece of footage that was shown to the jury shows him staggering around before slumping onto a fence.

The court was then shown a clip that was recorded at around 9:47 PM on February 6, 2016 in which all four defendants are seen with with Mr Prout who is in a dreadful condition and was being supported by Corbett and Rayworth as they walked to another house. It was here that he was believed to have died.