A mum sent her ex a final picture of their daughter before killing the toddler and trying to commit suicide, a court heard.

Cody-Anne Jackson sent Paul Hogan the photo of two-year-old Macey with a message reading: ‘Sorry, just thought you deserved one last picture and memory of her.’

The 20-year-old is accused of murdering the girl by smothering her just a week after she and Mr Hogan split up and he moved out of their home in Fenton, Stoke-on-Trent.

Stafford Crown Court heard that Jackson had left a suicide note and stabbed herself in the chest, but the knife wounds were found to be superficial.

Jackson claimed Macey suffocated while sleeping in bed with her, and she tried to kill herself after finding the body.

Prosecutor Jonas Hankin QC said the relationship between Jackson and Mr Hogan had reached a ‘tipping point’ on the weekend October 7 to 9, when Jackson sent him a string of messages. 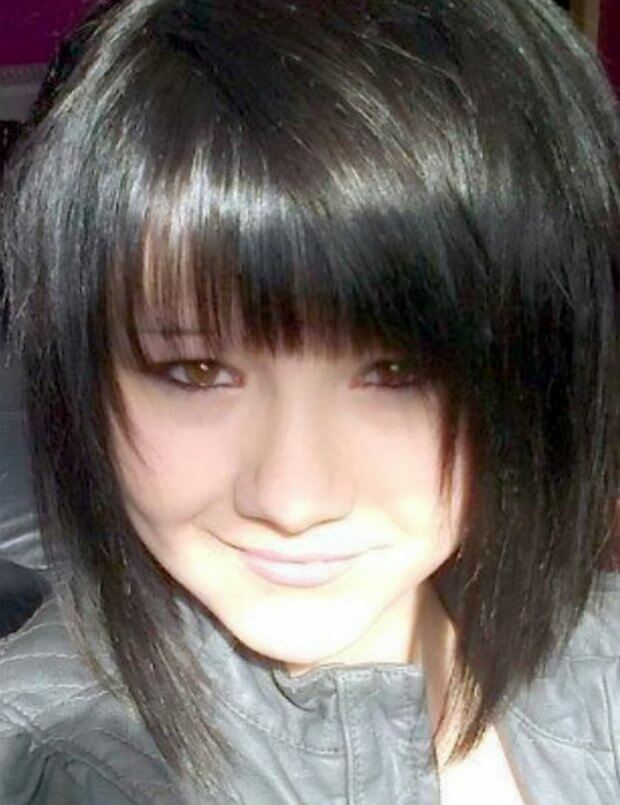 He said: ‘In Cody’s mind the relationship had reached a tipping point. Any prospect of reconciliation, it seems, had evaporated.

‘As far as she was concerned the relationship was finished. On October 9, for the first time, she was forced to confront the reality of being on her own. She spent the rest of the day at home alone with Macey.’

The jury heard Jackson spent the night next to Macey before calling 999 to report she was not breathing.

Pathologists found widespread and prominent haemorrhaging on her face, eyes and eyelids, the court heard.

Mr Hankin said: ‘This child suffered widespread brain damage caused by the interruption of oxygenated blood supply to the brain. Something has interfered with her ability to breathe.’

Police smashed their way into the house minutes after Jackson’s 999 call and found her performing ‘ineffective’ CPR on Macey, who had clearly been dead for some time.

Jackson, who has a history of self-harm and suicide attempts, the court heard, claims she woke to find a pillow covering Macey’s face.

She said she discovered the child was not breathing and, realising there was nothing she could do, decided not to call the emergency services and lay in bed with her daughter.

She then tried to kill herself with two kitchen knives, claiming she could not live without Macey.

A suicide note found at the home read: ‘I do not want to leave her behind but I can’t go on either. There is nothing for me or Macey.’

It added: ‘I sit here thinking about killing my own daughter and then killing myself. I do not want to leave her behind but I can’t go on either. There is nothing for me or Macey.’

Mr Hankin added: ‘The suicide note was clearly written before Macey’s death. The defendant acted on her stated intention to kill Macey, but failed to follow through with her suicide. It is that simple.’