THE brother of a man found dead on the sofa has defended his relationship with the dead dad’s wife – saying it’s natural to want to help.

Widow Ashley Murrell turned to her brother-in-law Chris in the weeks after her husband Mikey was found dead on the family sofa.

Now Mikey’s younger brother, dad-of-three Chris, who works as an electrician, has spoken out about the sudden loss of his sibling.

He said: “Losing Mikey came as such a shock, I couldn’t even process it for hours. It felt like someone had stuck a knife in my gut.

“I drove straight round there to be with Ashley because she had no-one else. Since then I have just been on autopilot mode trying to look after my family.

“Mikey and I were very very close. We always shared our problems with each other and we spoke most days.

“We’re a close family and Ashley and I have been great friends for 10 years but since the loss we’ve become best friends. I’ve been a rock for her and she’s been a rock for me. 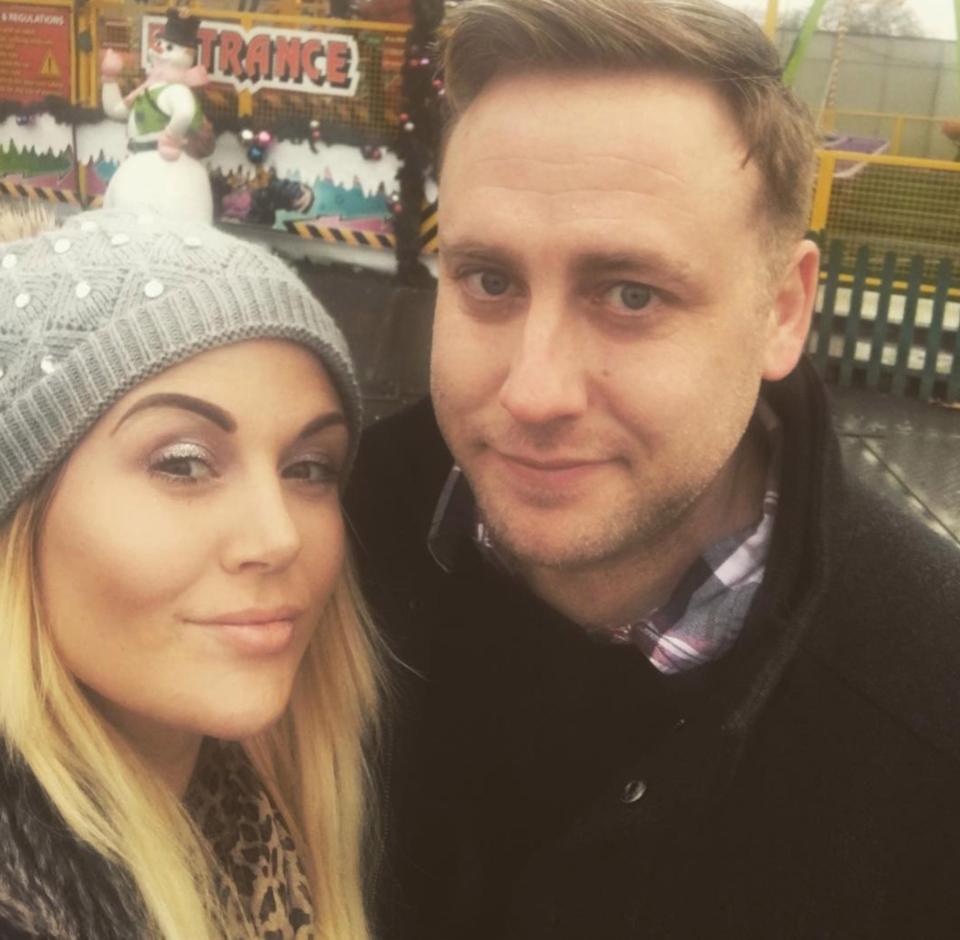 Ashley said she was devastated at the loss of husband Mikey Murrell, pictured

“My mum finds a lot of comfort in seeing us support each other and I know Mikey would be happy to see I’m helping his wife and kids. I don’t know any brother who wouldn’t.

He added: “He would be turning in his grave at all the vile comments we’ve been getting. It’s been a devastating year and this is the last thing we need.

“I am here to support Ashley and be a father figure for the kids but they are very clear on the fact that I am their uncle.”

Ashley first hit the headlines after she urged others to kiss their loved ones goodnight after losing her beloved husband Mikey, saying she was devastated that the last words the couple exchanged were in anger.

The 36-year-old had returned to the pair’s home after a 16-hour shift on May 16 of this year, and was banished to the couch after the fight.

She had no idea he had been working so hard to save money for the couple to be able to travel to Prague for their anniversary on July 3.

Now mum-of-three Ashley, 33, has been hit by a sickening backlash on social media for her relationship with Chris.

After the beauty therapist confirmed she was in a relationship with Chris on Facebook a few days ago, she today claimed they “are pretending to be in a relationship” for the children’s sake.

Ashley, of Wellington, Somerset, said: “Chris has been a massive support, not only to me but to the kids as well. He is great with them.

“They are used to having their dad around so it is nice and so important for them to have a male figure in their lives.

“Chris is not a replacement for Mikey. He is their uncle and always will be.

“It’s been really important for me to have that help with the kids. There have been so many things over the last two months that I never would have got through without him.

“From the day Mikey died to the present, Chris has been there for us.

“I’m just trying to provide a stable home for my kids and people are stronger when they are together. Nothing is stronger than a family unit

“The fact that people are commenting such vile things is just disgusting. I’ve had death threats and people saying I suffocated Mikey. It’s horrendous.

“People have even said they’re coming for my kids and going to take out a contract to kill me and Chris. It is the last thing we need

“It’s crazy how people can just take one thing they’ve read and start judging a situation they don’t understand at all.”.

Ashley added: “We want to keep up the family unit despite everything that has happened.

“It might be hurtful to us but the most important thing is protecting the kids and we believe this is the best way.”

Chris added: “Of course we are going to keep supporting each other. It is for the sake of the kids.

“And we know that Ashley’s kids and my kids appreciate being around family.”