A shameless mum jailed for stealing nearly £500,000 from her brain-damaged daughter is now contesting her will. Cathy Svendsen, 47, was locked up in 2014 with her ex-hubby after they blew cash awarded to Sam Hills.

But divorced Svendsen – who has since been released from prison after serving just half of her sentence – is now disputing her daughter’s dying wishes.

A source said: “Sam went on holiday last year. She knew it would be her last, and she died on the plane home.

“She left her house to the carers. Her mum then declared a vested interest. It’s deplorable.” 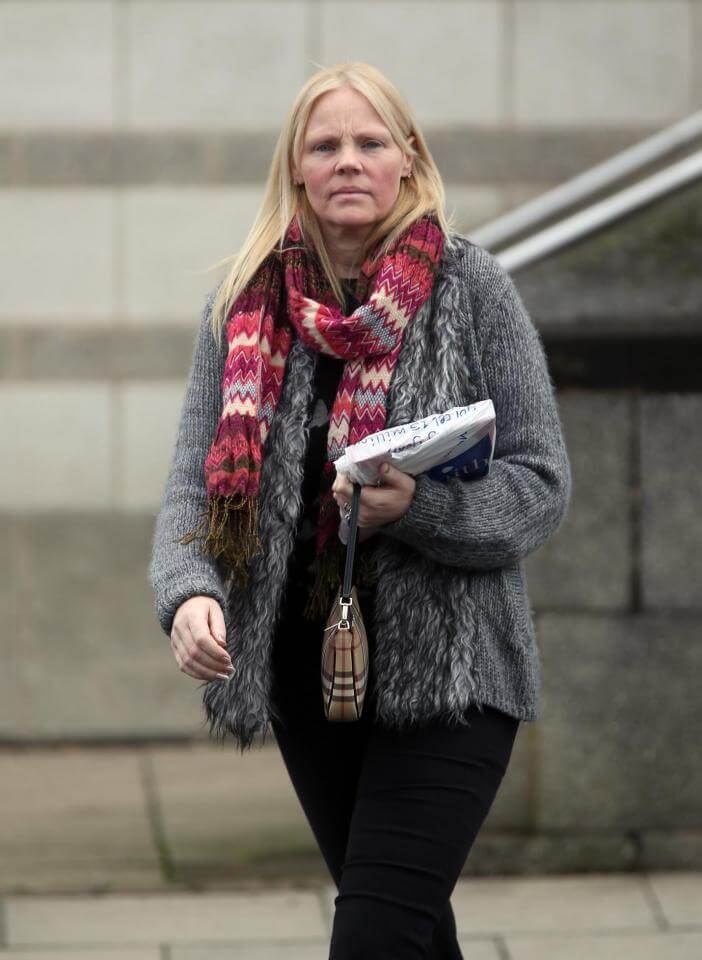 Shameless Cathy Svendsen is contesting her brain-damaged daughter’s will, after stealing £500,000 from her. IMAGE: ROSS PARRY AGENCY

Sam was awarded £2.6million in 1999 after being starved of oxygen at birth.

But Svendsen, from Grimsby, and her then husband Robert Hills, 53, spent it as “though they had won the lottery”.

One of the motors included an all-pink Mini Cooper with the reg X66 MUM.

Svendsen, from Grimsby, Lincs., who was convicted under her married name of Watson, even spent £12,000 on cosmetic surgery and splurged £100,000 on credit cards.

Their deception and Sam’s ongoing care costs left just £200,000 – only enough to cover her care for two years before the bill was due to be picked up by the taxpayer.