The discount clothes chain is recalling three colours from its male Cedar Wood State flip flop range and offering a full refund to anyone who bought them.

The chemical is a constituent of coal tar and tobacco smoke, and suspected to be a carcinogen.

The black, blue and khaki footwear in question were on sale in Primark shops from January 4 to June 2, 2017. 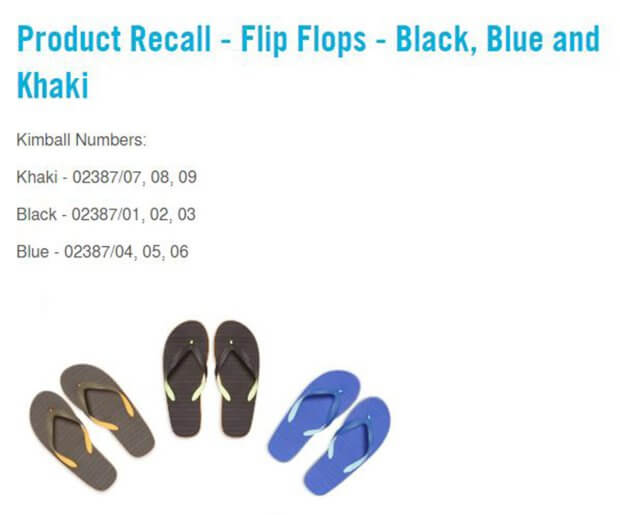 Their website said the flip flops do not “meet the Primark usual high standards for chemical compliance” and have “levels of a restricted substance.”

An investigation has now been launched and Primark has suspended all new orders.

It was unable to confirm the location of the factory where the flip flops were made.

Earlier this year, Primark was forced to recall leggings after small pink bows on the knees were discovered to pose a potential choking hazard.

In February, a range of The Walking Dead t-shirts also provoked a racism row.