VINNIE Jones has claimed he was hacked after a picture was posted online showing 100 foxes it was claimed he had shot, sparking outrage.

An image of a huge pile of carcasses laid out on the ground was tweeted from the 52-year-old’s official account.

Next to the snap was the message: “A real night lamping #foxes anyone beat this?”

Animal lovers reacted to the tweet with fury, slamming the Hollywood hardman for carrying out the “massacre”. 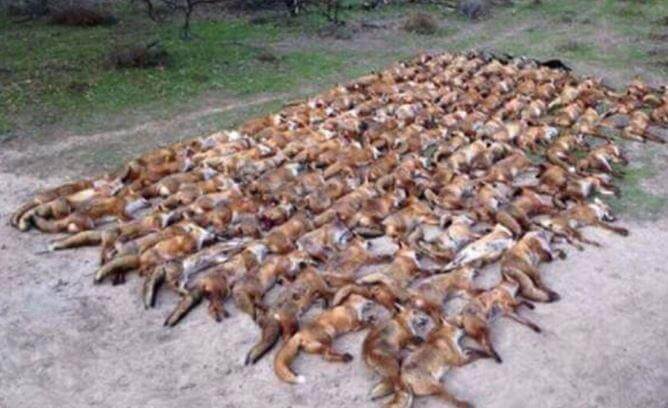 One wrote: “Beyond despicable: ex-footballer Vinnie Jones revels in killing foxes for fun. What kind of example is he setting??”

Another said: “One sick man! Vinnie Jones is a bully and a murderer! Call yourself a man?

“Picking on innocent Foxes? Bet it made you feel tough eh? #BULLY”

And a third tweeted: “Disgusted is an understatement @VinnieJones65. Senseless & cowardly #foxes #AnimalCruelty”

And Jones has now taken to Twitter to claim his account was hacked and he was not the one who sent the picture.

He wrote: “I have just woke to see these tweets with fox pics , this is a hack ive never seen this pic in my life and did NOT tweet it is a HACK !!!!!”

Jones is a keen hunter who has featuring in Shooting UK, speaking about his love of the sport.

He told the magazine: “I love pigeon shooting — building the hide, putting the decoys out. 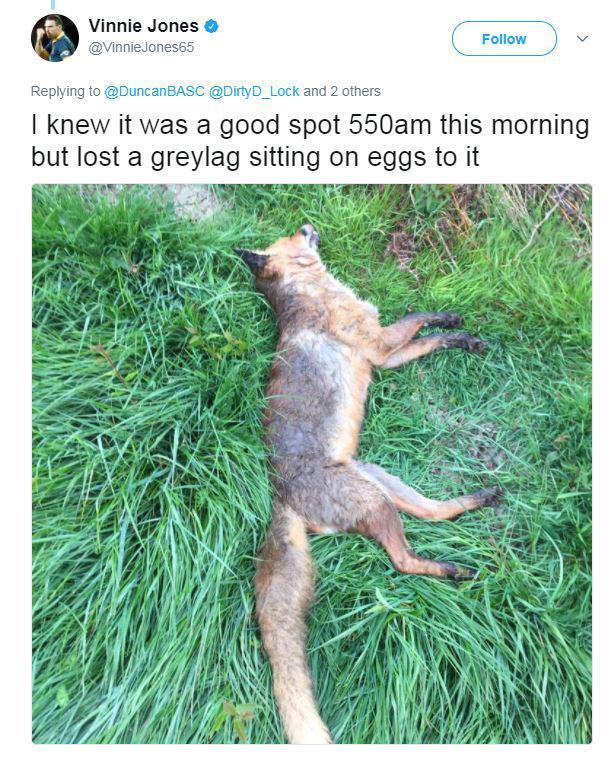 “Lamping is probably my favourite. I’ve spent a lot of money on customising my Land Rover for lamping.

“If the farmer has a fox problem I love going out and dealing with it for him.”

He added: “My perfect day would be to get up early, get the hide out, shoot pigeons all day, bagging 200, then go lamping all night and get half-a-dozen foxes.”