A hedgehog that had swollen to the size of a beach ball is being cared for by the Scottish SPCA. The animal was spotted by a member of the public on Sunday in Shotts, North Lanarkshire.

Vets believe the hedgehog was clipped by a car, puncturing a lung and causing air to be trapped under the skin.

The Scottish SPCA said the hedgehog, nicknamed “Zeppelin” by staff, had now “deflated” and was being cared for at one of the charity’s rescue centres.

The swollen hedgehog was discovered near Minard Road in Shotts and was suffering from “balloon syndrome”. 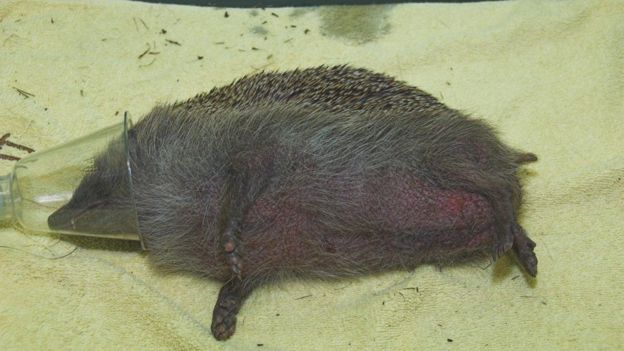 The hedgehog has now “deflated” to its normal size 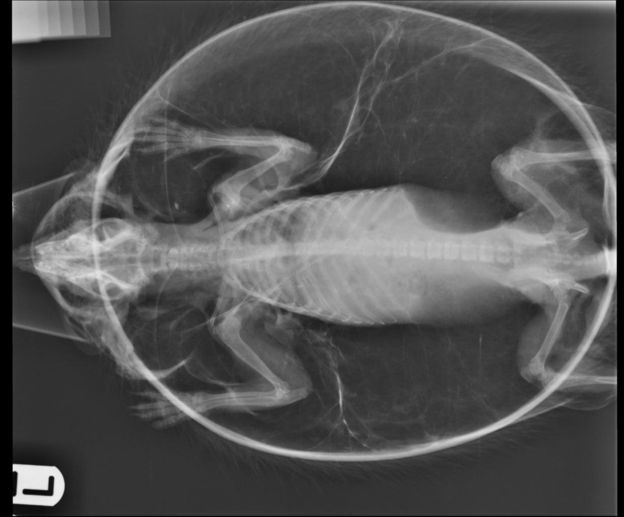 Colin Seddon, manager of the Scottish SPCA’s National Wildlife Rescue Centre in Fishcross said: “Our animal rescue officer Louise Hume got a bit of a shock when she went to pick him up.

“He’s certainly one of the largest hedgehogs we’ve taken into our care.

“He’s been seen by our vet Romain, who is hopeful that Zeppelin – now deflated- will make a full recovery.

“He’ll be closely monitored at our centre to make sure infection doesn’t set in before being released back into the wild once he’s fully recovered.”