And now the 20-year-old has shamelessly bragged on Twitter about his plans for yet more surgery funded by the taxpayer.

Jack says he has been diagnosed with ‘mild depression’ and receives £370 a week in benefits.

He claims to have already had a number of procedures, including lip and cheek fillers, tan injections and an eyebrow lift.

Jack took out £20,000 in loans to get the procedures done, and has been using his benefits money to fund his repayments.

When contacted by MailOnline, Jack said: ‘I will stay on benefits as long as possible. I am part of the Beckham brand, you wouldn’t see David working in McDonald’s would you so, why should I work? 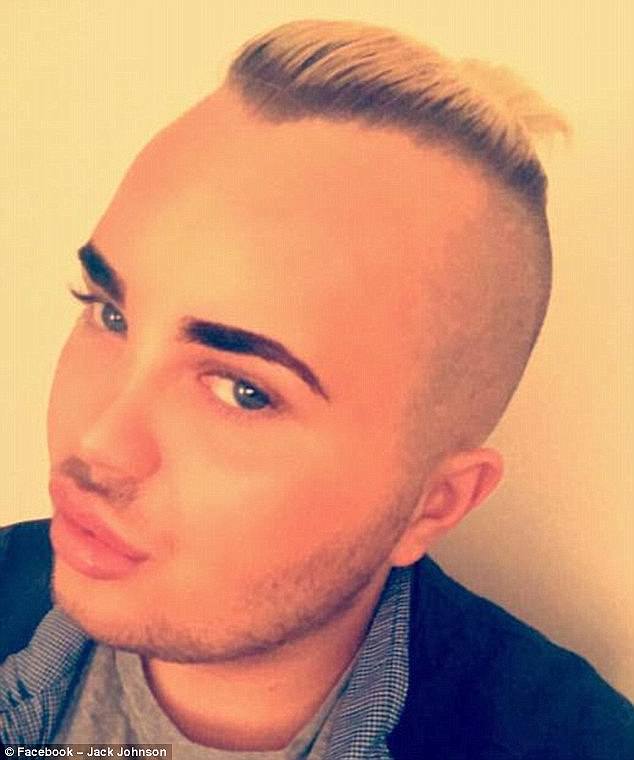 Jack Johnson, 21, used loans to spend £20k on surgery and paid them back with benefits. IMAGE COPYRIGHT: JACK JOHNSON/FACEBOOK

‘Some people on benefits buy alcohol or cigarettes I buy surgery or cosmetics work.’

He has now bragged about having taxpayers fund his lifestyle on Twitter, saying: ‘Sticks and stones may break my bones but taxpayers will always fund my lifestyle.’

Jack posted the shameless tweet with a picture of a stack of cash, which appears to belong to him.

He said is planning to travel to Poland to get further procedures done on his face, in a bid to look like Beckham.

He also told The Sun: ‘Taxpayers are paying for my champagne lifestyle and will continue to pay because I have got depression. I was diagnosed with a very mild case of it, but depression is depression. 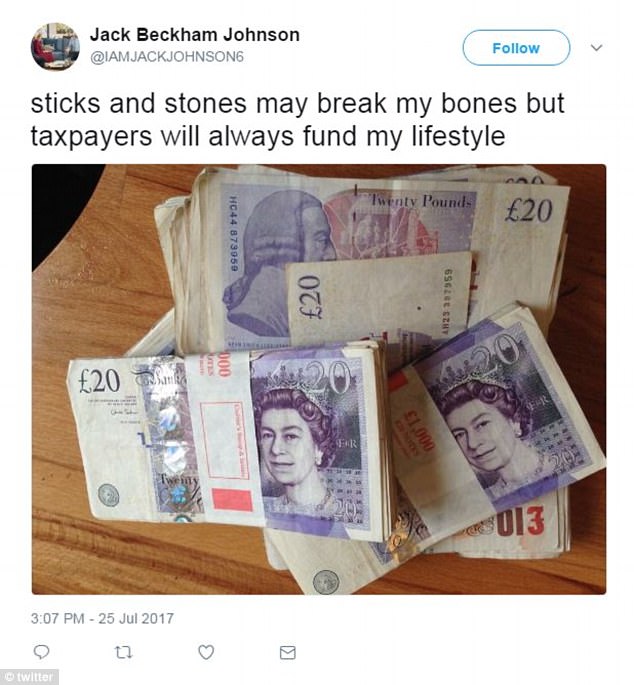 ‘Why should I work when you can have David Beckham’s lifestyle by just staying home?’

Jack says he wants to become a Beckham lookalike and even plans to change his surname to Beckham by deed poll.

His controversial plans lead to Jack appearing in Channel 5’s On Benefits and ITV’s This Morning last year.

Speaking on This Morning last year, Jack said: ‘I know I am not slim like David Beckham, I have tried to lose weight. I have tried every diet, every exercise and I can’t do it.’

He added: ‘I will be happy if I look like David Beckham, I want his lifestyle.’

He also said he wants to become a famous TV presenter, saying: ‘I will do anything. All my life I have been different and I have never fitted in. I believe I should be on TV, acting or presenting.