A cyclist rode his bike for more than 10 miles of a busy stretch of motorway before being stopped by police.

Balin Hobbs, 52, was cycling on the hard shoulder of the M5 when police forced him from the road and into a service station near Cullompton, Devon.

He admitted riding a pedal cycle on a motorway and resisting arrest, at Exeter Magistrates’ Court.

He was given a 12-month conditional discharge and ordered to pay a £20 victim surcharge.

The court heard how Hobbs cycled to Devon from London to attend the court hearing because it was against his spiritual beliefs to be driven in petrol or diesel vehicles.

It took him three days and he slept on the courtroom steps the night before. 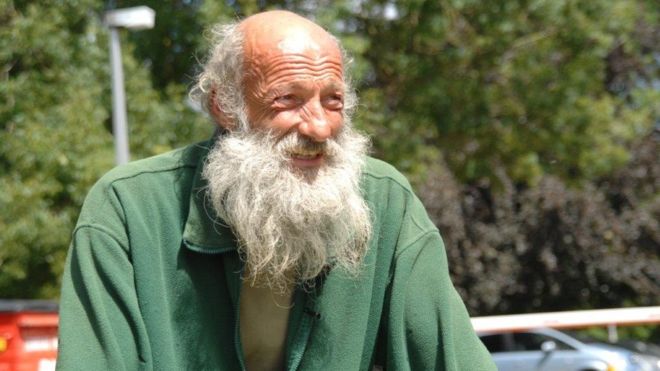 Balin Hobbs cycled on the M5 for more than ten miles

Hobbs was heading towards Bristol on the M5 on his bike during the afternoon of April 29 when police caught up with him.

He overtook the police car, and they forced him from the road after a further two miles when he went into a service station at Junction 28.

He wrestled with officers as he was arrested and put into a police van, the court heard.

Hobbs, whose address was given as Hennock, Devon, but who is living in London, said: “You are putting me in shackles for no reason.”

Hobbs, who had no previous convictions, defended himself in court, and said: “I was definitely on the M5 on my bike.”

But he claimed the police had “intimidated, harassed and harangued me” adding: “I did not intend to cycle on the M5 but I had to try and find my way to Bristol and then London.”

Following the hearing, he mounted his bike to begin the journey back to London.