A man has died after “staggering into an alleyway with stab wounds” following a lunchtime knifing at a popular seaside resort. A murder investigation was launched last night after the 37-year-old succumbed to his injuries in St Leonards-on-Sea, Sussex.

Police and paramedics were called to the incident which happened at lunchtime yesterday, but were unable to do anything to save the man’s life, and he was certified dead at the scene.

A police cordon sealed off the alleyway and a separate crime scene was sealed off in a nearby road.

Detectives from the Surrey and Sussex Major Crime Team were called in after the death was declared a murder.

Officers began house-to-house enquiries to try to find out what had happened in the run-up to the fatal knifing. 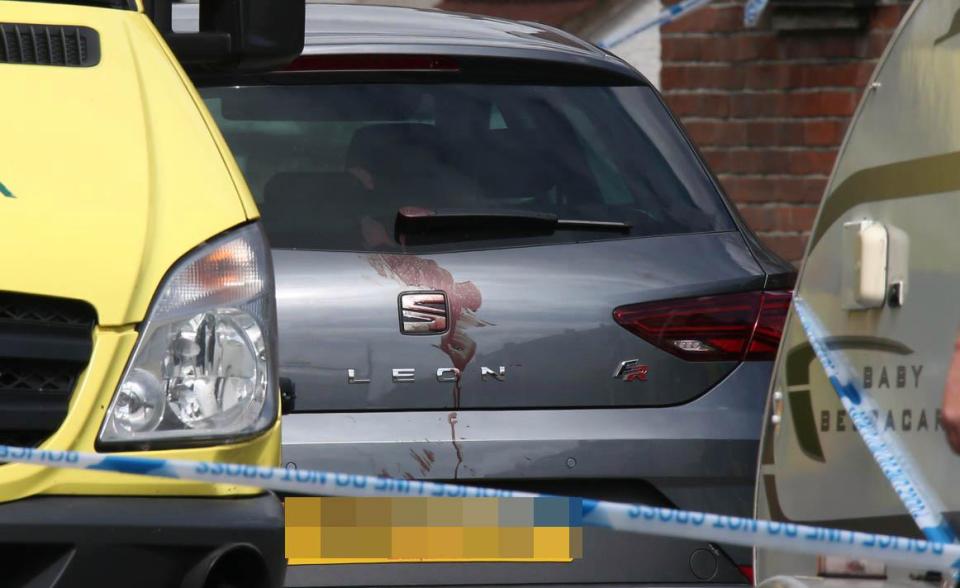 Blood can be seen splattered on the back of a car in St Leonards-on-Sea, Sussex. IMAGE: EDDIE MITCHELL

Three paramedics fast response cars, an ambulance and an air ambulance were all called to the scene at Wishing Tree Road in St Leonards near Hastings, but were stood down after the victim was certified dead.

A spokesman for Sussex Police confirmed that a 21-year-old man had been arrested in connection with the murder and that no one else was being sought by detectives.

The spokesman said: “At about 12.41pm on Thursday July 27th, police were called to the incident on Clyde Road in St Leonards, Sussex, and further enquiries led to the discovery of a 37-year-old local man with serious injuries in an alleyway in nearby Wishing Tree Road.

“Despite the best efforts of paramedics, he was pronounced dead at scene. A section of the street has been cordoned off while forensics investigations are carried out.”

The spokesman added: “A 21-year-old man from London was arrested in Clyde Road on suspicion of murder. He remains in police custody at this stage.

“Police are not looking for anyone else in connection with the incident. However, anyone with any information is asked to report it online quoting Operation Lexus.”