For most of us, the closest we come to being in touch with the food we eat is when we pick which frozen chicken we want to buy at the supermarket.

But one British mum is keen to get a bit more hands-on when it comes to bagging her dinner – and insists that hunting and killing wild animals is the kindest way to do it.

Lisa Taylor, from Surrey, has become something of an internet sensation thanks to her Facebook page, Lisa’s Shooting and Hunting Experience.

The single mum has over 15,000 followers on Facebook, where she uploads photos of her alternate weekly shop.

Posing next to deer and rabbit carcasses, with a high-powered hunting rifle in shot, the resourceful huntress is on a mission to get closer to her meals.

She regularly uploads updates from her hunts, along with shots of her quarry after she’s pulled the trigger on them.

Lisa, who owns a deer park, also shares snaps of the slain foxes which she says threaten her livelihood by killing her game.

She insists she only kills deer or rabbits to eat them – and even makes use of the fox meat, which she feeds to her pet hawk.

While not everyone is impressed with Lisa’s bloody hunt photos, she’s insistent that her way of putting dinner on the table is far more ethical than ours. 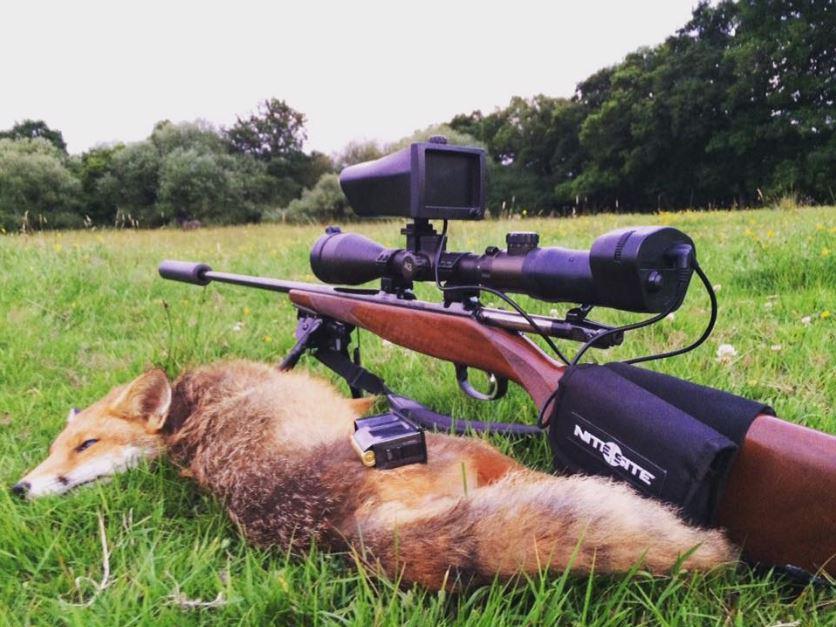 Lisa’s high-powered hunting rifle puts dinner on the table, but not everyone is impressed. IMAGE: FACEBOOK/LISAHUNTS808

She makes full use of everything she kills, and offers animals better lives – and cleaner deaths – than battery farmed livestock could ever dream of.

She told The Sun Online: “I pose for pictures with my game animal that I’ve hunted because I’m proud of what I have achieved on the hunt.

“It’s no different taking a selfie of your steak in a restaurant, just mine is what your food looked like before it was presented on your plate.”

As well as being an ethical choice, Lisa says that her hunting habits have proved a cost-effective way to provide for her family.

She added that everything she hunts is for food, sometimes turning to her local butchers if she fancies something other than deer or rabbit. 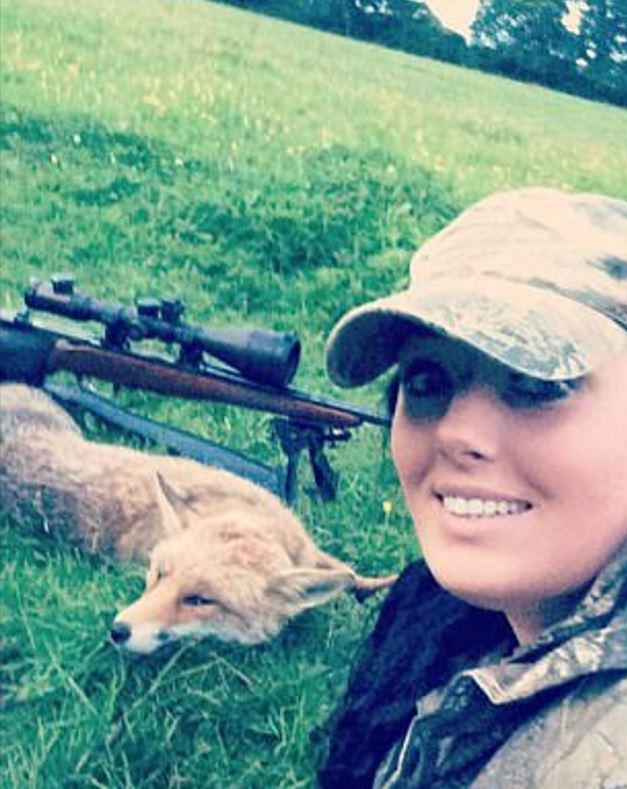 Lisa, who owns a deer park, kills game and foxes, which she says threaten her livelihood. IMAGE: FACEBOOK/LISAHUNTS808

The deer-park owner, who works normal hours during the day and hunts in her spare time, started killing her own dinner three years ago.

In the years since, she’s built up an online community of like-minded hunters on her Facebook page, where she shares photos and sometimes even videos from her hunts.

But she’s faced an extreme backlash – including death threats – from some people who aren’t on-board with her lifestyle.

Among her critics are the animal charity PETA, who slammed her for “deriving pleasure from killing”.

But Lisa says her hunts are all about putting meat on the table, and insists that her way of doing things is far more humane than relying on factory farms for your dinner.

Lisa, who refuses to be described as a trophy hunter, adds: “The reason I buy from butchers and hunt is because as I’m not supporting the local slaughterhouses or caged up animals by doing so.”

< Prev StoryBenefit Cheat Who Was Paid £81,000 After She Claimed She Couldn't Walk Cau…