His family confirmed that the veteran performer and TV presenter – who fronted Strictly Come Dancing from 2004-2014 – passed away on Friday, after being unwell for some time.

‘It is with great sadness that the Forsyth family announce that Sir Bruce passed away this afternoon, peacefully at his home surrounded by his wife Wilnelia and all his children,’ his manager Ian Wilson said in a statement.

‘A couple of weeks ago, a friend visited him and asked him what he had been doing these last 18 months.

‘With a twinkle in his eye, he responded: “I’ve been very, very busy…being ill!”.’ Unfortunately, not long after this, his health deteriorated and he contracted bronchial pneumonia.

‘The family would like to express their thanks to the many people who have sent cards and letters to Bruce wishing him well over his long illness and know that they will share in part, the great, great loss they feel.

‘There will be no further comment at the moment and it would be much appreciated if the privacy of Sir Bruce’s family is respected at this most difficult time.’

Tributes have been pouring in since the news was announced, with BBC Director General Tony Hall calling Sir Bruce ‘one of the greatest entertainers our country has ever known’.

Sir Bruce – who was born in Edmonton, London, in 1928 – had a career in showbiz which spanned 75 years, originally finding fame on TV as the host of Sunday Night At The London Palladium in 1958. 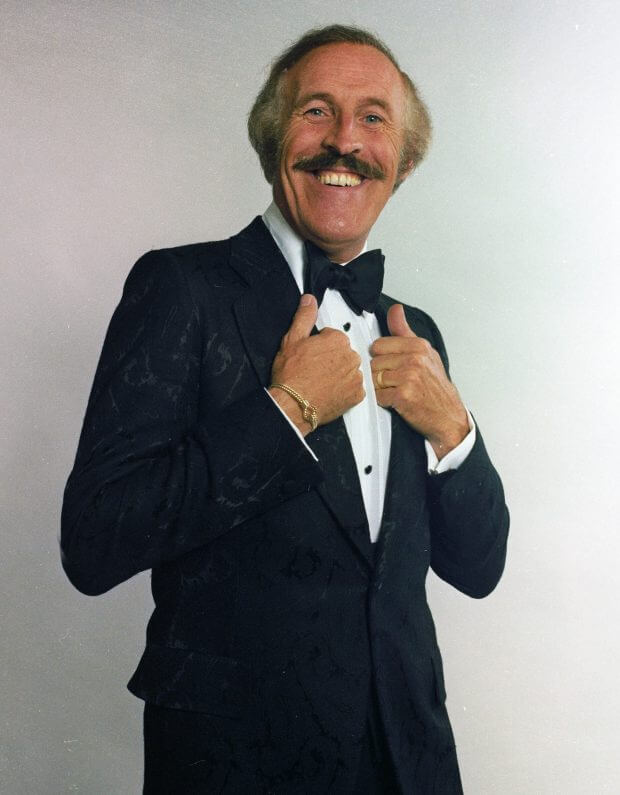 He remained a household name over the ensuing decades thanks to a string of entertainment shows including Bruce Forsyth’s Generation Game, Bruce Forsyth’s Play Your Cards Right and Bruce’s Price Is Right, in-between numerous acting roles, live shows and stage appearances.

The presenter went on to win a whole new generation of fans as the host of Strictly Come Dancing, which he co-presented alongside Tess Daly from 2004-2014.

He left the show in 2014 after a decade as presenter, saying ‘I am very proud of what the show has achieved and confident it will entertain the nation for many years to come.’

While he returned to front the Christmas and Children In Need specials in 2014, concerns over his health grew after he pulled out of presenting the specials in 2015, after undergoing keyhole surgery on a heart problem.

Those concerns increased after he was too unwell to attend the funeral of his close friend Ronnie Corbett in April 2016 – while he had another health scare earlier this year after spending five days in hospital with a severe chest infection.

Close friend Sir Jimmy Tarbuck told an audience in Blackpool earlier this month that he had seen Sir Bruce recently, and that while he was frail, he was in good spirits.

‘He’s okay but he’s a bit frail. He’s had an aneurysm. It’s very serious.’ he explained.

He had six children from his three marriages – daughters Debbie, Julie and Laura from his first marriage, daughters Charlotte and Louisa from his second, and a son from his marriage to Wilnelia.