A FORMER SeaWorld whale trainer has described the conditions the magnificent creatures are kept in as a “disgrace to humanity”.

Three of the marine park’s killer whales, the stars of the water show, have died in the last 12 months as the they struggle to survive in the cramped and disease-ridden artificial environment.

Last week bosses at SeaWorld, located in San DIego, USA, had to put down an orca named Kasatka who became incurably sick.

Her former trainer, John Hargrove, left the marine park in 2012 after 14 years caring for the whales and become a whistleblower.

He said that “what continues to go on in parks like SeaWorld is an abomination”, reported The Mail on Sunday.

He added: “They claim captive orcas help educate people, and for years I bought into it. But Kasatka lived in misery, in barbaric and horrific conditions, and died in agony. 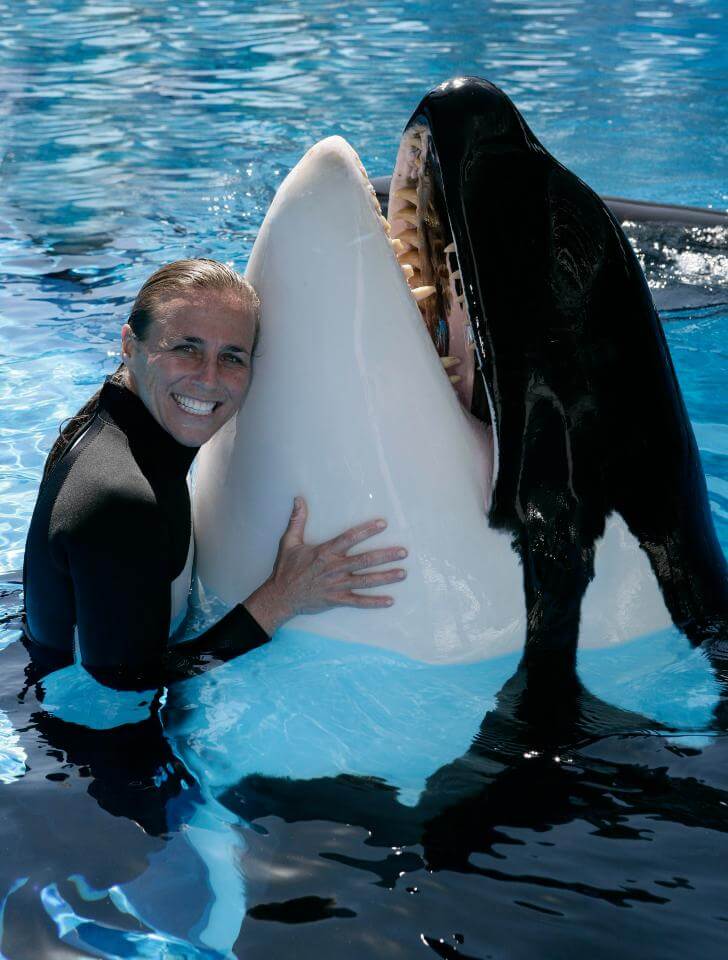 Trainer Dawn Brancheau was killed by an orca who severed her spinal cord in 2010. IMAGE: BARCROFT MEDIA

“She lived out her days in a house of horrors – and I was complicit in selling the lie to the public.”

The killer whales struggle to survive at the marine park because of the small pools they are kept in tanks that are too small.

They often swim into the concrete sides of their enclosures out of boredom and frustration that they aren’t able to roam the oceans as the would do in the wild.

They can be found swimming aimlessly in circles and contract diseases they otherwise wouldn’t.

Hargrove wrote a best-selling book on his experience at SeaWorld and was a central figure in the award-winning documentary Blackfish.

The 2013 film detailed the suffering of the animals at the marine park and caused the company’s shares and tickets sales to plummet.

One scene showed how a distressed Kasatka dragged down another trainer to the bottom of her tank before releasing him in 2006.

Another orca killed trainer Dawn Brancheau by severing her spinal cord in 2010.

SeaWorld dismissed the film as “inaccurate and misleading” but Hargrove is undeterred in his determination to speak out.

He said: “In the wild, these magnificent creatures live to 80, 100 years old,’ he continues.

“I have to speak out because if it stops just one person paying to go to a park where orcas are tortured to perform circus tricks, then Kasatka’s death won’t have been in vain.”