The ex husband of Angela Nwachukwu – the 72-year-old British gran who spent £20,000 trying to get a visa for her 27-year-old Nigerian husband – expressed concerns that she was “being scammed”.

Donald Neate, 71, described the grandmother-of-six as “gullible” as she continues to fight for her husband – who is 45 years her junior – to be allowed into the country.

Anglea, from Dorset, has been married for three months after her now-husband CJ added her on Facebook and messaged her to compliment her on her profile picture.

Donald, who separated from Angela 18 years ago, told the Daily Mail: “The first time I knew about it was when I read the papers. She has been scammed by a man who just wants to get into the country.”

He also expressed concern that she would have to deal with the consequences of her actions. 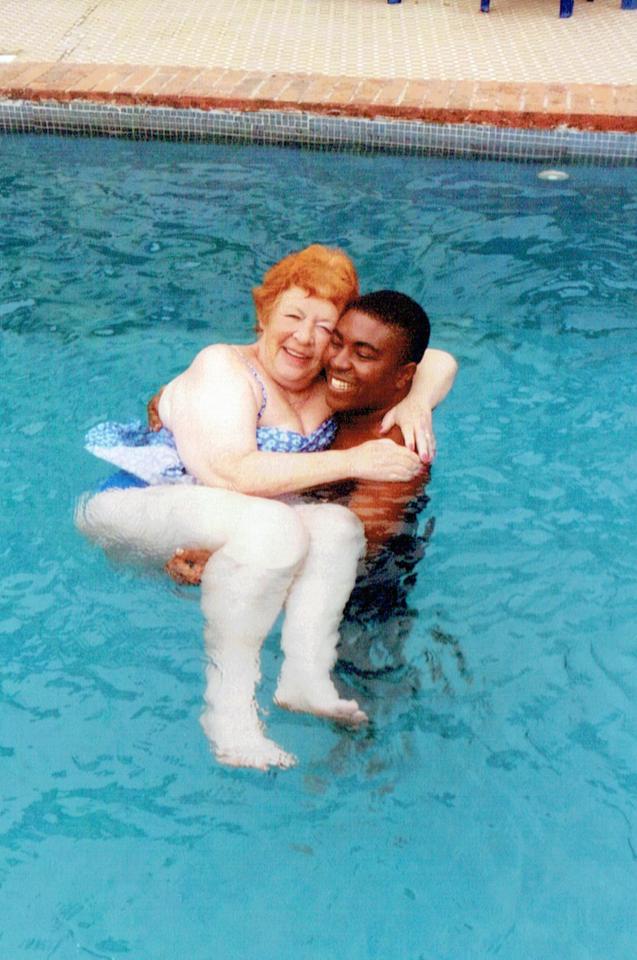 Angela had been single for six months after a 16-year relationship when CJ messaged her. IMAGE: HOTSPOT MEDIA

Angela insists CJ is her soulmate, and since they married has spent £20,000 visiting him and trying to get him into the UK.

The gran of six was ­devastated when CJ was denied a visa – but says their marriage is solid despite the 4,000 miles between them.

Angela, a retired taxi driver, told The Sun: “CJ is the most caring man any woman could want to be with.

“He makes me feel like the most beautiful woman in the world. I know in my heart we belong together and we won’t stop fighting until we can be together as husband and wife. We won’t let this break us.

“After the wedding, I found it hard leaving CJ. I knew I’d see him again soon but my family visa application was rejected.

“I was so determined to get him a visa I hired lawyers to fight for us. I’ve since visited him twice.

“We’ve spent a combined £20,000 trying to see each other. I’ve used my savings and he has gradually paid me back half.”

Donald was Angela’s first husband but she has since had a second marriage that lasted 16 years, and was then single for six months before she was contacted out of the blue by CJ.