A paralysed mother who suffered a spinal stroke has found love again after claiming she was dumped while in her hospital bed.

37-year-old Riona Kelly was left paralysed from the waist down and told she’d never walk again in 2015, following an extremely rare spinal stroke.

Though she can’t remember how it happened, Riona had been at home when she fell down a complete flight of stairs. Her son, Logan, had to call for help.

Not only had her world already been turned upside down – but Riona’s then-husband caused further heartache by requesting a divorce after Riona had spent just five days in hospital.

Riona, who’s from Halifax, West Yorkshire, said: ‘After suffering a stroke not only did I have to deal with paralysis but I had to deal with losing my partner of 14 years.

‘After he asked me for a divorce I was left completely alone. After five days in hospital I was told it would take me six months to a year to recover.’

She continued: ‘After my husband left me in hospital, my friend, Sarah, became my next of kin, it was her and the children that supported me during my recovery.

‘Looking back I was miserable in my marriage, but we had built a life together and had responsibilities.

‘It was the time I needed my husband the most.’

Despite the heartbreak, Riona was determined to stay strong for her four children, Leighanra, 16, Caleb, 11, Izabela, nine, and Logan, five – and she proved that she could by taking her first steps eight weeks after the stroke, using a parallel bar to keep her steady.

She said: ‘I was dragging my body and I had no feeling in my legs but I didn’t care, I was walking and that’s all that mattered.

My consultant was very emotional, he couldn’t believe I had done it with the help of a standing frame.’

Riona, who was in a car accident 18 months prior to the stroke, which doctors said could’ve caused the problems in her spine, said that before she took her first steps, she had to use a wheelchair, which left her feeling very vulnerable. 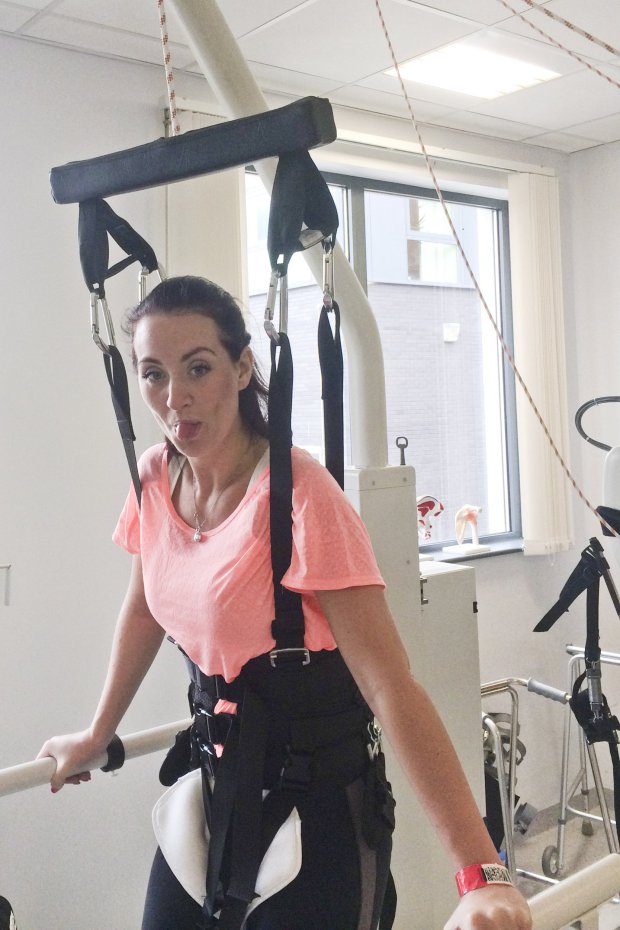 She said: ‘The first time I went out in a wheelchair I thought everyone was looking at me, I hated it and hated myself.

‘If someone had given me the choice I would have ended my life, I didn’t want to live anymore.

‘But the other patients on the ward were amazing, I received so much support from them and they encouraged me to get out of bed every day.’

With the support of doctors, other patients and friends, Riona continued to build up her strength and after four months in hospital, was finally allowed home.

Once back on her feet, Riona posted to her Facebook page in search of a personal trainer to help her continue to go stronger – and alongside gaining a personal trainer, she ended up meeting the man of her dreams, Keith Mason, 35.

‘I put a post on Facebook last January looking for a personal trainer to help me and some friends suggested that I get in touch with Keith,’ explained Riona.

‘After our sessions Keith and I stayed in contact, he would ask me how I was getting on and our relationship blossomed from there.

‘We have now been together for 11 months, the children really like him and I finally feel like I’m living the life I deserve.’

Since meeting, Keith has spurred Riona on to push her body to its limits in order to grow both stronger and more confident.

She said: ‘Keith says I inspire him, but he encourages me every day and understands and sees the pain that I am in.

‘He has been amazing with me and the children and I love him more each and every day. 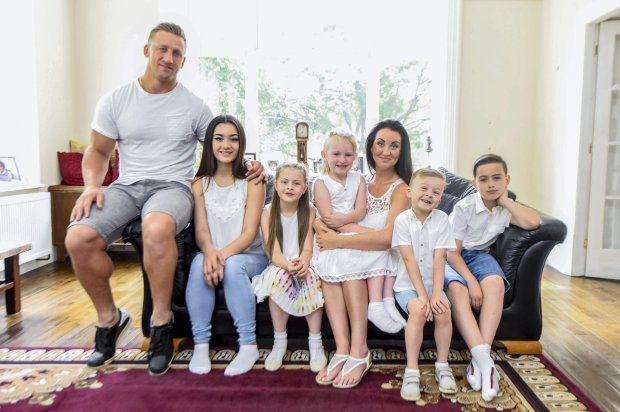 ‘I now only need my wheelchair to go long distances but my home hasn’t been adapted so I try not use it.

‘Looking back, going through what I did was the best thing to ever happen to me.’

Riona added: ‘I’m now back in the gym, and with Keith’s help I’m getting better and stronger than ever.

‘After my stroke I thought my life was over but it’s only just beginning and has opened so many wonderful doors, I’ve signed up with Models of Diversity and have just landed my first TV commercial.’

Defending his decision to break things off with Riona, ex-husband Richard claimed that he wanted a divorce the morning before her stroke – and not while she was in hospital.