A “VIOLENT” dad allegedly lost his temper and battered his eight-month-old baby son to death as he was teething and crying, a court heard.

Little Leyton Dawick suffered injuries all over his body, including some which appeared to be from kicks or stamps to his head and groin.

Manchester Crown Court heard an expert in trauma injuries say the baby boy’s injuries were some of the worst he had ever seen in more than 300 child injury cases.

Jurors covered their mouths with their hands when the catalogue of injuries to the child were outlined at the start of the trial.

Leyton’s father, Craig Dawick, is accused of murder, and was in the dock alongside the child’s mother, Chantelle Flynn, 25, who denies causing or allowing the death of her baby and perverting the course of justice.

Dawick, also 25, from Rochdale, had a “tempestuous” relationship with Leyton’s mother, the jury heard.

Neil Usher, prosecuting, told the jury of seven women and five men Flynn had gone out and left Dawick alone with the child on the morning of September 6, last year. 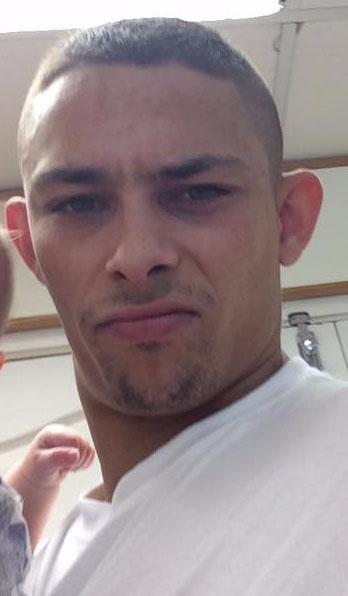 He added Dawick had been violent to her in the past and she knew about his temper and the “significant risk” he posed.

Phone records showed he called Flynn twice at 8.35am and 9.08am before paramedics were called to the house by Flynn at 9.15am after she returned home.

Paramedics arrived to find Leyton close to death and “covered in bruises” before Dawick allegedly pretending to arrive home, in what the prosecution told the court was a “charade” – as Flynn told him their son was unwell.

Scans also showed multiple injuries to his brain, and both parents were taken to see their son before medical care was withdrawn on September 8.

A V-shaped bruise on Leyton’s forehead was consistent with an impact from a shod foot, and a pathologist said the extensive bruising and fractures to his groin was “most likely explained by Leyton having received a heavy blow or blows, such as a stamp or kick to his genital region”.

Mr Usher told the jury: “The prosecution case is that, left alone with a baby who may well have been crying or even screaming that morning, Craig Dawick snapped and deliberately inflicted Leyton’s fatal injuries.”

Dawick, who denies murder, gave a “no comment” interview after his arrest but did provide a statement saying his son had suffered a fall at home which caused the ultimately fatal injuries.

Flynn, who described her on-off boyfriend as a “brilliant father” denies any wrongdoing.

The trial was adjourned until tomorrow morning.

Next Story >Severe Mouse Infestation In Bakery Leads To £700,000 Fine For Asda