A TORMENTED father set up a spy camera to film his drunken wife beating him up – because he feared police would never believe he was a battered husband.

Neil Tweedy, 45, had secretly endured up to 12 years of physical abuse at the hands of school teacher spouse Helen including an assault on their own wedding night in which she smothered him with a duvet and forced him to sleep on the sofa.

But for years Neil believed his hard drinking wife, also 45, would change.

And despite temporarily leaving her, he would return to their suburban family home and refused to bring his plight to the attention of the authorities.

But he finally took action after the couple had a child and she continued to be abusive towards him.

Over the summer he secretly installed a hidden camera at the couple’s £200,000 semi detached in Stretford, Greater Manchester.

During a two-month period Helen was filmed slapping her husband around the head and swearing at him – once in front of their daughter, now four. 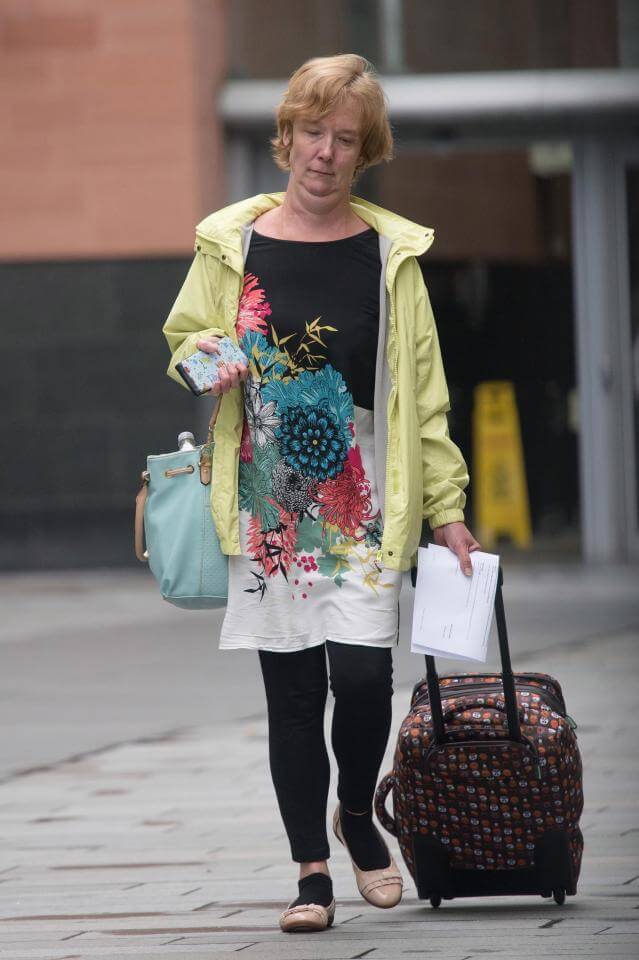 Police were called in after Neil, who captured three different incidents, feared his wife’s violent conduct would escalate and handed over the footage.

At Manchester magistrates court, Helen admitted three charges of common assault by beating and was issued with a restraining order banning her from contacting her husband.

The couple had met 16 years ago and appeared to family and friends to be a happy couple.

”A couple of months prior to these offences the complainant installed a camera to record Helen’s behavior because he didn’t think anyone would believe his story. That recorded three incidents.”

In mitigation defence lawyer James Street said: “This is a very sad case indeed – she pleaded guilty when she appeared in court for the first time in her life. Really, all of these problems come from a long-term drinking problem which has lead to significant mental health issues.”

JP’s sentenced Tweedy to a 12-month community order with 120 hours’ unpaid work and a restraining order for 12 months.

Following the trial Neil said: “Helen is a fantastic and brilliant teacher and gets to work for 7.30am and doesn’t leave till 7.30pm. She’s just so hard working.

“The problem was just alcohol, she was admitted to hospital twice in the past year and could have died. Something had to change. It’s not the kind of problem where she wakes up needing alcohol, it’s just the binge drinking at weekends that’s caused this.

“Hopefully now she can get the hope she needs.”

Next Story >Young Mom Is Jailed After Giving Birth To Baby, Stuffing It In A Black Bag And T…