Hurricane Harvey has displaced not only humans, but sea creatures as well. When Preeti Desai of the National Audubon Society went to assess its damage, she found a decaying fish on a beach in Texas City. The creature, however, was so bizarre she couldn’t identify it.

The seemingly eyeless dead animal had its mouth full of razor-sharp teeth and a large cylinder-shaped body. “It was completely unexpected, it’s not something that you’d typically see on a beach,” Desai told BBC. “My main reaction was curiosity, to figure out what the heck it was.” 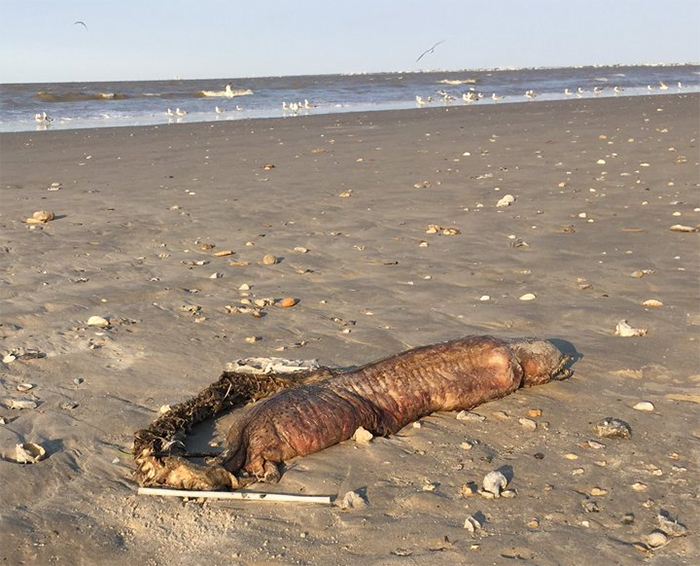 Desai posted pictures of the mysterious sea monster on Twitter and asked for help. “I follow a lot of scientists and researchers. There’s such a great community of these folks that are very helpful, especially when it comes to answering questions about the world or identifying animals and plants.” 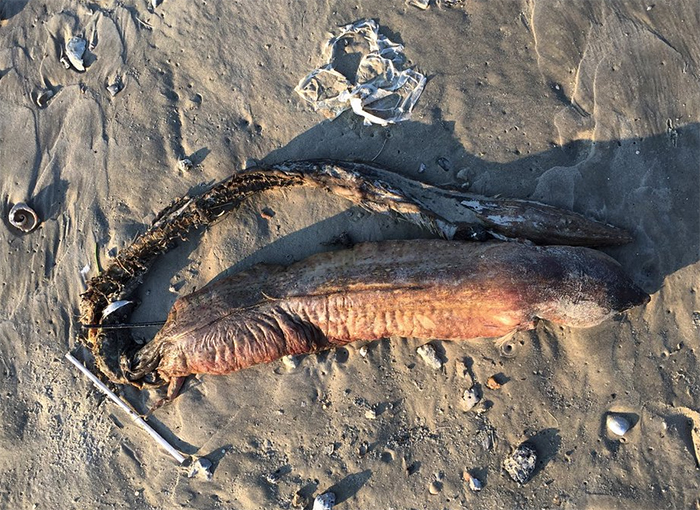 Eventually, biologist Dr. Kenneth Tighe responded that Desai’s find probably is a fangtooth snake-eel, but it could also be a garden or conger eel, because “all three of these species occur off Texas and have large fang-like teeth.” The fangtooth snake-eel (also known as a “tusky” eel) is usually found in waters between 30 and 90 metres (98 and 295 feet) deep in the western Atlantic ocean, so it’s definitely not what you’d meet paddling on the surface.