DUBBED the ‘Rotherham shoe rapist’, this man lived a twisted double life where he raped multiple women and kept their high heels as trophies.

Respected businessman James Lloyd got away with his crimes for nearly two decades, during which time he amassed a collection of 126 PAIRS of stilettos.

The dad-of-two, who was the manager of Dearne Valley Printworks, would attack lone women.

He dragged them into the bushes, tied them up, gagged them with their tights and raped them, before stealing their shoes.

When he was eventually caught, Lloyd was charged with four rapes and two attempted rapes – but police think the true number of his victims could be as many as 120.

The rapist had even taken on a second job as a taxi driver – to mask his real reason for stalking the streets at night.

“The more crimes he committed the more violent he got,” Former Detective Inspector Angela Wright, who eventually caught Lloyd, said according to The Mirror.

The case went cold for 17 years, but then DNA evidence gathered from his sister following an arrest for drink-driving gave police a new lead.

When his sister alerted Lloyd to the police attention, he tried to hang himself – but was found by his young son. 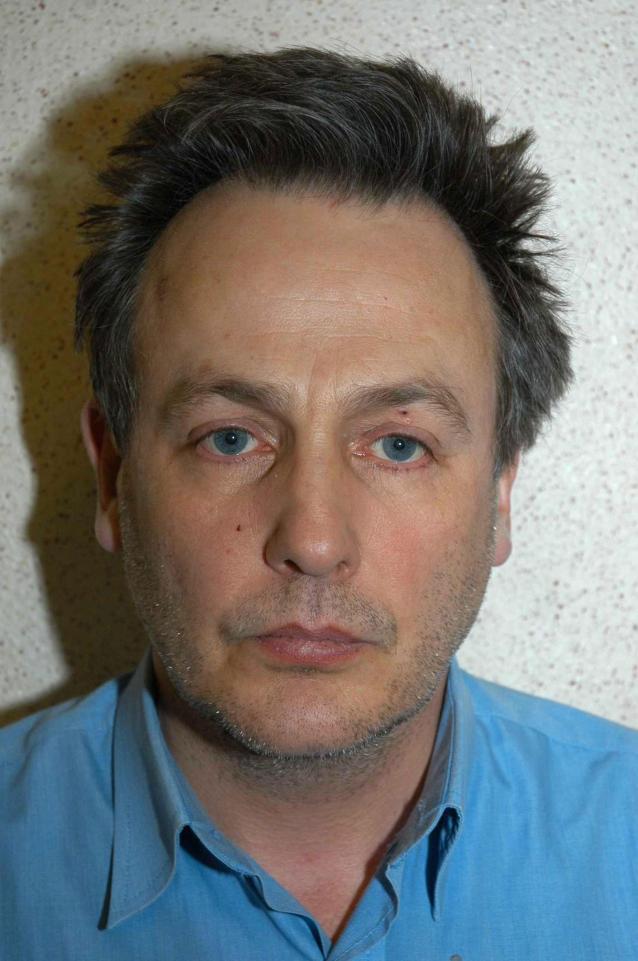 James Lloyd, the ‘Rotherham shoe rapist’, was jailed in 2006 for a string of attacks on lone women

He confessed to a single rape, and police renewed their hunt to prove he was the man who attacked many more in the 1980s.

Angela said: “He certainly had a horrendous fetish for high heels. I spent many hours watching videos of what he did with them.”

When they found nothing at his home, police decided to search Lloyd’s printing firm.

An employee explained their boss spent a lot of time in his office – and didn’t like others going up there.

A search of the office revealed a secret stash of more than 100 pairs of shoes, as well as stockings and tights Lloyd had used to tie up his victims.

Angela said: “I just remember them bringing these shoes down. It was marvellous. I knew then we had our man.

“It was just so many really, really high heels and they had obviously been worn and they did belong to someone at one point.

“It was quite clear to me there were more victims than had come forward. He showed no remorse. He was an individual that just lived in a facade.”

Lloyd’s victims ranged between the ages of 18 and 54 – and were all attacked in the Rotherham and Barnsley areas of South Yorkshire between 1983 and 1986.

He preyed on women walking home alone after a night out.

Author Peter James, who based his book Dead Like You on the case, said: “He would probably have meticulously planned each time.”

It is thought that the workaholic only halted his attacks when he married and had kids. But his obsession with shoes was his undoing.

Peter added: “Serious offenders would have some weak spot. That was his, he couldn’t bear to let go of these offences.

“If his sister had never been caught for drink driving he would probably be a free man today.”

Lloyd’s crimes were committed in a time before DNA and CCTV evidence, making the perpetrator much harder to trace. The high heels were the main lead.

Former Detective Constable David Buxton said: “We began to consider, were the shoes taken just to slow the lady down, for example to stop her escaping?

“Or were they taken for some other purpose?”

But Lloyd’s crimes suddenly stopped and the trail ran cold – until the case was re-opened in 2002.

South Yorkshire Police did new DNA testing on semen samples left on his victims back in the 80s. It was this evidence which led them to Lloyd’s sister.

Lloyd was jailed in 2006 with an indeterminate sentence, and ordered to spend at least 14-and-a-half years behind bars.

He went on to spend just seven years in prison, after the Court of Appeal reduced his sentence.

The Rotherham Shoe Rapist, part of the Written in Blood series, will be shown on CBS Reality on September 17 at 10pm.