A former courier who knocked over and killed a mother-of-two while riding an illegal Olympic-style racing bike for the ‘thrill’ has been locked up for 18 months.

Charlie Alliston, then 18, was travelling at 18mph on a fixed-wheel track bike with no front brakes before he crashed into 44-year-old Kim Briggs as she crossed Old Street in east London, in February last year.

Following a trial at the Old Bailey, Alliston was cleared of manslaughter but found guilty of causing bodily harm by ‘wanton and furious driving’.

Sentencing at the Old Bailey Judge Wendy Joseph QC said: ‘I am satisfied in some part it was this so-called thrill that motivated you to ride without a front brake shouting and swearing at pedestrians to get out of the way.

‘I’ve heard your evidence and I have no doubt that even now you remain obstinately sure of yourself and your own abilities. ‘I have no doubt you are wrong in this.

‘You were an accident waiting to happen. The victim could have been any pedestrian. It was in fact Mrs Kim Briggs.’ 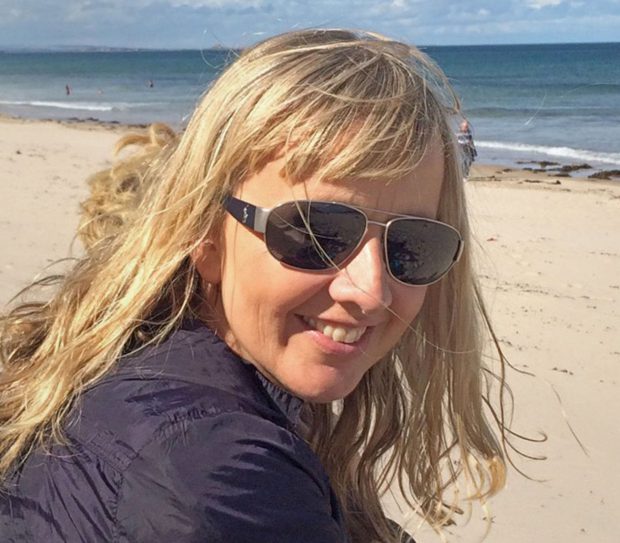 ‘If you bicycle had a front wheel brake you could have stopped but on this illegal bike you could not and on your evidence, by this stage, you were not even trying to slow or stop. You expected her to get out of the way.’

Alliston raised his eyebrows as the judge said his sentence would be custodial.

In a series of posts on social media, Alliston described how he twice warned Mrs Briggs to ‘get the f*** outta my way’.

He wrote: ‘We collided pretty hard, our heads hit together, hers went into the floor and ricocheted into mine.’

He complained: ‘It’s not my fault people either think they are invincible or have zero respect for cyclists.’

But in mitigation, his lawyer Mark Wyeth QC told the court: ‘What we do not have is a callous young man who doesn’t give a damn about anything.’

He said his client had suffered tragedy at the age of 16 when his father collapsed and died from a heart attack on the bathroom floor just a week before Alliston was to sit his GCSEs.

Referring to a pre-sentence report, Mr Wyeth said: ‘There was a lot of vilification in the case in the manner he expressed himself in posts.

‘There is within him, I respectfully submit, a lot of internal sense of emotional turmoil but keeps this hidden as a coping strategy.’

The court heard Alliston was depressed, had broken up with his girlfriend and lost his job.

Prosecutors took the unprecedented step of bringing a manslaughter charge due to the unusually grave circumstances of the case.

The other offence of wanton and furious driving, under the 1861 Offences Against the Person Act, carries a maximum sentence of two years in jail.

Mrs Briggs’ widower Matthew, from Lewisham, south London, has called for a ‘radical change’ in cycling culture and the introduction of new laws, including causing death by dangerous cycling.

Alliston, now 20, from Bermondsey, south London, had denied both charges against him.