At least 20 people have been injured after a safety barrier at a football stadium collapsed during a game this evening. Dozens of fans celebrating Fode Ballo-Toure’s goal during the 15th minute in Amiens, France, were thrown to the ground during the incident.

At least three people are said to have been seriously injured. A number of fans have been rushed to hospital after paramedics raced to Stade de la Licorne stadium. The match between Amiens and Lille was abandoned after the incident. 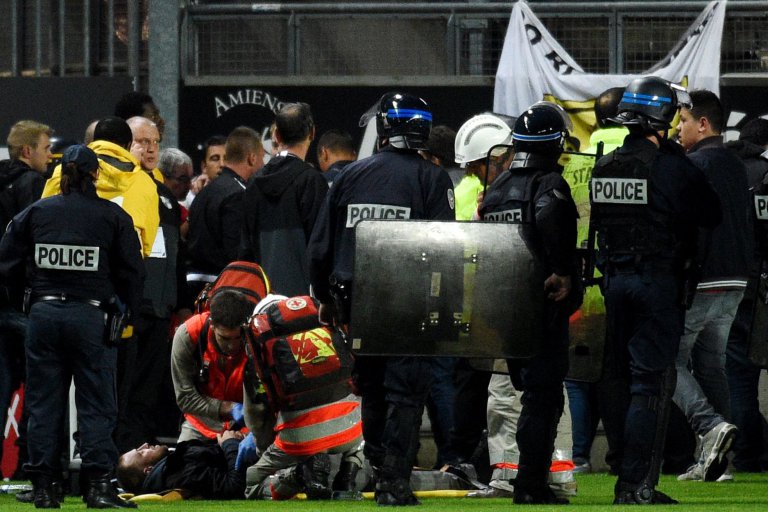 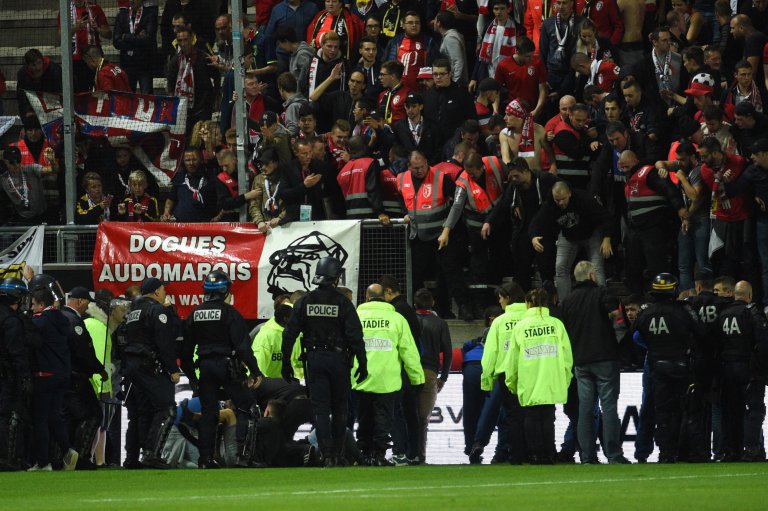 A safety barrier fell through and hundreds of fans fell with it (Picture: AFP/ Francois Lo Presti/ Getty Images) 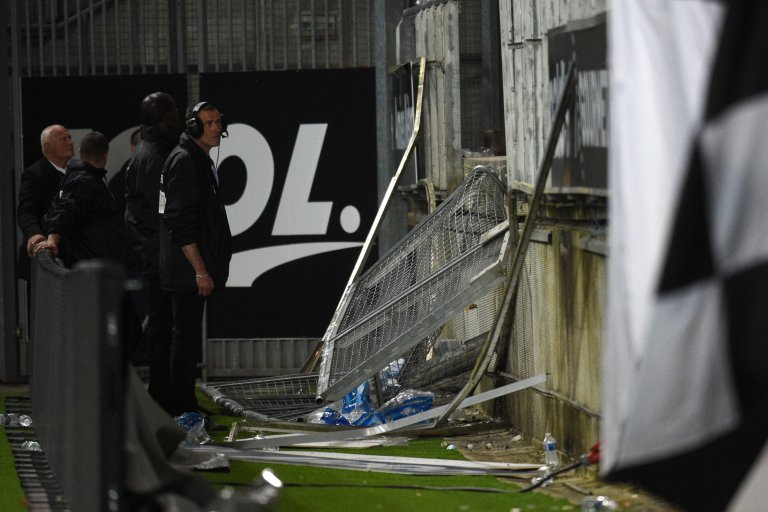 Shocking video from the pitch shows the moment all of the fans came crashing down onto one another. Other fans and officials were seen scrambling to help those beneath the crush.

Match delegate Noel Mannino said: ‘In light of the events, and given the fact that about 20 were injured, three of them seriously, it has been decided that the game would not resume.’