A knifeman has been shot by police after stabbing two women to death in a suspected terror attack outside a train station in Marseille. Soldiers killed the suspect after he unleashed the attack while shouting ‘Allah Akbar’ outside Saint-Charles station this afternoon, according to reports.

The station was evacuated amid a ‘major incident’ after gunshots were heard and there is now a large police presence at the scene. 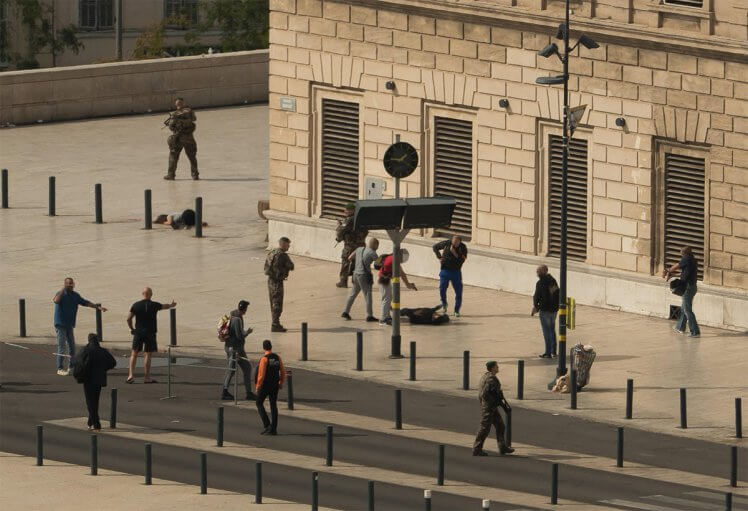 A picture from the scene shows the suspected attacker on the floor on the right and one of his victims on the left (Picture: Paul-Louis Leger/NEWZULU/Alamy Live News). 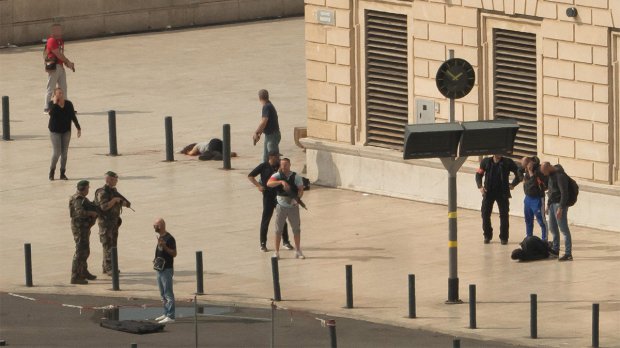 People in the southern city have been urged to avoid the area surrounding the station while security services carry out investigations into the incident. A witness called told FranceInfo: ‘I heard two shots, that was what triggered the panic. 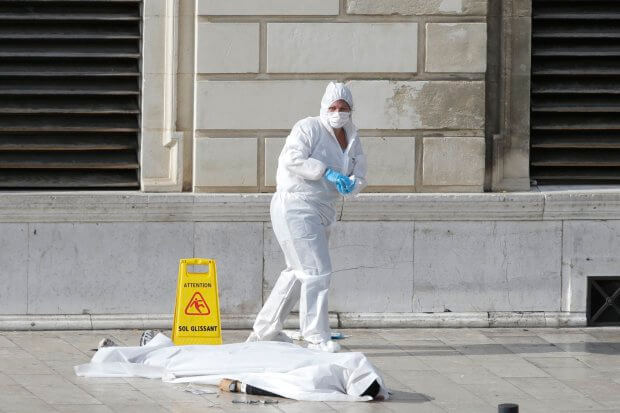 ‘People came out of the waiting room shouting “Run! Don’t stay in the station. Everybody outside.’” ‘I had just got to the station when everyone started running.

‘People outside on the terrace came inside and shouted ‘Run, get out! ‘Then I saw a woman on the floor, they were giving her CPR.’ French Interior Minister Gérard Collomb is understood to be on his way to the scene.

Anti=terror prosecutors have opened an investigation into the killings it said were linked to a ‘terrorist organisation’, as well as the ‘attempted killing of a public official’.