The Las Vegas shooting death toll has risen to 58 with a total of 515 people injured. Authorities stressed they have found no connection to terrorist group Isis following the worst mass shooting in US history.

Stephen Paddock checked in to a room at the Mandalay Bay Hotel and picked off concert-goers at the Route 91 Harvest Festival in the Las Vegas Strip on Sunday night. 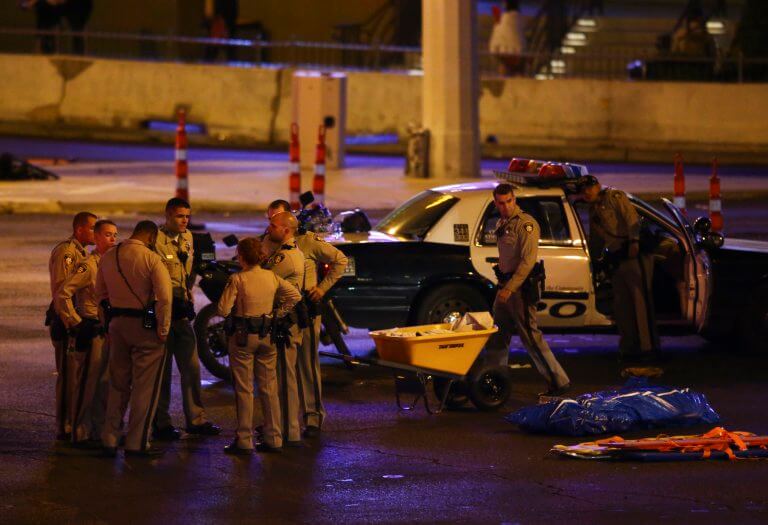 ‘The FBI and the Dept of Homeland Security are working closely with local authorities. I want to thank the Las Vegas Metropolitan Police Department and all of the first responders for their courageous effort and for helping to save the lives of so many.

‘To have found the shooter so quickly after the first shots were fired is something of which we will always be grateful and thankful.’

His brother, Eric Paddock, said something must have made him ‘snap’ to pick off concert-goers from his Mandalay Bay Hotel room. He told DailyMail.com: ‘He was just a guy. Something happened, he snapped or something. 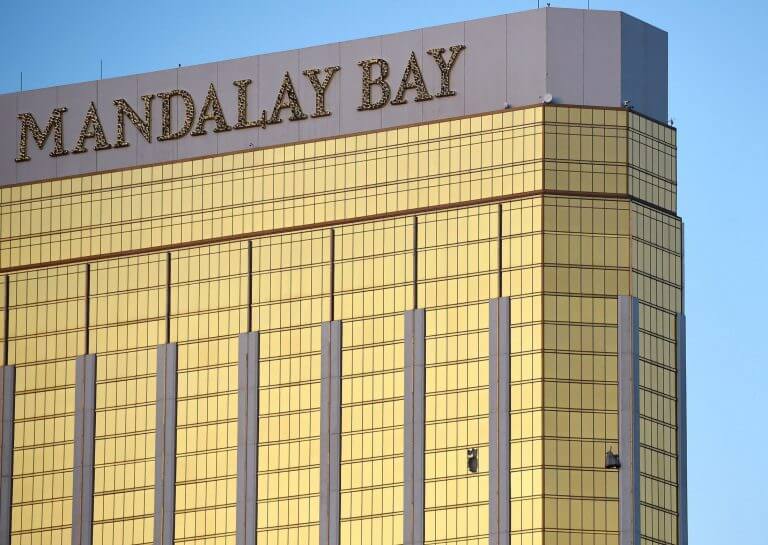 Shattered windows show where the shooter picked off concert-goers from (Picture: Getty)

‘We know absolutely nothing, this is just, we are dumbfounded.

‘We have absolutely no idea. Our condolences go to the victims and all their families.’

Paddock is believed to have killed himself before a police SWAT team burst into his room, where at least ten ‘rifles’ were found.

Clark County sheriff Joseph Lombardo said: ‘We have no investigative information or background associated with this individual that is derogatory. ‘The only thing we can tell is he received a citation several years ago, and that citation was handled as a matter of normal practice in the court system.’